Study in Shanghai & feel the pulse of modern China

Shanghai literally means “on the sea” and its location both by the biggest river in China and by the East China Sea dominates and flourishes the city’s existence and nature. Shanghai embodies how a melting pot of cultures in China can lead to an affluent and successful city with a bright future.

Shanghai represents the most modern edge of today’s China, where you can simultaneously feel the pulse of ancient tradition and the modern drive for progress. Studying abroad in Shanghai allows you to experience and enjoy the city’s unique, vibrant international atmosphere as a meeting point between East and West and seize the many opportunities it offers.

One of the best student cities in the world

Students have also voted Shanghai as the 3rd best student city in the world, especially for the ease of getting around, but also for nightlife, friendliness, arts and culture. Students also praise the wealth of opportunities to meet people from many backgrounds and the buzz of living in a highly international city. 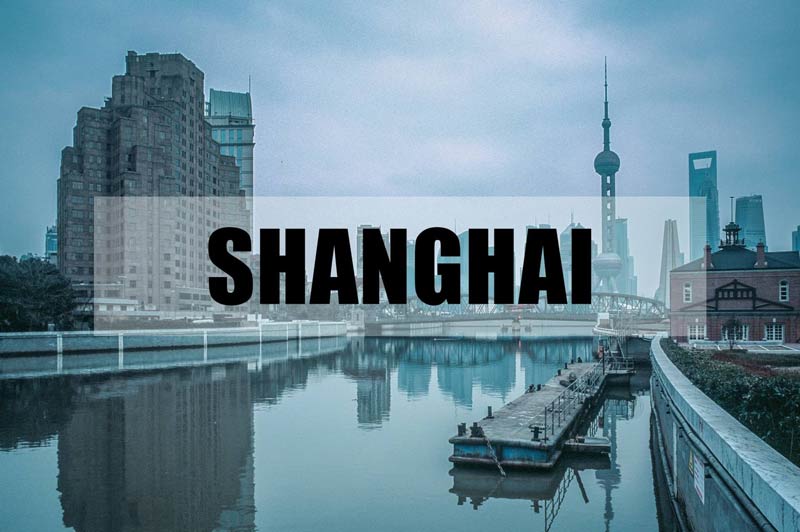 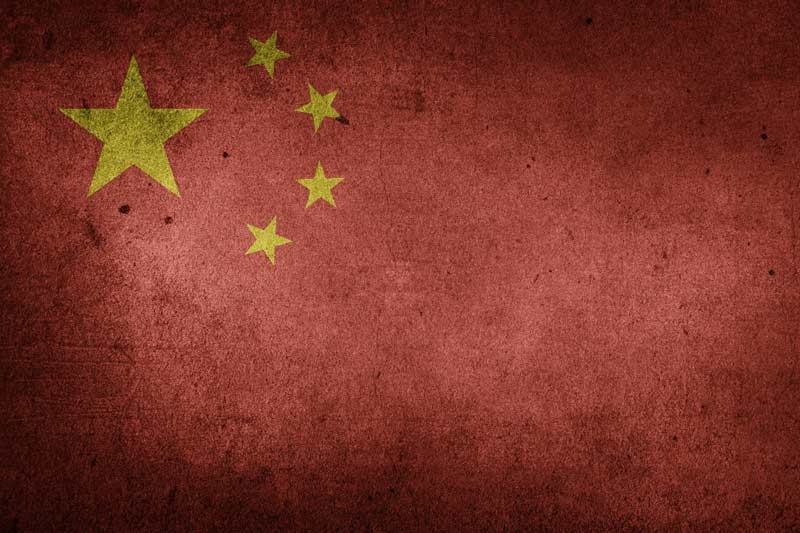 The Bund area has always encapsulated Shanghai’s modernity as the ‘Wall Street of Shanghai’. It is still the most famous area in Shanghai with its grandiose colonial-era buildings that stretch along the Hungpu River. The historic architecture is worth your while as it is but the buildings also host some of Shanghai’s most exclusive hotels, restaurants, bars and shops. A cruise on the Hungpu River when it gets darker is an excellent way to take in the magnificence of the blend of old and new in Shanghai.

Sparkling little pools with colorful fish, shady alcoves, pavilions, rockeries and trees (pines, willows, cherry trees, magnolia trees…), these gardens, that date back to the 16th century and the rich Ming-dynasty, irresistible. The most famous teahouse in China, the Huxinting Teahouse, is right next to the garden entrance. The bazaar and Old Street that neighbor the garden are great for browsing and souvenir shopping.

Shanghai has a humid, subtropical climate that often makes the city grayish and overcast. The winters are chilly but from March onwards the weather warms up, making the whole city blossom. The summer can be very hot, with temperatures sometimes as high as 40°C (104°F) in July, but the weather becomes very pleasant in September and the autumns are one of the best times to visit Shanghai, weather-wise.

Even though travelling in Thailand and the neighboring countries is tempting, Phuket ia

Located in the Yangtze River Delta in eastern China, Shanghai was originally a modest fishing town and largely marshland till the 17th century when a complex system of canals was built to drain the area. Shanghai’s ports started to grow rapidly around the Delta area; fueled largely by the opium trade the city became famous for.

The opium trade can be said to have created the latter day Shanghai as well as attributing the city with the bipolar reputation of being both the ‘Paris of the East’ as well as the ‘Whore of the Orient’. The Treaty of Nanking in 1842 concluded the First Opium War and was Shanghai’s moment to open up its borders for trade. Shanghai became an increasingly inviting city for those who wanted to start over. An excess of foreign cash and no entry requirements for new residents, Shanghai was a city that rejected no one. Indeed, everyone who came to Shanghai, it was told, had something to hide.

Hundreds of foreigners, Brits, Russians and French people, populated the Shanghai International Settlement till WWII and they’ve left a lasting international imprint on Shanghai. Shanghai became the undisputed hub of financial action in the Asia Pacific in the 1930s and is the largest city by population in China today. Shanghai became an autonomous municipality and a special economic zone in 1990 and its economic growth hasn’t slowed since.

tself is also a surprisingly diversified island both in terms of its nature’s biodiversity and the local culture. Especially the above mentioned northern corners and nooks of the island are worth a thorough wander. Also, in the southernmost plains of the island roam around completely wild elephants, among other interesting wild creatures.

If one wants to travel outside Phuket, the easiest way to conquer mainland Thailand is either by crossing the bridge from Phuket or taking a plane to more faraway destinations, like Bangkok, or the largest city in North Thailand, Chiang Mai.

There are also many breathtaking islands around Phuket, for example the Koh Phi Phi Islands, most famous for being the islands where The Beach was filmed. Other gorgeous hide-away islands are Koh Yao Noi, Koh Yao Yai and Koh Raya Yai. There is a harbor in Phuket Town where you can hop on one of the ferries that travel to the nearly islands only in a matter of a few hours. After having Thailand under your belt, you can enjoy the excellent connections from the Phuket International Airport to, for example, to various destinations in Malaysia, China, Japan, Singapore, Vietnam and Indonesia. You can find more information on traveling in Asia here.

The Shanghai region that consists of the city and two neighboring provinces, accounts alone for almost a third of China’s exports. China is the world’s fastest growing economy and Shanghai, with its economy expanding at a rate of 12%, is at the heart of the massive structural changes stirring the global markets.

Summer starts, at the latest, in November and banishes the left over rain clouds from the horizon. The weather is excellent all summer long, and since the summer season in Thailand takes place during the European winter, Phuket is a popular Christmas break destination for Westerners. The summer season continues till May and during the season the daily temperatures often rise above 30 Celsius.

The food in Shanghai rewards adventurers’ taste buds. There is an impossible amount of excellent street food and the easiest way to find your favorites is to try as many different things as possible. Soy sauce and sugar spice up many dishes, as does alcohol, which is used in modest quantities when cooking and steaming fish, crab and chicken.

A xialongbao, or a steamed pork dumpling served with soup and wrapped up in a wonton wrapper, is like the hot dog of New York, an iconic Shanghai street snack that everyone adores. There are two regional varieties of soup dumpling: the Nanjing-style (tangbao) dumpling that has a translucent skin, a little less pork and a savory broth; and the traditional Shanghainese xialongbao which has a thicker skin, hearty amount of pork and a sweeter soup.

Shaokao, known as the Chinese barbecue, is the perfect late night snack. There are shaokao spots all over the city and you’ll recognize them from the pick & mix method of ordering. Customers choose from tables laden with an enormous amount of different vegetables and meats, putting their choices on a tray and then handing it to the cooks at the grill who season and grill it to perfection.

Being a vegetarian in Shanghai, as in anywhere in Asia, can sometimes be a challenge. Chinese people don’t always understand why someone wouldn’t want to eat meat but this doesn’t mean meat dominates every course. Often the dish is 90% vegetarian and a little meat is used to flavor the dish or garnish it with, for example, a sprinkle of pork. There are 100% vegetarian options that are in no way shadowed by their meatier counterparts when you know what to order.

Try the qingcai baozi, a steamed bun filled with bok choi, mushrooms and tofu. Cha ye dans are hard-boiled eggs which have been marinated in tea with soy sauce, vinegar, star anise and cinnamon. Watch out for the very similar looking Maodan eggs – they are fertilized eggs boiled with the foetus inside. Da congyou bing is a delicious veggie pancake, and bamboo tofu is the king of all tofu (nothing like the Western cubes in plastic trays with water!).

It’s not only Chinese food that Shanghai excels in. There are, for example, excellent French, Italian and British restaurants that have become immensely successful with not only the expats but locals as well. The French Quarter in Shanghai is scattered with French treats, everything from bistros and bakeries (Farine’s the best one in town) to wine bars that show French movies (Le Petit Franck). Even if you are sticking to a strictly Chinese diet, French Quarter is a delightful neighborhood; a little French village really, with its art deco houses, 1920s mansion and secret walled gardens.

A surprise hit, Mr Harry Authentic British Restaurant, serves everything English: the full breakfast, apple and rhubarb crumble, fish and chips and bangers and mash. The restaurant is located in a mall next to the main branch of Marks & Spencer in Shanghai.

Getting used to how big Shanghai is takes a while but get an up-to-date (jiao tong) map and do some homework before you jump on any vehicle. Shanghai has an excellent public transportation system that includes busses, ferries, a subway as well as a light rail. Public transportation is cheap and so are the taxis for shorter distances. Keep in mind that Shanghai is divided into two main areas by the Huangpu River. It’s useful to know whether you’re going to Pudong (east of the river) or to Puxi (west of the river), as well as to which of the 16 districts of the city.

Rush hour is also something you need to calculate in when estimating your travel time. The rush hour lasts from about 7.30-9.00 in the morning and from about 4.45 to 6.30 in the evening. Taxis are the quickest way to travel during rush hour. The subway is always very crowded, regardless of the hour.

The Chinese currency is called Renminbi (RMB), or ‘people’s money. The basic unit of RMB is the yuán (Y). Shanghai is scattered with ATMs that take foreign cards, and you can pay with credit cards in many shopping centers, hotels and fancier restaurants.

Shanghai is one of the priciest cities in China but there are inexpensive ways to shop, eat and travel once you get to know your bearings. The local restaurants serve you fantastic food for little cash – if you have the courage to take on a menu in Chinese. You don’t have to tip if the service is already included in the bill, so check it before you dole out the money. Travelling by metro and bus is very affordable, as are taxis for short journeys.

Shanghai is a relatively safe island. Beware of pick-pockets in crowded areas and don’t keep all your cash in one place but divide it among your wallet and pockets. Do not leave valuables in your hotel room, especially if you choose a cheaper accommodation. Find out more about general safety instructions at our destinations.

Measles, mumps, rubella (MMR) and Tetanus-diphtheria should be kept up-to-date. Hepatitis A and B are recommended. Japanese encephalitis is recommended for those who are planning on spending a month or more in rural areas or who are going to spend a lot of time outdoors in rural areas after dusk. Consult your doctor before leaving.

Vaccinations
Back to the main Study in Shanghai page