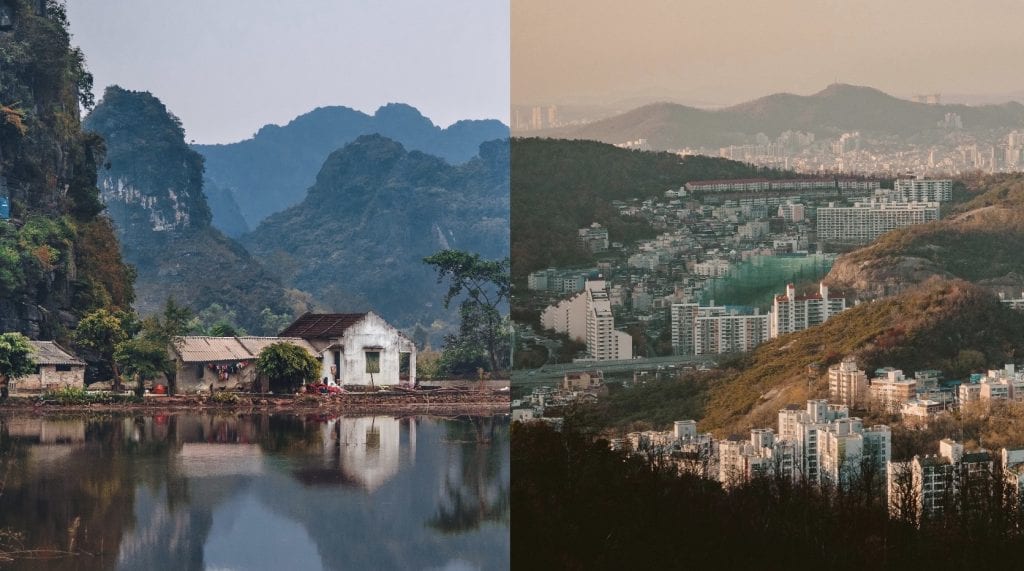 Find out what Vietnam and South Korea have in common

Vietnam and South Korea have been vital partners for decades, and the Republic of Korea has been a great model for Vietnam to emulate during its rapid growth in the post-cold war era. Although there are differences between these two Asian countries, they remain bonded by history and culture in many ways.

Vietnam is a country that is situated in Southeast Asia. The country is known for its delicious food, beautiful white sand beaches and friendly locals. South Korea is situated in East Asia and is recognized as the centre of globally influential pop culture, that is a part of the so called Korean Wave phenomenon. South Korea is also known as a technology giant.

Vietnam and South Korea have been one of the best surviving countries during the global COVID-19 pandemic due to quick actions done by the government. Reasons behind this may relate to the same model of political governing, culture and social structure. Life in these Asian countries is currently operating close to normal, and institutions of higher education are continuing their semesters according to the plan. 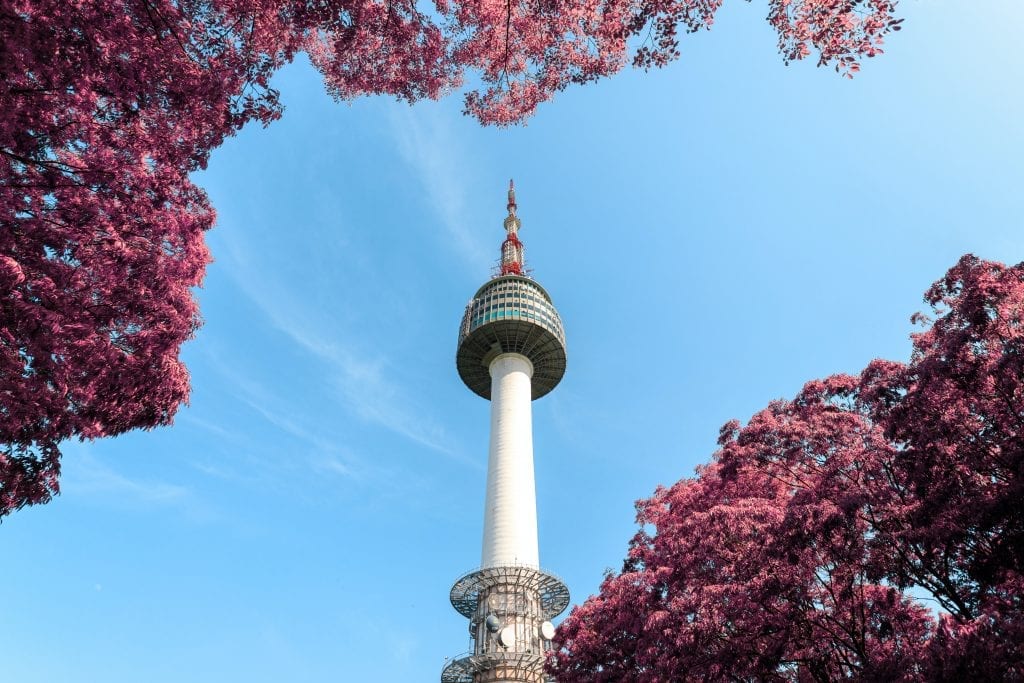 Life in South Korea and Vietnam is getting back to normal. Picture by Aleksandar Pasaric

Perhaps one of the biggest differences between Vietnam and South Korea is the climate and nature. South Korea has a temperate climate and experiences four seasons. Winters can be cold with a decent amount of snow which attracts skiers to the mountains.

Vietnam is warm all year around since it has a tropical climate, although there are still some regional differences. At higher elevations, the weather is significantly cooler. In the North, summer months are hotter and have more rain while winter months are dryer and cooler. 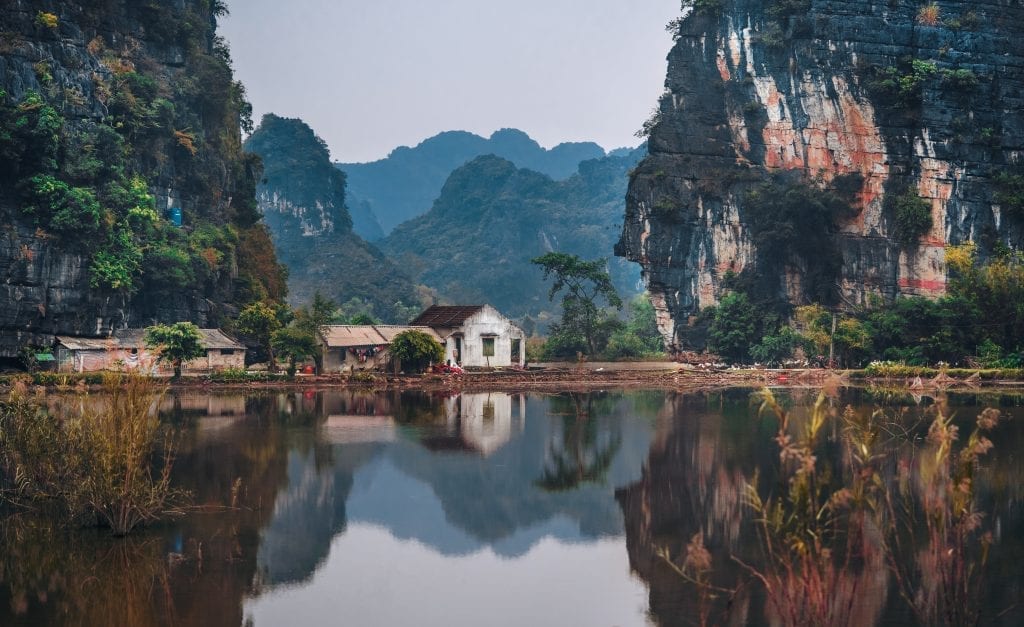 In Vietnam, you get to enjoy the warm weather and tropical scenery all year around. Picture by Ruslan Bardash

South Korea’s economy has been constantly evolving for several decades which has led to an increase in luxuries and a higher cost of living. For tourists, traveling to South Korea comes with higher prices but with a good value for the money as modern conveniences are everywhere. Vietnam is a fairly inexpensive destination compared to South Korea.

Korea and Vietnam share the same Confucian ethical philosophy and model of political governing, culture and social structure. Four years after the 1992 normalization of diplomatic ties, South Korea was already annually conducting 1.3 billion dollars of trade with Vietnam, making them Vietnam’s third-largest trading partner. To this day, the partnership lays on solid grounds.

South Korea is a constantly evolving economic powerhouse and Vietnam has been growing rapidly over the last decades, becoming one of the largest business centers in Asia. The growing economy has made more room for international workers but also students.

Did you know that Via Asia Exchange, you can also do two semesters abroad and even combine studying in both of these amazing countries? Read more about it here. 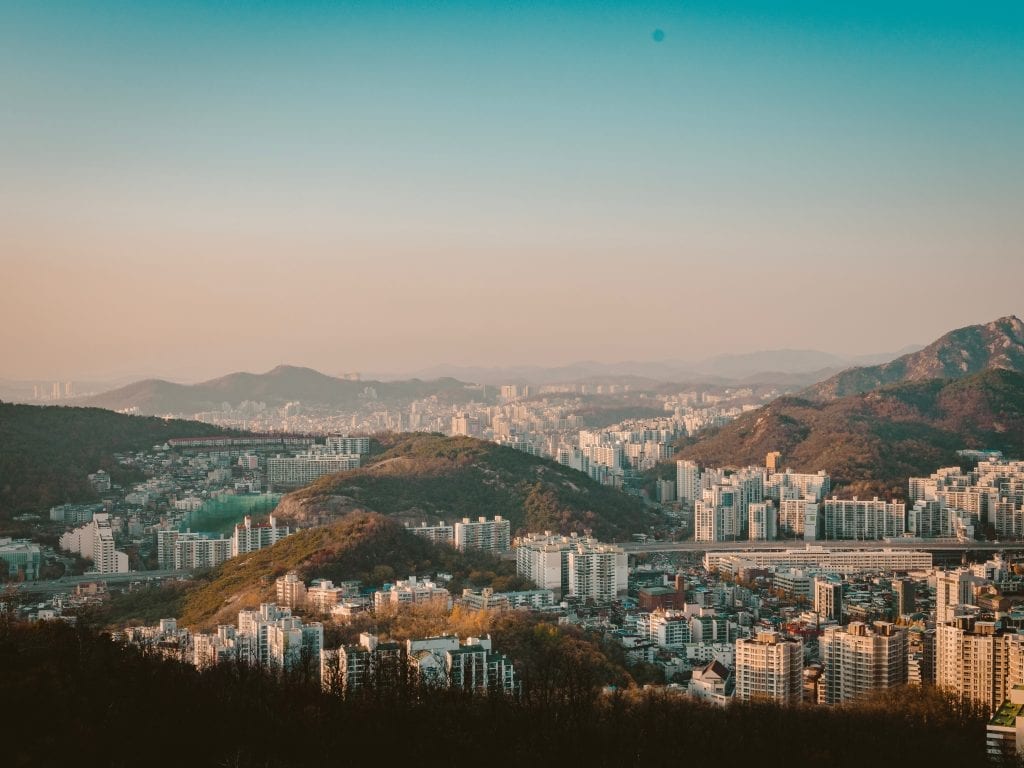 South Korea has been a great model for the rapidly growing economy in Vietnam. Picture by Marius Mann

Geologically, even though South Korea and Vietnam have totally different climates, they both share long coastlines and have a highly mountainous landscape. Western Vietnam, near the Laos and Cambodia borders is heavily forested and mountainous. Korea is 70 percent covered by mountains and more than 60 percent of South Korea is forested. In Vietnam, forested areas cover around 40 percent.

South Korea’s one and only land border is with North Korea whereas Vietnam shares borders with Cambodia, China and Laos which gives the access of traveling to nearby countries on mainland. Otherwise, South Korea is surrounded by water. The breathtaking coastlines of Vietnam and South Korea reach thousands of kilometers. 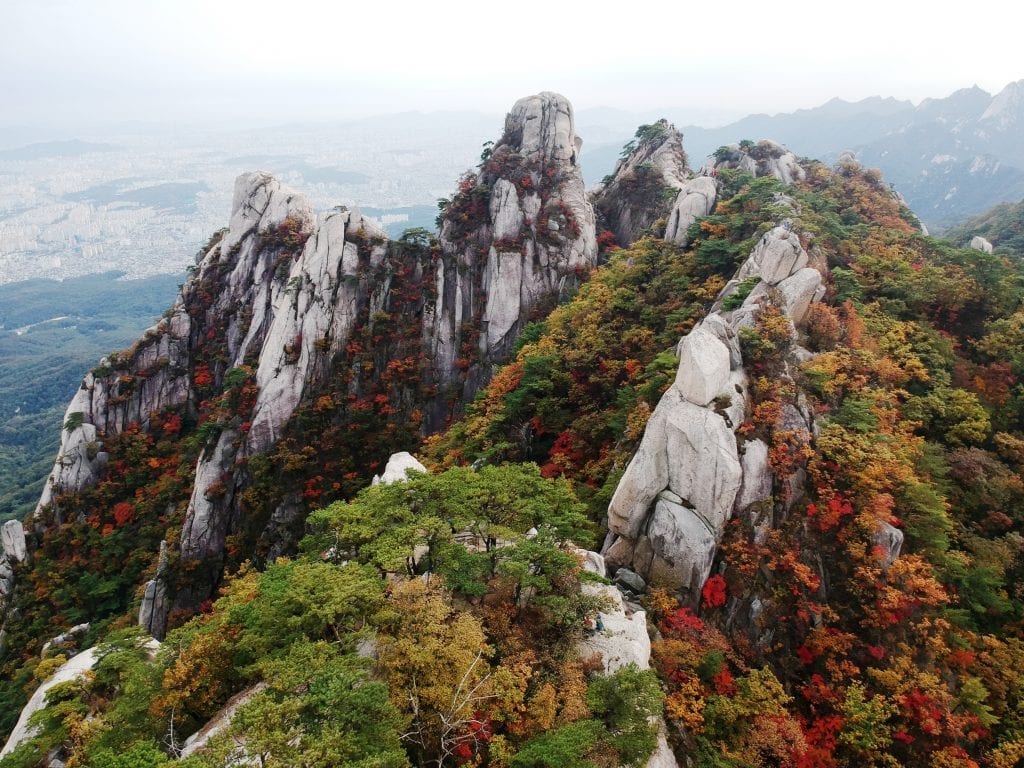 The Bukhansan National Park in Seoul is only one of the other 21 in South Korea. Picture by Ramesh Kumar Saini

Bonded by the culture

Although Vietnamese and South-Korean cultures have their own nuances, there are several similarities. The Vietnamese and South Korean food culture relies heavily on rice which is a staple ingredient that almost no meals can go without. In addition to rice, noodles and different soups are very popular. Street food is also a big part of both countries’ food culture and during the evenings you can find people where the street food markets are at. 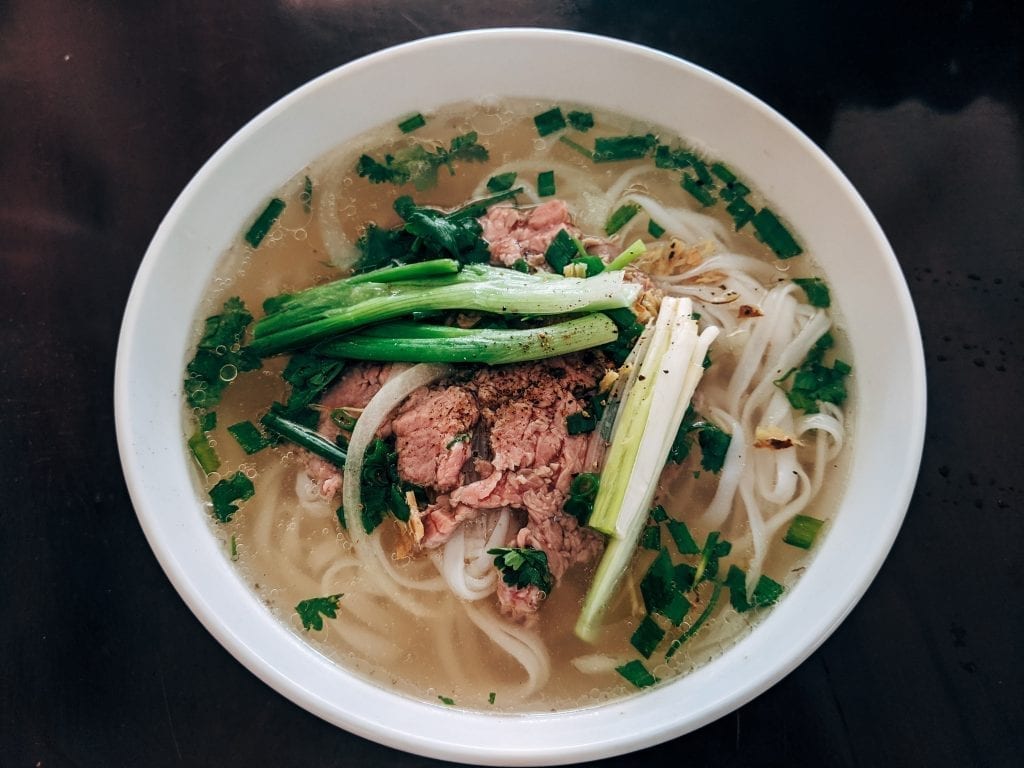 When it comes to sports, football is a big part of the culture. Since the 50’s, South Korea has been one of the biggest football countries in Asia and historically the most successful Asian football team. Vietnam was introduced to football in the 19th century by the French and to this day, Vietnamese supporters are thought to be one of the most passionate football fans.

Other cultural similarities to mention are that both countries celebrate the Chinese New Year on the same exact date. South Korean and Vietnamese also both wear traditional clothes. 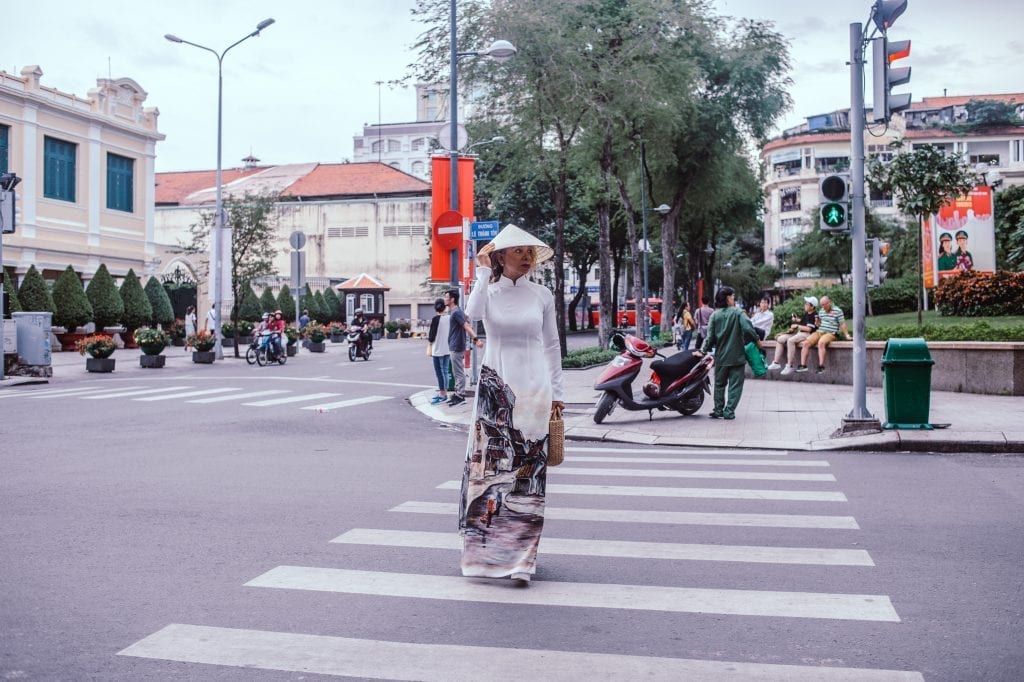 a surprising amount of similarities

As can be seen, despite being thousands of miles apart from each other, the two countries possess a surprising amount of similarities – historically, culturally and mentally. If you are looking for a life changing experience in an Asian country, Vietnam and South Korea are just for that.

This article was written by our communications intern, Sofia!

PrevPreviousWhat is it like to live and study in Taipei, Taiwan?
NextAlumni Elina and Miika: “Without the exchange in Bali, we would never have met”Next