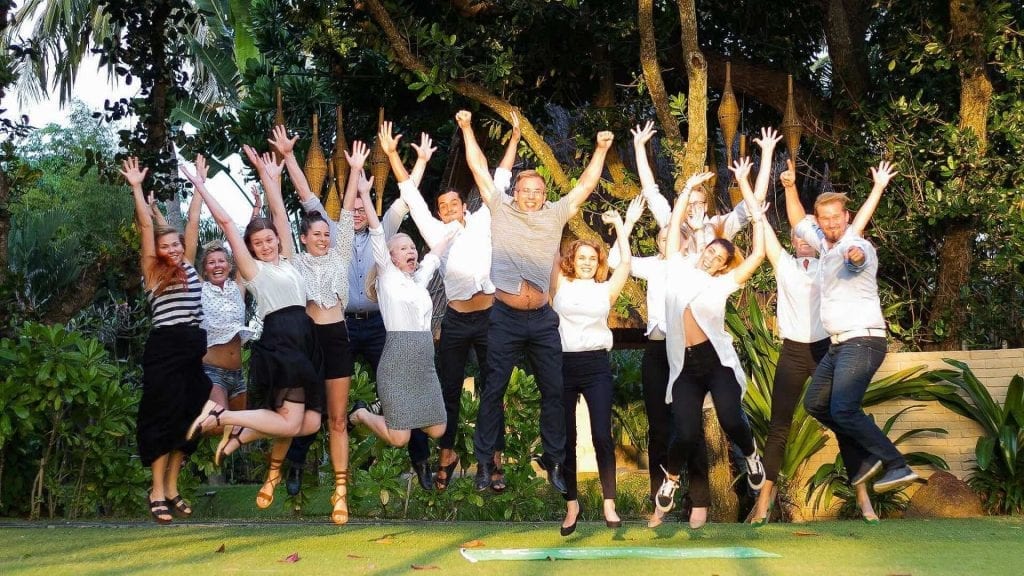 Asia Exchange turned mighty 10 years in 2017. To kick-off the year of celebrations, we took a trip down memory lane to let you have a look at where it all started.

Let’s go to the beginning of Asia Exchange, to have look at where it all started! Photo by Asia Exchange / CC BY

Harri Suominen and Tuomas Kauppinen had just finished off their studies and their exchange semesters in Shanghai in the middle of 2000’s. They were back in Finland’s capital city Helsinki, building their careers at big multinational companies, busy with their schedules and lives of 20-somethings. Little did they know, that in 10 years, they would be running the world’s largest and most international study abroad organization focusing on Asia. All it needed was guts, dreams and passion – and know-how to put it all together. 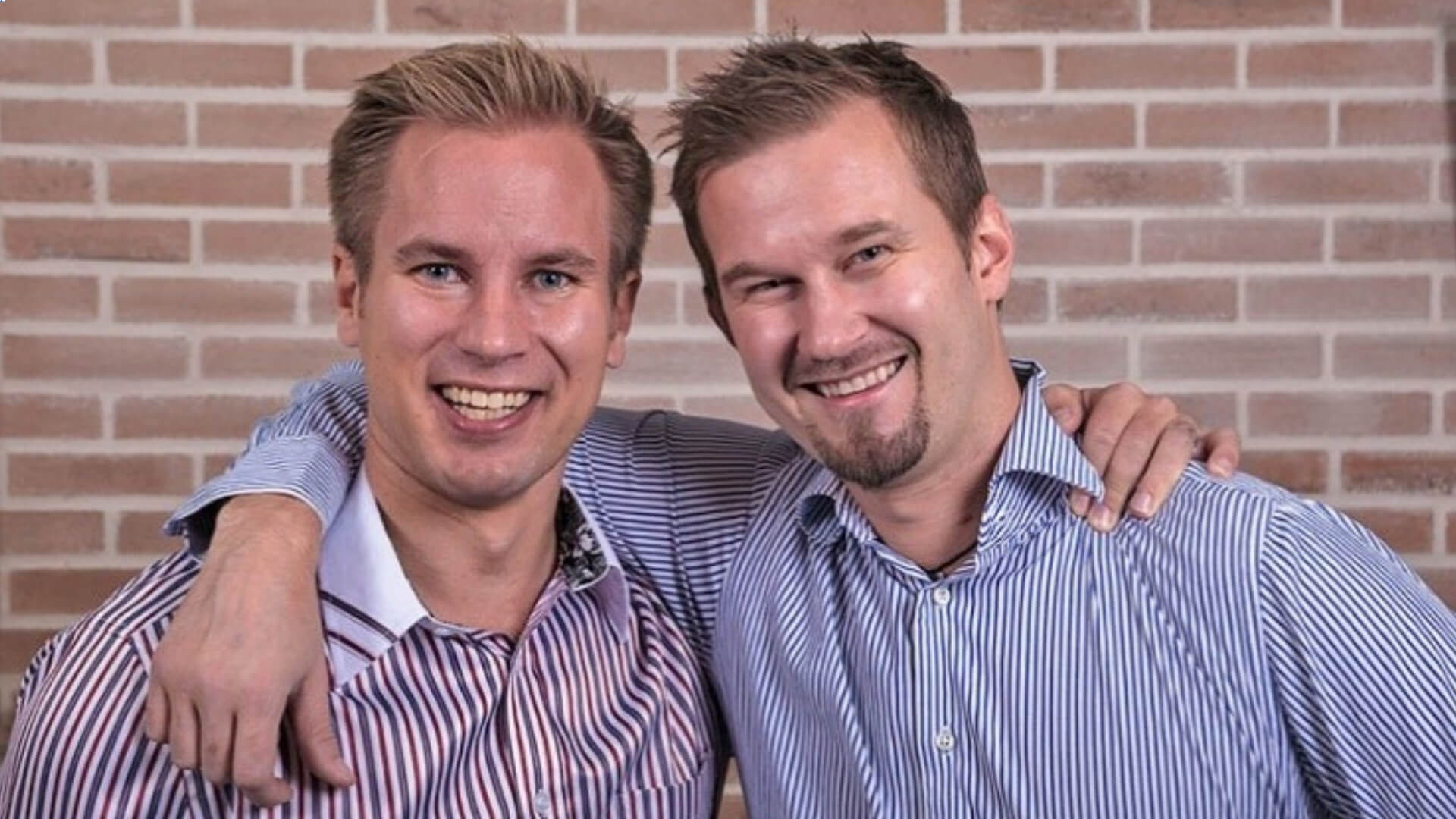 Harri and Tuomas were friends from afar, not quite from the same sandpits and courtyards of Finnish town Nokia, but close enough. Nonetheless, it was only their life changing experiences in China and Shanghai that had brought them under the same roof in Harri’s apartment in Helsinki.

Without Harri having a clue, Tuomas had actually taken the first steps already. After his semester in Shanghai, he had traveled to Cantonese capital to have a meeting with Guangzhou University about potential collaboration. The university was interested, but there was a twist. They wanted to see all the brochures and materials first.

The brochures and materials were Tuomas’s smallest problem. There was not even a name, no logo, no nothing for the company. Just a thought. Off he went to a shady copy shop, wrote an A4-size leaflet, put flags of Finland and China in the corners and let the old dusty printer sing.

Next day, he walked over the street from his ramshackle hostel to a lobby of a luxurious hotel and begun waiting for the pick-up the university had organized. Efforts paid off and the agreement was signed. Not that day though, but a couple of years later.

Guangzhou University liked the initial idea Tuomas had proposed, but some edges needed to be polished.That’s what Harri and Tuomas began working on, night after night, after finishing their regular working days. “We started contacting more Asian universities and creating a brand. Our friend drew us the first logo and we named the company ‘Experience’ “, Harri recalls. Later it turned out, that someone had already registered Experience in Finland.

After that in only took us a couple of minutes to come up with “Asia Exchange”.

They still wanted to keep hold of “Experience”, and that became part of their first slogan “Experience your chances”. “We kept that until some native English speaker told us, that it doesn’t actually mean anything”, Harri laughs.

Asia Exchange was registered in August 2007 and the first agreement was soon signed with distinguished Prince of Songkla University in Phuket. The following spring semester saw the first student group in Asia, as eleven Finns boarded their flights to southern Thailand. 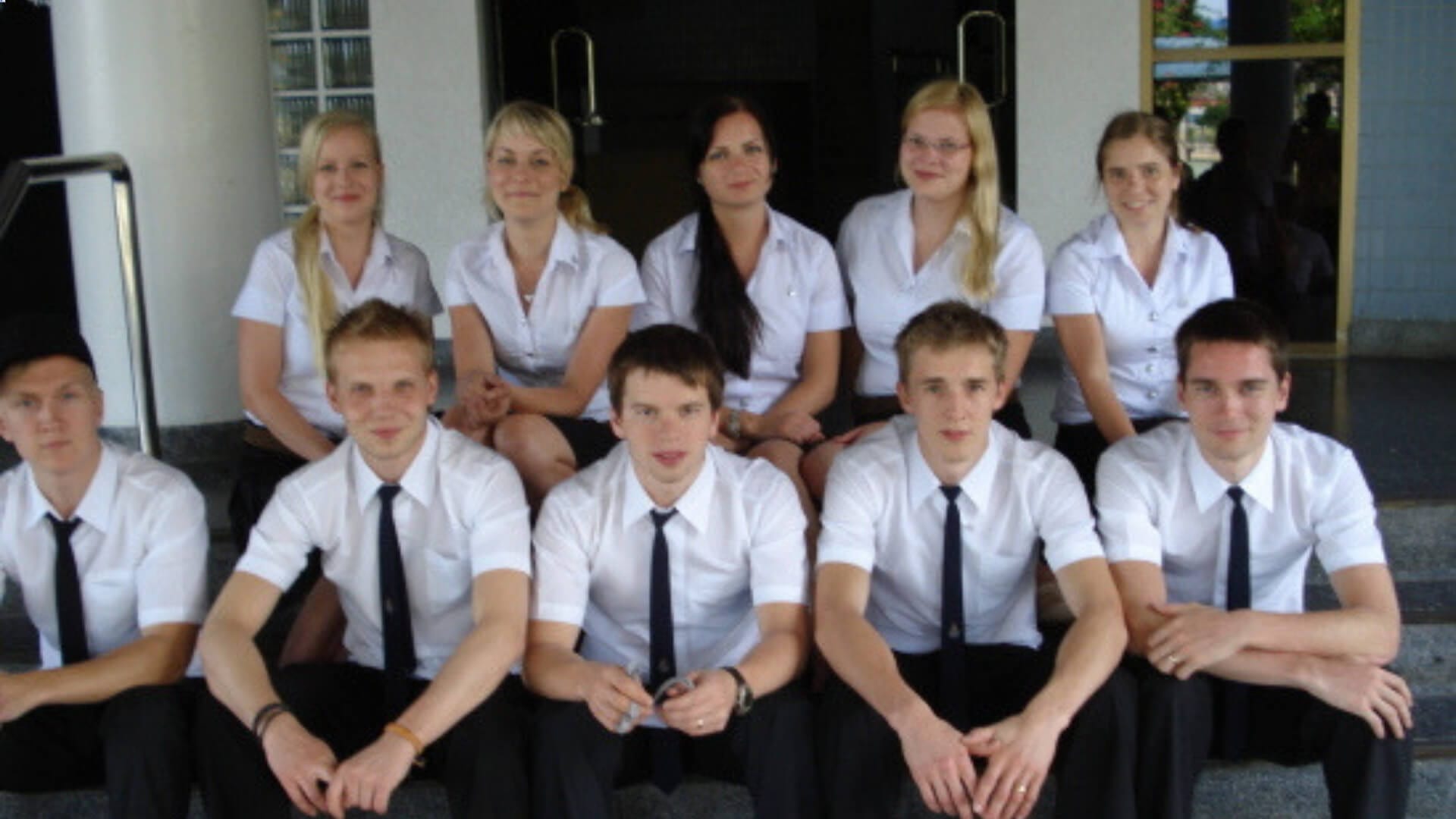 The demand was clearly higher than Harri and Tuomas had ever expected, as they managed to help 79 students to Asia during the first year only. Next year the number was tripled, and by that time it was obvious they needed to get international. The first foreign application came from Czech Republic in 2009 and after that, there’s been no need to look back.

In first 10 years of existence, more than 4000 students from more than 400 universities and 50 different countries took a chance and went to Asia using Asia Exchange’s services. Finland still remains an important sending country, but these days no more than every fifth application come from the company’s home base. There’s been substantial and ever-growing demand from Germany, France, the Netherlands, Belgium, other Nordic countries and the United States to name a few.

At the same time, the partner university network has extended to six destinations, with students finding high quality options in Korean, Taiwanese, Chinese, Thai, Malaysian and Indonesian universities. (Update: In 2018 New Zealand was added as an extra option outside Asia)

“There would have been much more interest to be our partners, but all the destinations need to be attractive enough with uncompromised academic quality. We want to be selective and pick only the best and most suitable universities in every single area”, Tuomas explains.

While the first couple of years were sometimes run on more enthusiasm than pure knowledge, the operations of Asia Exchange have transformed to being highly professional in the 2010’s.

The first logo of Asia Exchange. Can you find the similarities with our current logo? Photo by Asia Exchange / CC BY

Today, the company employs 17 people altogether in their headquarters in Tampere and the side offices in Hong Kong and Bali. “Internally we have set an ambitious target to be Europe’s best employer for each and every one of our staff”, Harri and Tuomas underline.

If the experiences in Asia have been life-changing for thousands of students over the years, the journey has definitely changed the lives of the co-founders as well. Not only have both of them found their spouses during the travels and set up families, they have been able to put together their passions for Asia, education and enabling experiences for others.

“That’s been the absolute highlight of these 10 years. Still after 10 years, I get goosebumps when someone comes to shake my hand and says I wouldn’t be here without you. I wouldn’t have had a chance”, Harri says.

As the first 10 years have passed by just like that, the speed is only likely to increase. Asia Exchange wants to maintain its position as the world’s largest, most international and most affordable study abroad provider focusing on Asia.“Besides working as a student recruiter, we also want to be seen as a consultant especially for Asian universities with their internationalization strategies”, Harri and Tuomas explain.

In the future, their efforts will not only focus on helping people to Asia, but bringing Asian students to other direction at the same time. Harri and Tuomas are also the founding members of Edunation, a company with the goal of helping students from all over to world to study in Finland.

Let us help you to study abroad in one of our destinations. Check out which destination suits you the best!

Find out more about studying abroad in Asia

PrevPreviousMy Internship in Bali
NextWin a Semester Abroad with Flights!Next