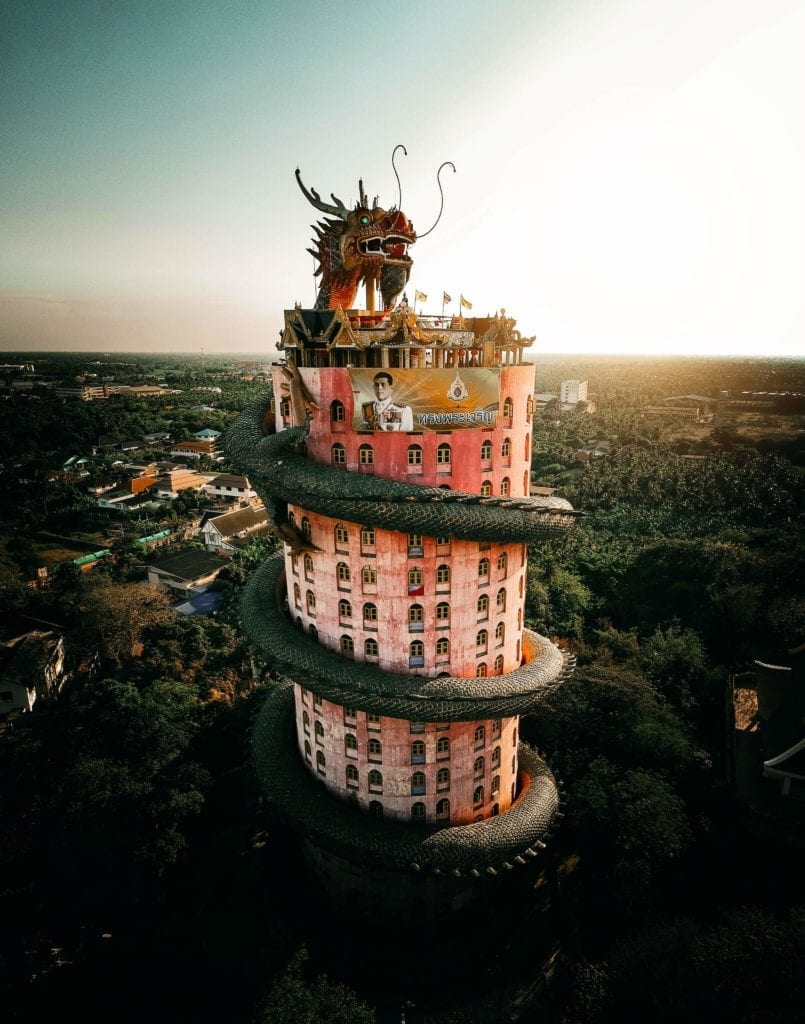 “Many things here are better than in Europe” (Stephan in Bangkok)

Many things here are better than in Europe 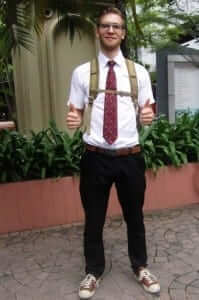 Stephan studied abroad at Siam University, Bangkok, Thailand during autumn semester of 2013. During his exchange, he was an engineering student from Germany. From below you can read Stephan’s experiences from the final weeks of his exchange.

It was Stephan’s first time in Asia so some things definitely took the German students by surprise. Especially the humidity in Thailand’s capital city was surprisingly hard to get used to.

– I also got lost during my first school day. I had a map but it wasn’t scaled so I had no clue how long the distances really are. Luckily one of the helpful locals gave me the right directions and I found my way, Stephan tells now, after nearly four months of living in the massive Bangkok.

During the four months Stephan has defeated the culture shock and now he is really enjoying his life in Bangkok and the studies at Siam University in Western Bangkok.

– Many things here are better than in Europe. People aren’t always in a rush and, for example, food is much cheaper than in Germany, Stephan says.

During his stay, Stephan has gotten to know the local culture both in the university campus area and outside of it. The German student has had time to make trips to many parts of Thailand, for example to some of the Southern islands along the coast. He has also visited Malaysia and there’s even more to come. After the semester ends, Stephan is heading to China, where his friend is living at the moment.

– I’d like to see Beijing, Shanghai and Hong Kong.

Travelling hasn’t been the only way to learn about Asian culture. Stephan has taken a Thai food cooking course, for example. There he learned to make real spring rolls and curry food. In addition to student activities, Siam University has provided some great opportunities to learn more about the Thai culture as well.

– For example, we had a Thai boxing course which was held by the actual former champion of Thai boxing. Meeting him and taking part in this course was a really great experience.

Stephan is also very happy about the fact that he has had a chance to get to know many students from Myanmar. They have had same projects and conferences and it’s been really interesting for both the European and the Myanmarian students.

The studies at Siam university aren’t, of course, comprised of only Thai boxing and conferences with other students. During the semester Stephan has been sitting in many business classes. In Germany, Stephan studies Engineering but in Bangkok, he chose to take business courses because they’ll probably help him in his future plans, especially because Asia’s importance in the global business is growing all the time.

– I have both International Economics and International Banking courses. It’s good to know more about supply and demand and exchange rates, Stephan says.

Besides business courses, Stephan also studies Thai civilization and Spanish. He has already studied Spanish in Germany and decided to continue his studies in Bangkok because Siam university offered him a great chance to do that.

Though it’s hard to believe, Stephan’s semester in Bangkok is almost over. The final exams take place in the middle of October. Then Stephan flies to China and after that, he’ll travel back to Germany. Although the culture shock has been defeated and Stephan has really enjoyed his stay in Bangkok, he is also happy to fly back home. Still, Stephan’s sure that he’ll never forget all the great experiences he has had during his time as an exchange student.

– The best thing here is the mixture of all different experiences: great parties, studying, traveling, meeting new people and much more.

Find out more about studying in Bangkok:

PrevPrevious“I’m much more comfortable with talking to new people” (Saara in Bali)
Next“Everything is possible because you can get to everywhere from Bangkok!” (Michael in Bangkok)Next