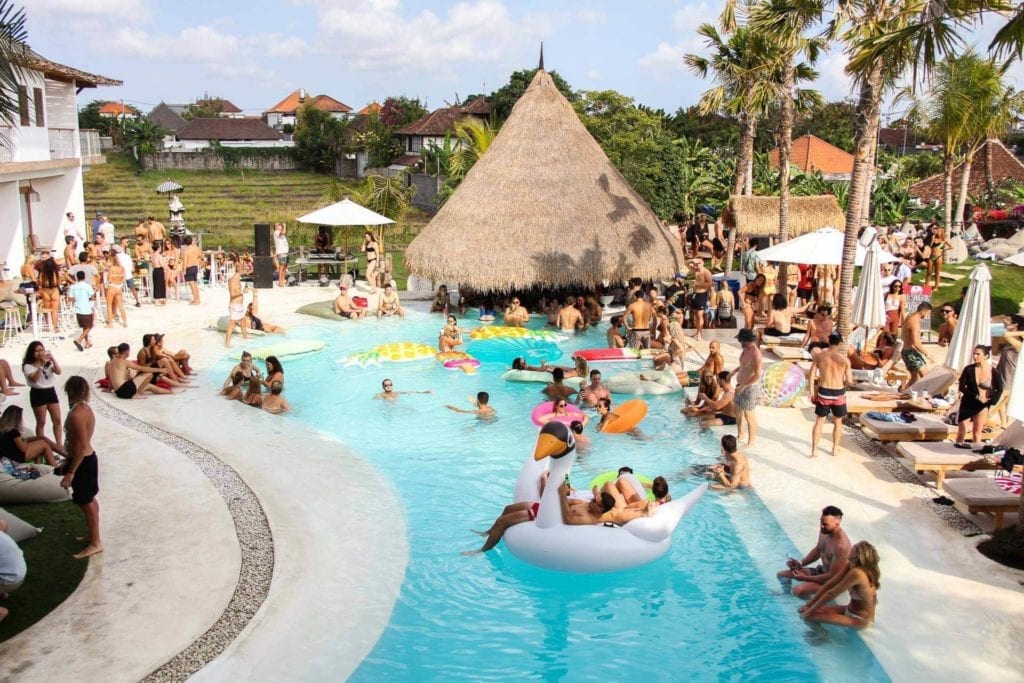 A look at the start of autumn semester 2019 in Bali

September has come once again and in Bali that reckons the beginning of an unforgettable chapter in Asia Exchange students’ lives. These adventurous souls are lucky and brave enough to take the step out of their comfort zone and experience something completely different, hands down. Last spring the 10th anniversary with Udayana University was celebrated and this time there was again cause for celebration (when isn’t there, right?). Not only is the autumn semester 2019 the biggest batch of students Asia Exchange has helped to live their dream, but also the launch of a new program, the Bali Business Foundation Program is a milestone reached in the history of the organization. Let us celebrate! 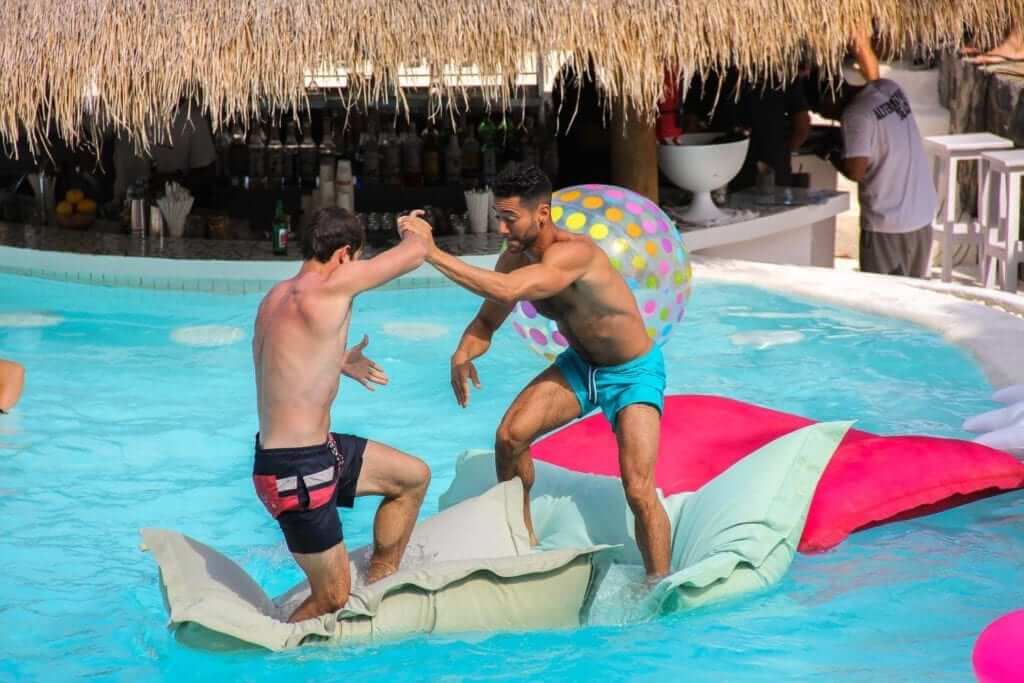 More students than ever before chose Bali as their study abroad destination for Autumn semester 2019. Looks pretty awesome doesn’t it? Photo by Emil / CC BY

A tradition has formed of getting together the students before the semester starts for an unofficial little party. The pre-semester get-together is a pre-ice-breaker party, which was thrown this time at Salvador in Canggu, which generously offered collaboration by giving a 20% discount for all of the students through the entire semester! The party proceeded in a more or less orderly fashion and first connections were made between the participants. Needless to say, the night continued rather, hmm, moist! 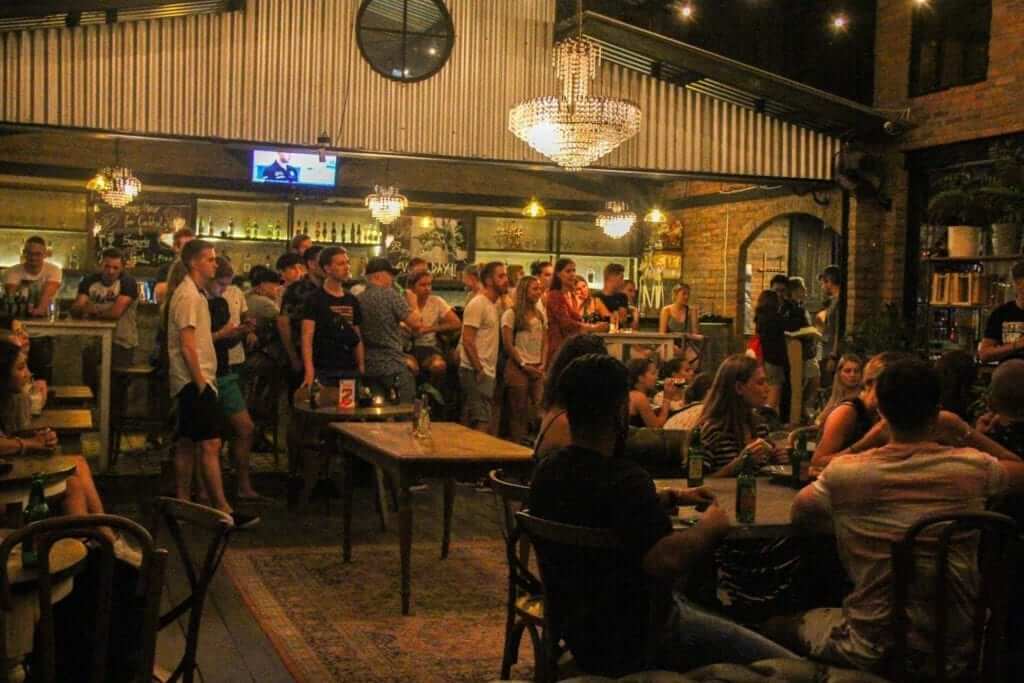 The pre-semester party at Salvador in Canggu was the first time our students got to see each other. Photo by Emil / CC BY

The tension could almost be touched with a bare hand when the UNWAR (Universitas Warmadewa) exchange students entered the auditorium, patiently observing their new study environment. Some had been to Salvador and wasn’t meeting fellow students for the first time but the majority were novices. Soon after the welcoming speeches, the founders of Asia Exchange managed to uplift the mood and create excitement by hyping the upcoming four months, as they always do! The speeches were received with smiles and laughter, which in return resulted in more openness and a light-hearted mood for the rest of the day. 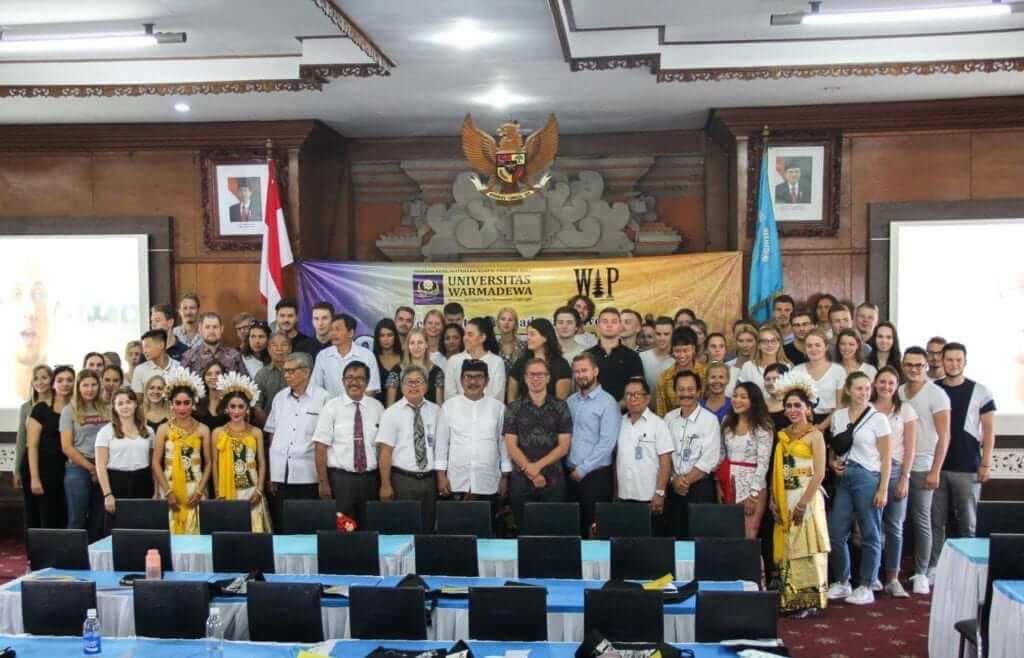 Many of the students were nervously laughing during the photoshoot. Photo By Emil / CC BY

As per tradition, after the welcoming speeches at UNUD (Universitas Udayana), the exchange students had the pleasure to get impressions of the Balinese culture in form of the traditional Balinese dance, the local food, and introduction to Bahasa Indonesia. Most importantly they were informed about the importance of smiling. Always smile when in Bali! The semester start marks again the exchange of the token of responsibility, which was handed by the fathers of Asia Exchange to Ibu Sutji. This time there were 13 different nationalities represented in the BIPAS program, and once again Germany had the biggest number of exchange students. 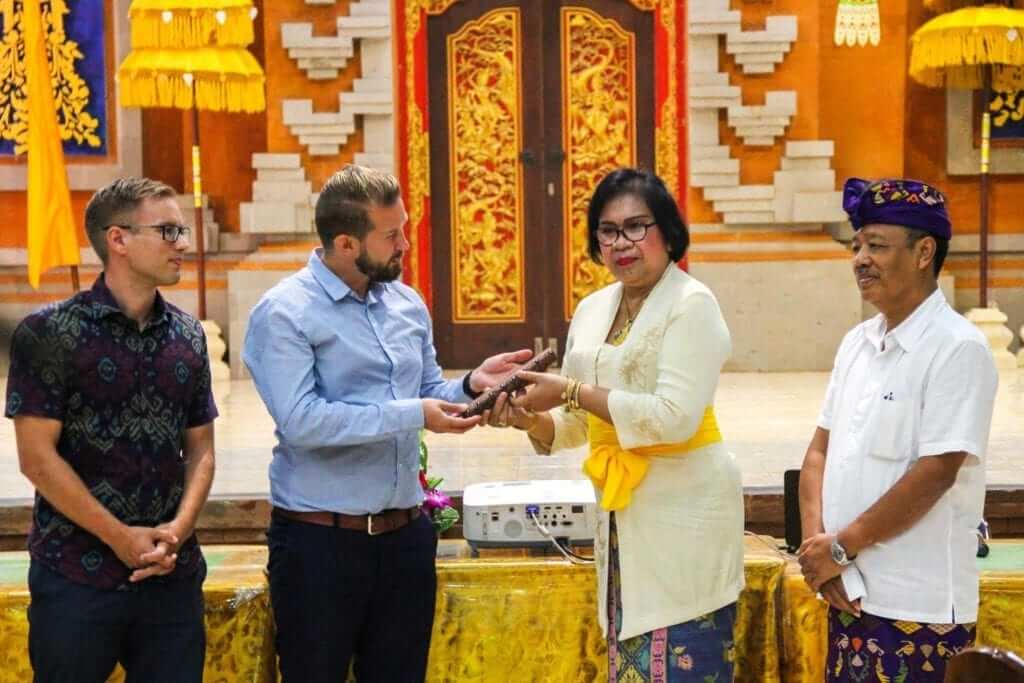 The founders of Asia Exchange participated during the orientation days at Udayana University in Bali. Photo by Emil / CC BY

The start-up buzz in Bali is evidently more present as each year passes and the launch of Asia Exchange’s brand-new BBF-program only confirms this. The students participating in the program gain a different approach to an exchange semester, an entrepreneurial perspective on life in Bali. The first impressions were already received during the orientation day, where host-businesses participating in the program joined to present themselves for the students, and there was even a panel discussion between some of the entrepreneurs. The day started with a lively performance from an X-Factor finalist, the talented Gede Bagus, and proceeded with welcoming the students and hosts.

You might also be interested in: Why Bali is One of the Best Places to Become an Entrepreneur

The orientation week culminated at the Kick-off party arranged at Alternative Beach in Canggu, a venue owned by one of the participating hosts in the BBF program. The most thirsty students arrived in the a.m. before the actual start (1 p.m.) to the party. Many arrived post-surfing, as there was a surfing lesson organized prior, and a Bintang doesn’t taste better than after a surf. All-day long students and other celebrators were pouring in and the party grew bigger and crazier as the evening proceeded. Only a few students couldn’t make it, resulting in an astonishing 200 students participating in the kick-off party. Needless to say, the party was a huge success, filled with good beats, better vibes, and best people. 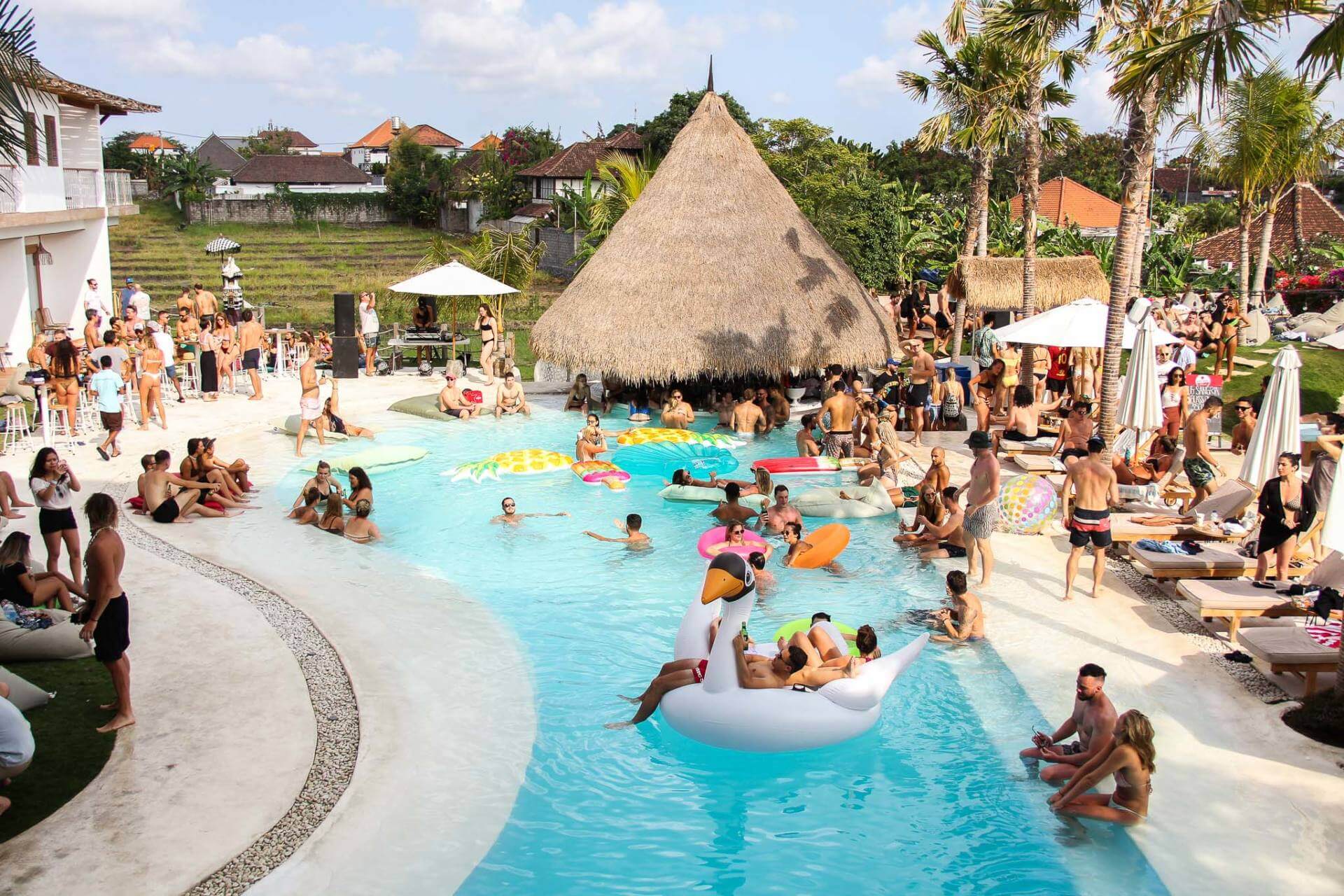 The party at Alternative Beach was a huge success! Photo By Emil / CC BY

The semester has started, students are in school and enjoying their daily lives in paradise. Smiles can be seen everywhere and happiness is felt by everyone. Welcome to the best chapter of your life dear students, enjoy!

Do you want to study in paradise? Apply now!

This article was written by our Marketing intern Emil!

PrevPreviousHow to travel safely in Bangkok?
NextA Masterclass With BaliTubesNext