From Bali to Phuket – Studying Abroad for Two Semesters

We always encourage studying abroad for two semesters instead of one if you have the time. That’s because spending two semesters in a foreign country always allows for a more in-depth experience of the country and culture.

Hi Ole, thank you for sharing your story with us. Could you first introduce yourself briefly?

Hi, no problem! I’m Ole, 25, from Germany, and I study applied languages which means I’m studying German and English as my majors, and my minors are politics and economics. I did my first semester abroad in 2013 in Bali with Asia Exchange. I really enjoyed it as I was able to study without having to stay “at home” like I would be when going to University in Germany. I absolutely fell in love with Bali and returned two years later to do my internship there working in the tourism industry. And yeah, now one year later I’m here in Phuket to do my second study abroad semester. After this semester finishes, I’m planning on going to Bali again for a few months to do some more surfing. 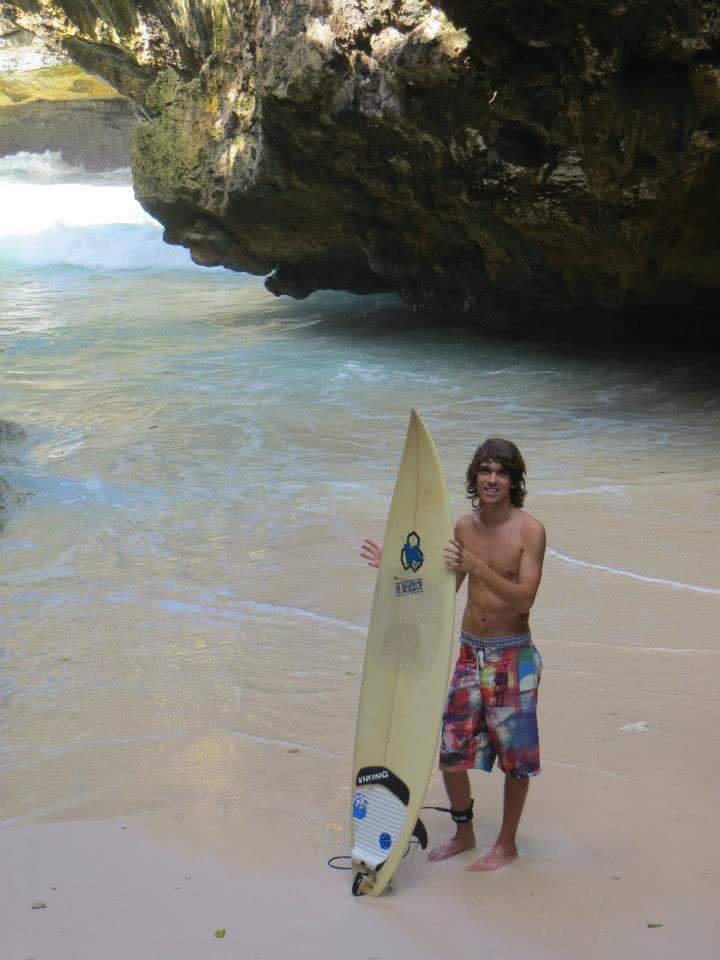 Ole, 25, is doing a second study abroad semester in Phuket after his first one in Bali (picture from Uluwatu, Bali)

When you did your first semester in Bali, was that also the first time you went to Asia?

Yes, it was the first time. Before that trip I had only traveled within Europe. Going to Bali was a real mind-opening experience – I love the people in Bali! It can be a little harder to get to know some of the locals if you don’t know Indonesian or Balinese (language) but at least in the more touristy Southern parts of Bali, everyone speaks English, and they are happy to teach you their own language too if you just show enough interest. The people there are really simply amazing and so happy.

You mentioned you do some surfing. Did you learn to surf while in Bali?

I actually had been surfing for a while before going to Bali – I used to go to France every summer since I was 10-years old. The waves in Bali are just on another level; you can’t really even compare it to France. During my study abroad semester, I was living in Pecatu, Bukit, which is the very southern peninsula in Bali with such amazing waves. I surfed a lot at Uluwatu, Padang-Padang, and sometimes I would ride my scooter to catch some waves in Canggu for a change of scenery and to get to surf on some more forgiving beach breaks with sand bottom. I also went to Lembongan Island, which has some of my favorite surfing spots I’ve ever been to.

Ole has been going back to Bali after his exchange at Udayana University…. and catching waves like this. We can fully see why he’s visiting again next year.

Language – how much of Indonesian did you learn during your first semester?

I can’t say I became fluent. I was able to ask for direction, and do some shopping and have some other basic-level conversations. But when the local people would ask something back, I quite often couldn’t answer them anymore. Even now after doing the tourism/marketing internship for Bali Hotels Association, I’m still not 100% fluent but I would say that it is a very easy language to learn, and I highly recommend all the exchange students to try and learn as much ‘Bahasa Indonesia’ as possible.

Like always in a foreign land! Right now you’ve just landed in a new country to do your second study abroad semester at Prince of Songkla University in Phuket. What are your initial feelings?

Yes, I’ve now been here for a week. It is a little different from Bali but I still like people here a lot. The language seems a lot harder to learn, as Thai language has its own alphabet different to ours. I’ve already learned some of the easier sayings though like how are you and how the food is. Mostly I come to contact with the locals when I eat out, so that’s usually the first dialogue I learn. What I like about Phuket is that the area is green and beautiful, and it’s easy to ride around with a scooter.

From the campus you can quickly access many of the nice beaches of the island. Compared to Bali, the beers are cheaper, and the rents are a lot cheaper too. I’m paying roughly 250 euros per month for my room, and I’m sharing a nice house close to the campus with two American students who I already became good friends with. Many students choose to stay in modern, fully serviced condos too, but I rather stay in a house sharing it with a couple friends to get to be a bit more social over breakfast and when hanging at home. 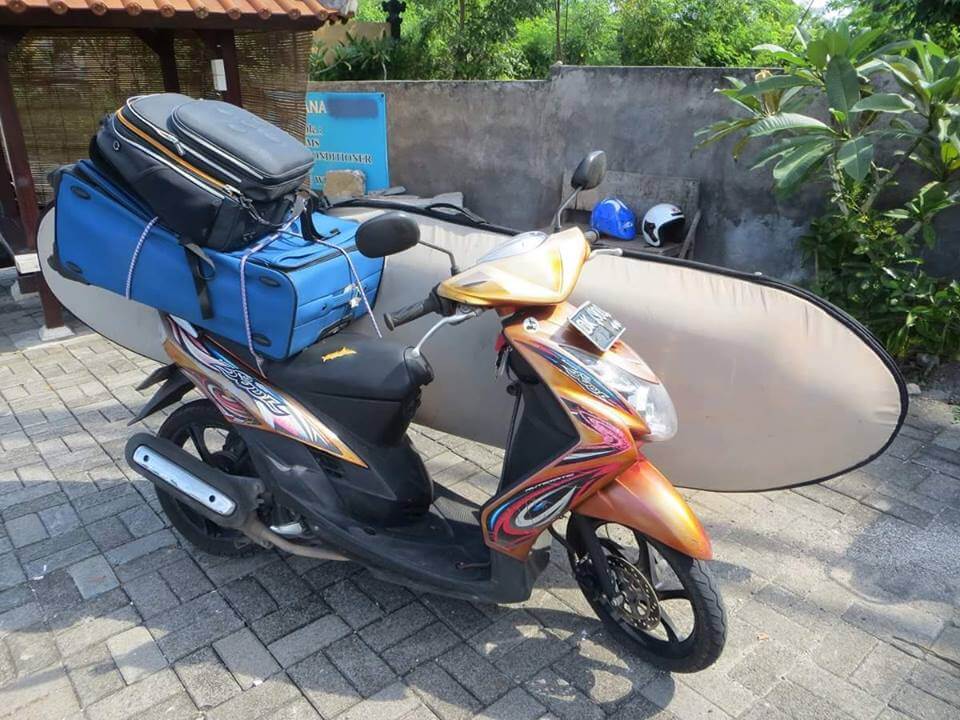 It may be easy to ride to all the nice beaches in Phuket form PSU campus – but if you overload your scooter like Ole did here, riding the bike may become a little more challenging.

What are you expecting from this second study abroad semester of yours?

I’m really hoping to get to learn the language and to use it a lot, so I enrolled in the Thai Language course besides other courses I’m taking. I chose to do a second study abroad semester with Asia Exchange because it was just so easy. I showed my home university the courses I would like to take, and that was it really. I have three language courses and two economics courses, and I’m getting the whole 30 study credits from my home university for this study abroad semester.

What would you say to students that are thinking of doing their second study abroad semester in Asia?

Yes, do it for sure! You will have so much time to be spent working later on, and especially if you want to build yourself a career, it will be hard to find time to travel for extended periods of time and see the world. When you are working full-time in Europe, Asia is a bit too far to come for just a quick holiday. During your studies, you are still young and can have fun meeting with people from all around the world – like now we have exchange students from 17 or-so countries here in the same exchange program.

It really is a unique opportunity to get to go to a new country, learn new skills, and meet people that you never would if you just stayed home. I absolutely loved my time abroad as an exchange student on my first exchange, so going for another one was an easy decision. I would definitely do a third semester too if it just was possible!  (laughs).

Find out more about studying abroad in Bali and Phuket:

PrevPreviousBlokess goes to Bangkok
NextDiscover the most beautiful places in MalaysiaNext