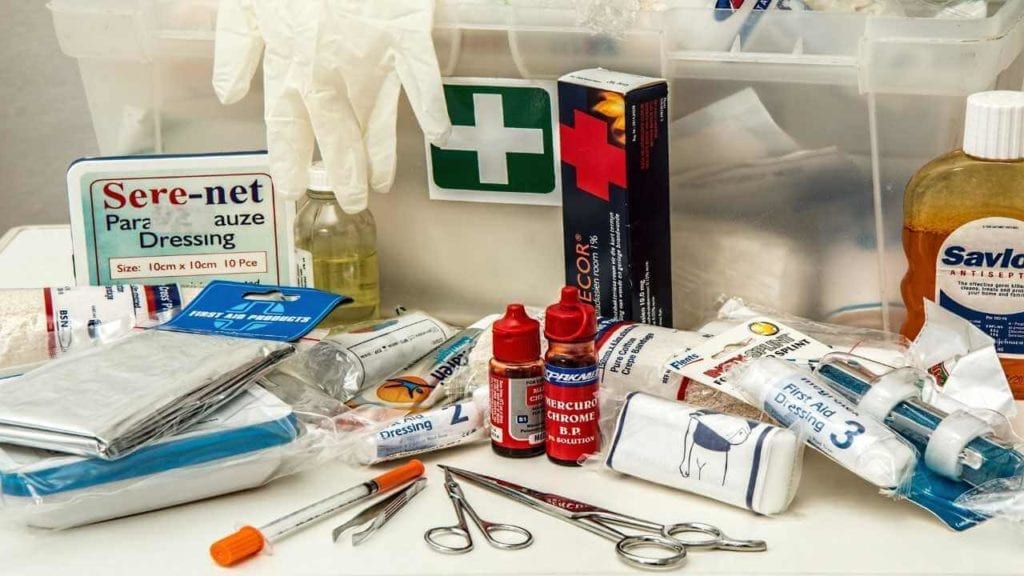 Right before each journey, every traveler is wondering about safety issues at his or her aimed destination. It goes without saying that each region on our beautiful little planet requires different areas of attention, especially if ones’ destination is far away from the beloved home. Therefore, our Study Abroad Assistant Hannes shares his vast knowledge about safety issues in South East Asia, to provide a first insight into things you have to be aware of. 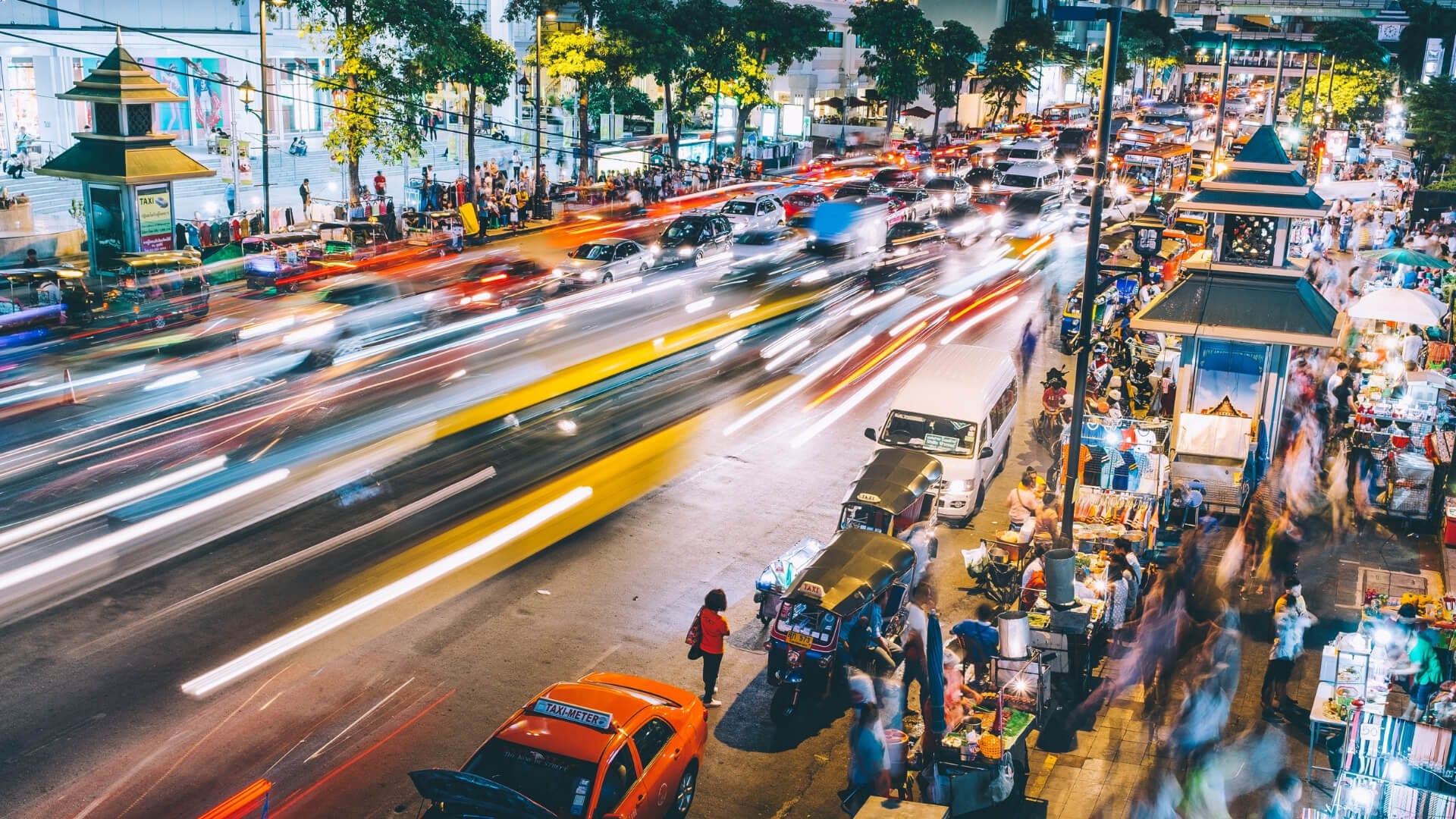 Traffic in Bangkok can be overwhelming since it is less organised than in European countries. Photo by Dan Freeman / CC BY

As South East Asia isn’t renowned for its public transportation, there rarely is another option for getting around than using taxis or driving yourself. Driving yourself is the easiest way to get around in South East Asia but you have to be very careful while doing that. If you decide to rent a car, be aware that everything is on the wrong side, due to the left-hand traffic. This can be very confusing in the beginning and you might end up being totally overwhelmed even though you’re a good driver at home. Driving a scooter or motorbike is easier regarding the left-hand traffic. However, you’re fully exposed on a two-wheeler, thus the consequences of even small accidents can be severe. Therefore, it’s important to always wear a helmet, long clothes, and proper shoes. You should also remember to check your helmet for a certificate that proves its quality so you can be sure that it is really protecting you.

Read more: How To: Ride a scooter in Asia for students and travelers

If you’re too afraid of driving yourself in South East Asia, which is absolutely reasonable in the most chaotic traffic on our globe, just use the local transportation services. Be careful though, as many local drivers try to scam the tourists and charge way too much, from the small tuk-tuk up to the big and registered taxi companies. Grab taxi and Go-Jek (last one only available in Indonesia) are the safest options as they have very strict control over their drivers and an excellent customer service. 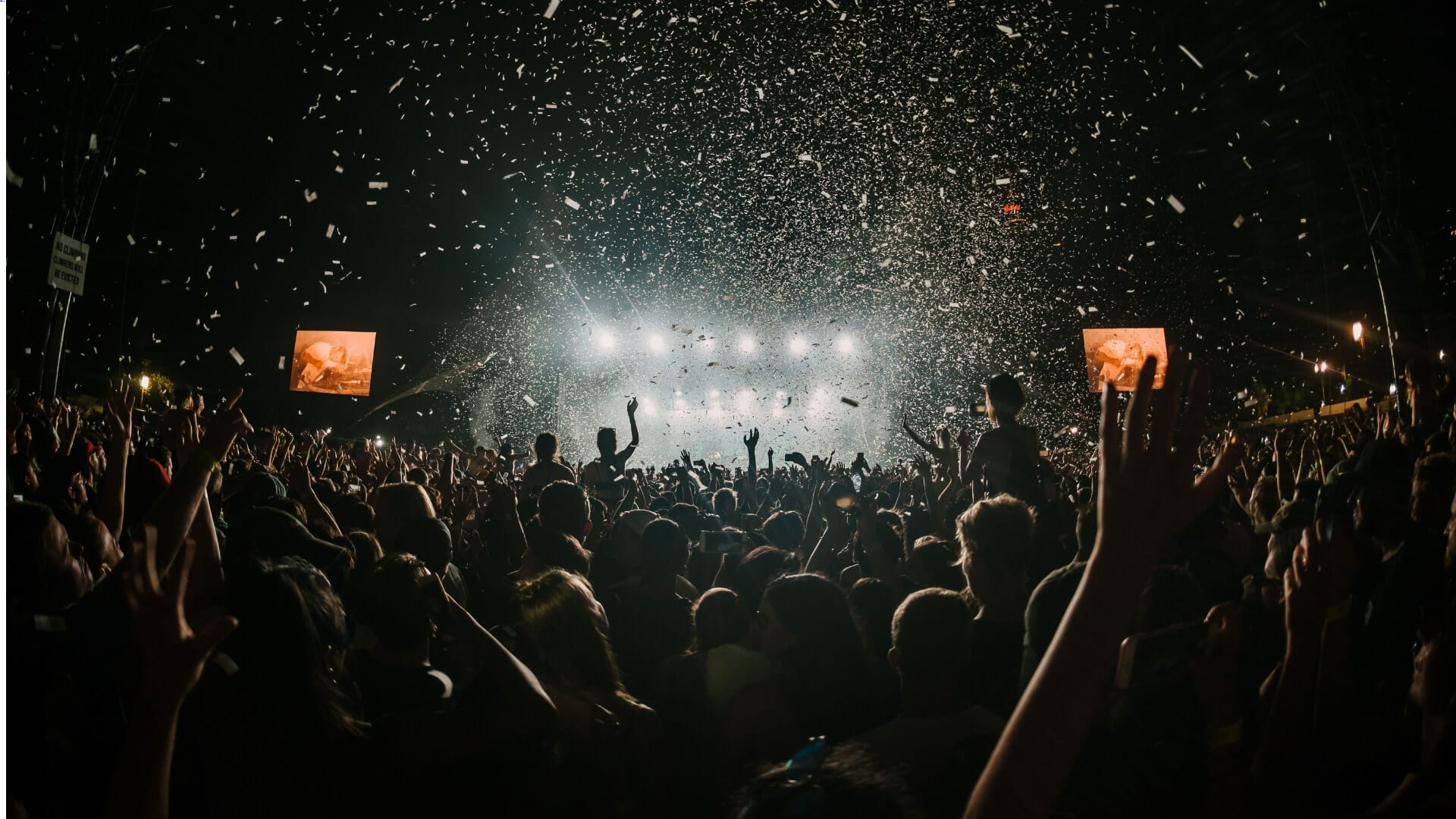 When going out in Asia, you should always keep your guard up, like everywhere else. Photo by Danny Howe / CC BY

Almost all regions in South East Asia are somehow renowned for the awesome party and nightlife opportunities. We don’t need to discuss if that’s great… of course it is. Nonetheless, lively nightlife hubs attract crime. Those crimes vary from laced alcohol, pickpockets up to illegal drugs. Laced alcohol is a problem that shouldn’t be underestimated. If you buy drinks in nightclubs, I recommend you to always go for closed bottles. Then you can be sure to get what you actually wanted.

In Asia, there is frequent news about tourists that had been poisoned by laced alcohol and it happened in all regions, from tropical islands such as Bali up to the metropolises such as Bangkok. Another thing to be aware of is pickpockets. I recommend you to leave everything valuable at home if you go out. Just take some money for the night and that’s it. You don’t need your phone or credit cards to dance, right?

Lastly, I would like to talk about illegal drugs. As the word “illegal” implies, they aren’t allowed and let me tell you, in South East Asia they don’t take drug consumption as a joke. In all SEA countries, the penalties for drug usage and possessing are super harsh, so please don’t touch any drugs, it’s not worth it. 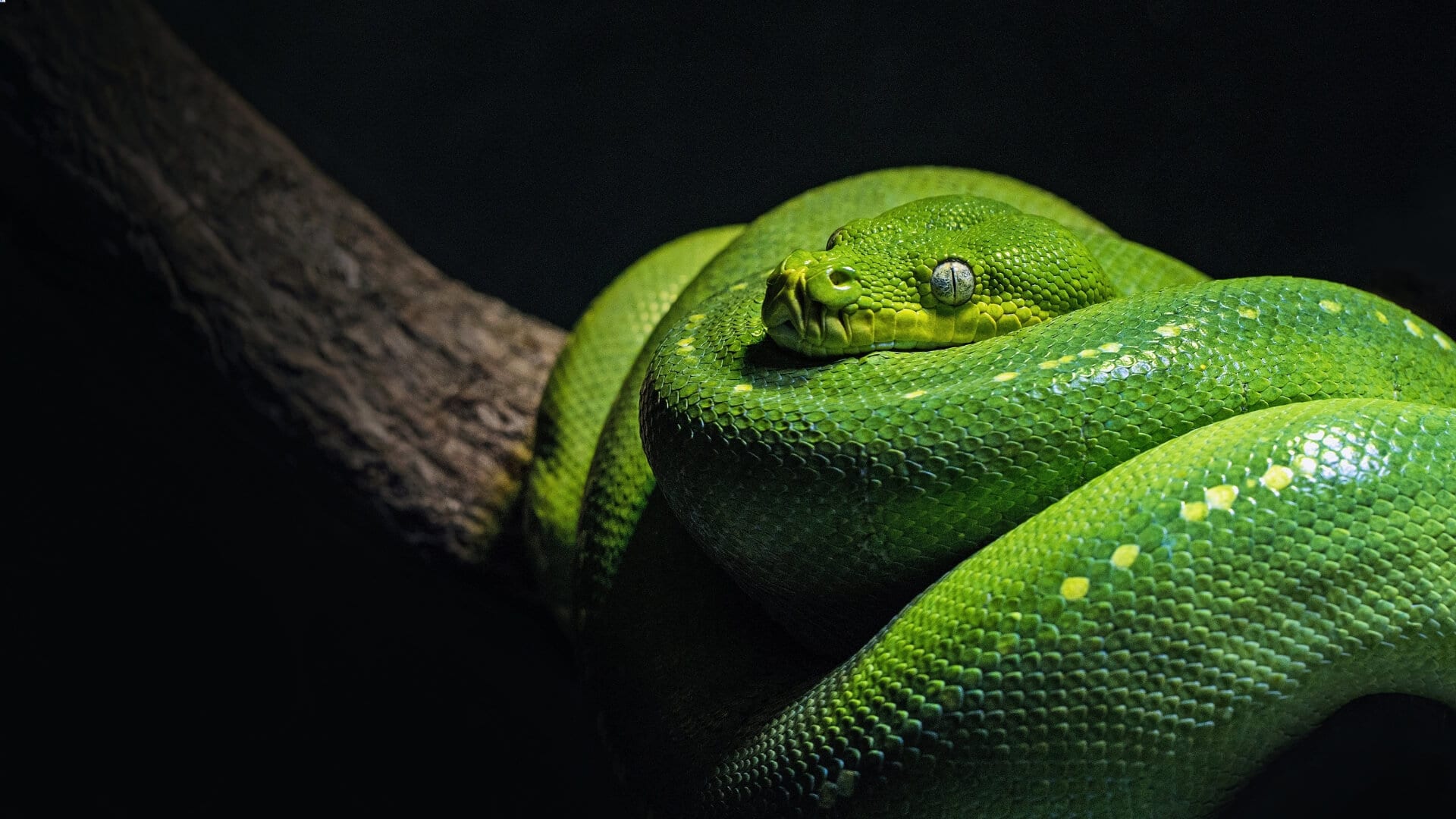 If you encounter a snake or spider, just let them be. They will then usually leave you alone as well. Photo by David Clode / CC BY

South East Asia offers a unique flora and fauna, but many travelers ask themselves if the local animals are dangerous, which of them are venomous and about the likelihood of an encounter. The chances of encountering wild monkeys are quite high in Asia. You probably won’t find them in the metropolitan areas but everywhere else. It’s beyond question that monkeys are super cute and that it’s fun to have them around but they are wild animals and they can be quite dangerous. Monkeys are cheeky, egoistic animals and if you try to make fun of them, it might end up bad for you. Monkeys have incredibly large and sharp teeth and it seems that they like to bite humans if they don’t do as the monkeys want. The bite itself is already dangerous and painful but the worst part of it is the possible infection of the wound. Therefore, it’s super important to immediately visit a doctor after being bitten.

Other wild animals to be aware of are spiders and snakes. The chances of encountering them are quite small as they avoid human contact, if possible. However, if you encounter a snake or spider, just let them be and don’t provoke them. Of course, there are spiders in every country but they are a little bit different in South East Asia. Did you know that there are hundreds of different species of venomous snakes and spiders in Asia? Well, now you know. 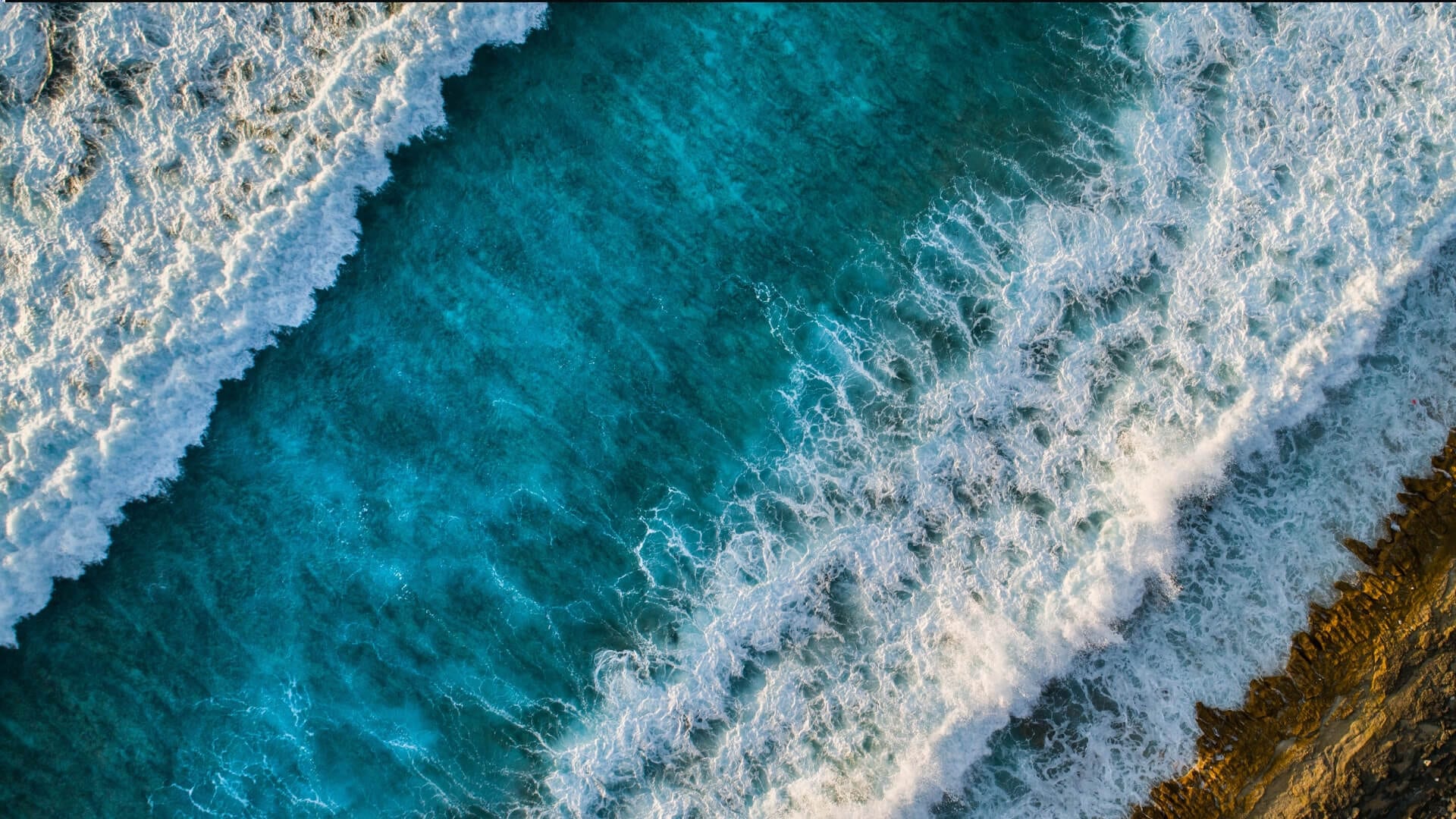 Oceans, while beautiful, are also a great source of danger if you don’t watch out. Photo Shifaaz Shamoon / CC BY

If you go to the beach in South East Asia, you will be either at the Indian Ocean or at the Pacific Ocean, the two biggest seas on our globe. Their actual size makes them quite dangerous, even if they look super inviting on a hot and humid day in the tropics. There are some areas with incredible strong rip currents that try to pull you out into the open sea. They are quite difficult to spot as they have their most power beneath the surface. If you find yourself in such a current, don’t panic. Currents on beaches are usually circular, which means that instead of fighting against the current, just swim parallel to the shore until you feel that the current is pushing you to the shore again.

Another danger of our biggest oceans are their waves, which can be super big and powerful. Their energy shouldn’t be underestimated as a 1ft wave in knee deep water might be enough to unhinge you and to smash you back on the beach. In any case, if you spot big waves and you feel not like swimming is the best decision of the day, just stay out of the water and visit one of the countless beach clubs in South East Asia. Most of them have huge and amazing pools which are pretty inviting as well.

The last danger of the oceans surrounding the South East Asia region I want to talk about is jellyfish. Even though they are quite rare, it seems that recently the number and appearance of jellyfish is increasing. They are tiny animals which you might know from your homes but please be aware of them. There are very dangerous species of jellyfish in South East Asia and they are the most venomous animals worldwide. The most dangerous one that can be found in the tropical waters of South East Asia is the Sea Wasp or Box Jellyfish. The poison of one of them is strong enough to kill up to 250 people. 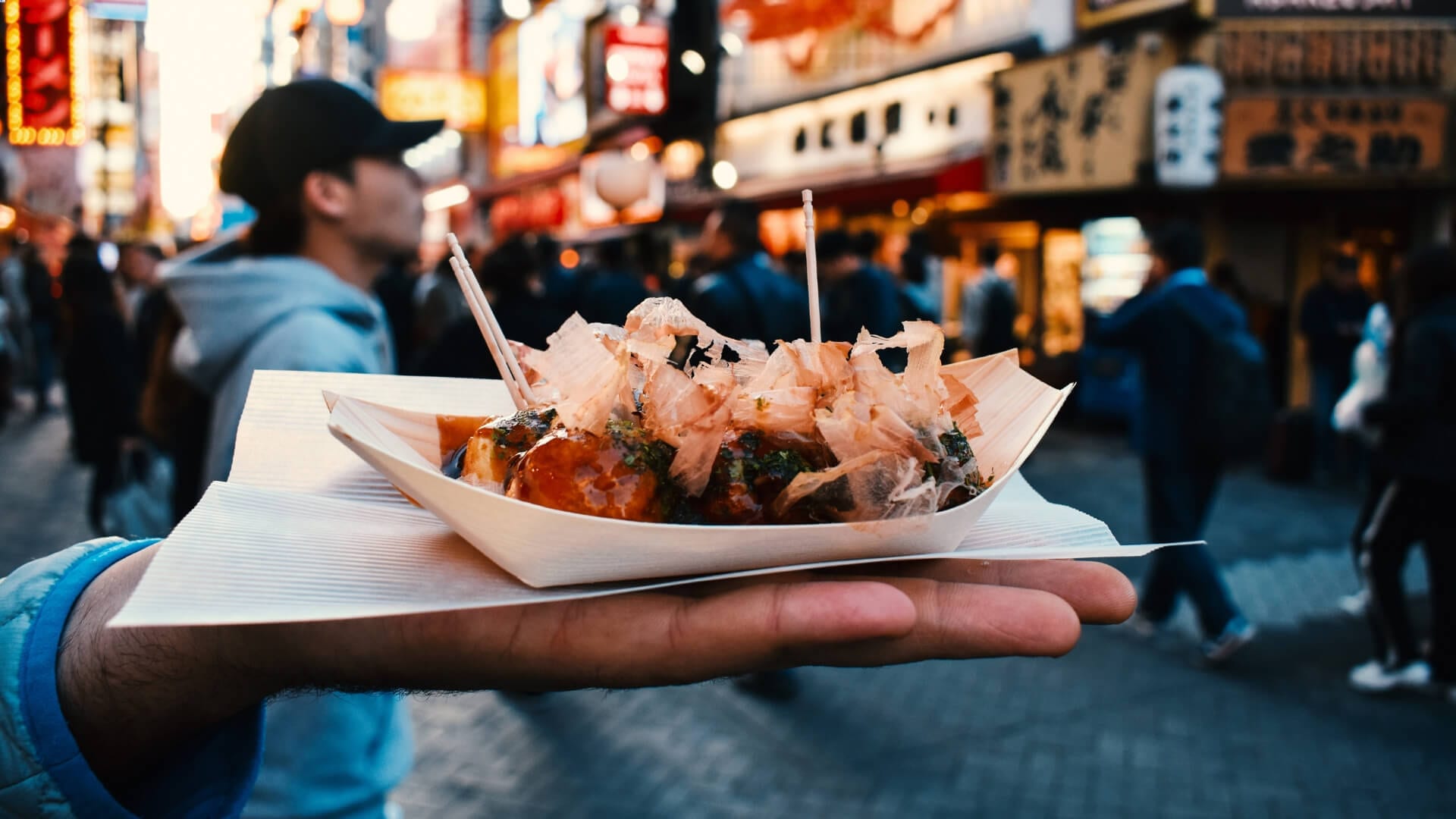 Always wash your hands before you eat and only eat out where there are plenty of locals. Photo by Agathe Marty / CC BY

While thinking about safety in Asia, your daily food and drinks must be considered as well. Food poisoning is a popular problem in South East Asia and shouldn’t be underestimated. The worst-case scenario would be ending up in hospital. Have you ever heard about the Bali-belly? Well, food poisoning is that common on Bali, that the local Indonesians even invented a new word for it. If you want to be sure to avoid a food poisoning while traveling through South East Asia, I would recommend you to follow 3 easy rules.

1. Always wash your hands before you eat, as your food can be poisoned by germs of your hands.

2. Avoid drinking tap water. You might be lucky and have high-quality tap water at your homes, but Asia is different. Usually, the tap water over here is contaminated with all kind of bacteria which are highly irreconcilable.

3. Lastly, you should only eat in places where you find a lot of locals. There might be a reason for that. The food might be exceptionally good and empty restaurants might be not that recommendable. 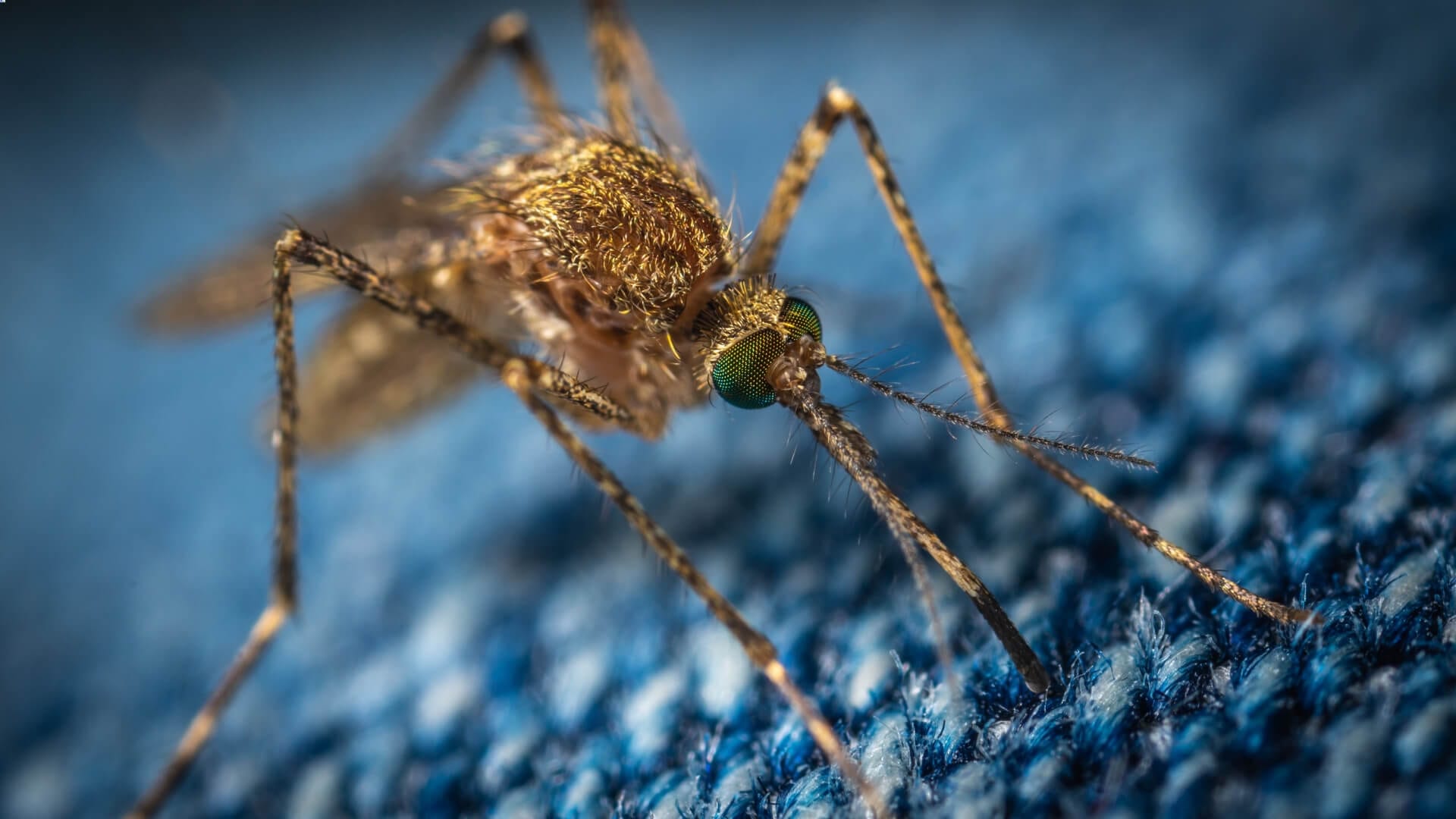 Most tropical diseases are carried by mosquitoes. Make sure to protect yourself against them. Photo by Егор Камелев / CC BY

There are two major tropical diseases which every traveler should be aware of, namely Dengue Fever and Malaria. Both of them are very dangerous, with strong symptoms and few available medications to cure it. Both of them are carried by mosquitos. Therefore, it’s very important to always use the available aids, such as mosquito nets and bug spray. The best way to avoid those diseases is to avoid being bitten by mosquitos.

For most other tropical diseases in South East Asia, there is vaccination. Therefore, it’s very important and recommendable to visit your doctor before traveling to South East Asia. Your doctor will know best what needs to be done in advance, to ensure a safe and healthy journey.

Traveling is always linked to risks but if you don’t step out of your geographical comfort zone, you won’t be able to explore the world. I always keep with the motto: Take risks and tell stories!

Find out more about studying abroad in South East Asia

This text was written by our Study Abroad Assistant Hannes!