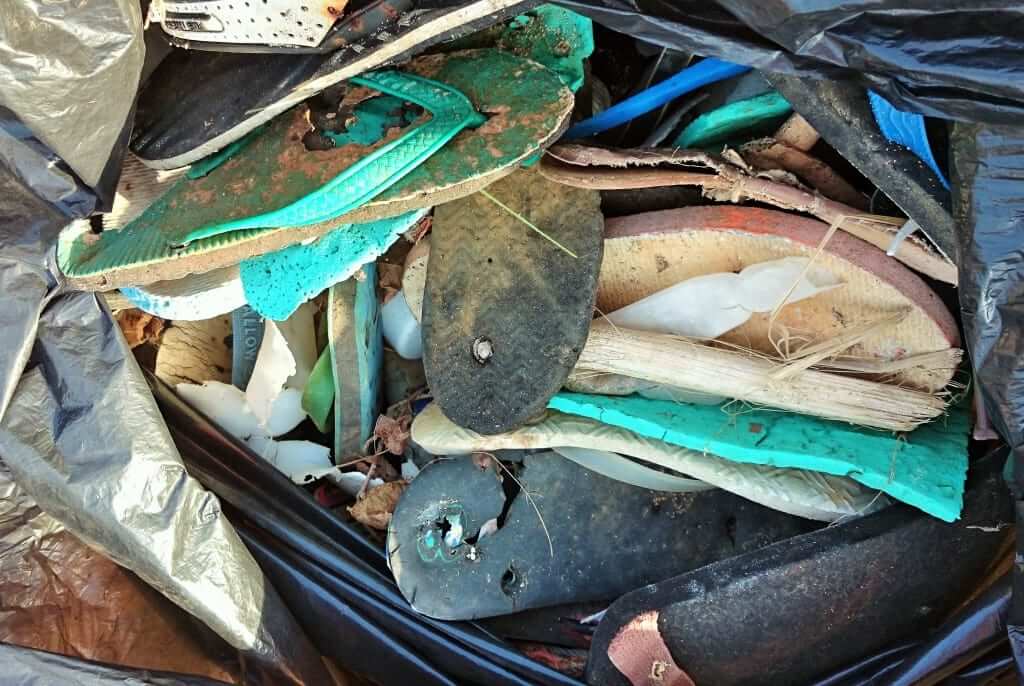 The graveyard of forgotten flipflops

Bali, the island of Gods and its nature’s incredible beauty are facing a serious waste problem with no end in sight. The amount of waste in Southern Bali is exceeding 240 tonnes – every day. The ocean currents are dispersing waste from Kuta all over the island. Environment polluted with trash is not only unpleasant to the eye, but it also causes major health issues and destroys the natural eco-system. Fortunately everyone can participate in the fight against this increasingly worrying problem! 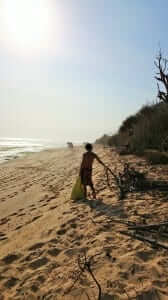 Green-books.org, Asian Exchange & Mapala Wanaparastha Dharma Universitas Udayana organized a beach cleaning and socializing event on Saturday 3th of October at Nunggalan beach in Bukit. The waste was collected in co-operation with EcoBali – Waste Management. EcoBali generously donated trash bags that were designed to separate the different kinds of waste.

Green-books.org is a non-profit organization based here in Bali. Green Books was established a few of years ago by Petr Hindrich, Tomas Jirsa and Martin Pokorny who followed their desire for a better and healthier future environment. While the beach cleaning events they organise do a lot of good, their main focus is on educating the future generations in order to save the planet by taken care of the nature and the environment. For this Green Book publishes educative books for children in Bahasa Indonesia, especially for children who have no other access to education. The main goal is that eventually these beach cleaning events would not be needed anymore. 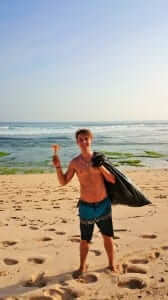 The Nunggalan beach is located on the eastern tip of Bukit, and it must be one of the most beautiful beaches I have seen in Bali despite being a little remote. The road leading to the beach is not the easiest one : to reach the beach front you first have to hike down the hill for about 20 minutes. The road requires a bit of effort but after crossing the foresty hill you reach 3 kilometers of stunning beach line, that almost no tourist visit. This is luxury in Bali where almost all the beaches have become occupied by drunken western people and high class hotel buildings. Why was this particular beach our target then? 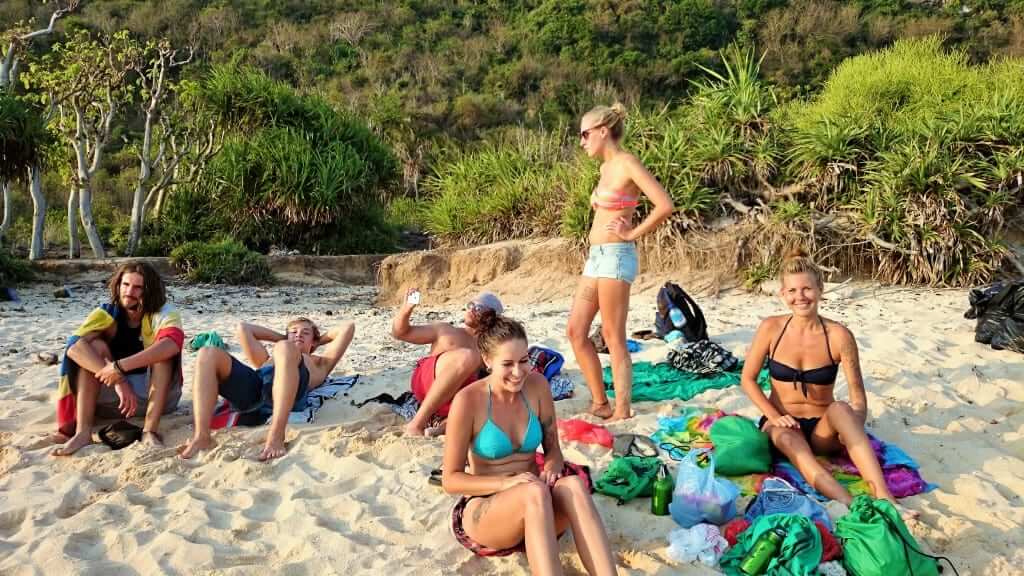 Unfortunately, despite the remote location, the sea floats incredible amounts of trash on every rainy season. Much of the garbage comes from Kuta beach when the currents change direction. Some of it also comes from other far away locations. As this beach is not packed with tourists, the trash is never collected and it accumulates to large amounts.

We ended up having a nice international volunteering group. While students from AE and local students from Udayana University formed most of the team, a few other volunteers joined us as well. When the midday heat became unbearable, we took a nice refreshing swim in the ocean’s crystal clear water. Between the swimming and hard work we had the opportunity to socialize with the fellow planet savers. I certainly ended up making new like-minded friends who had a lot of cool stories to tell. Together we ended up collecting more than 20 big bags, full of sorted trash. What did we find then? 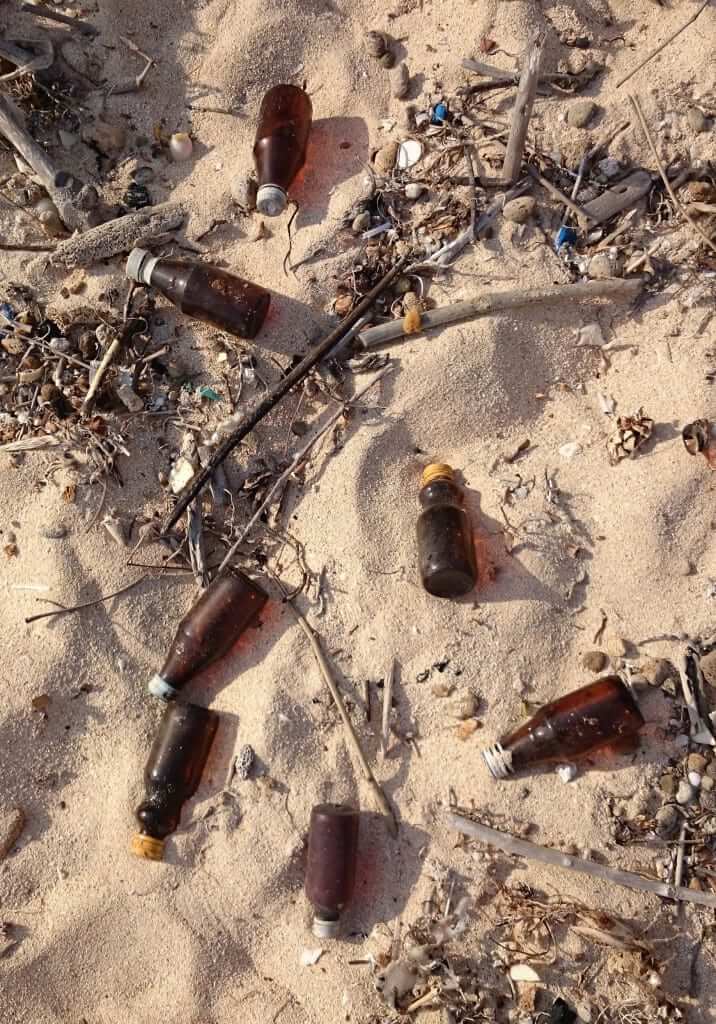 Here are some pictures of the waste that actually floats around in the sea! Huge amount of lost flipflops, plastic bags and wraps, glass bottles and a lot of things that could not be recognized anymore. In just a few hours one could actually collect so much trash that we hit the limit of what we could bring back. Since we came to the beach by hiking down a hill, this meant we had to hike it up this time; with the heavy trash bags on our backs! On the way down I saw these local Indonesians hiking up the hill carrying heavy things on their head. I decided that if they can do it, we can do it as well! 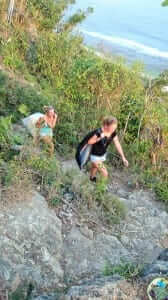 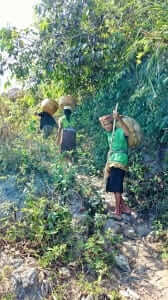 We actually got a little bit carried away in collecting trash. The amount of it was just so overwhelming that you didn’t want to leave it there. It was better to climb up the hill still during the daylight, and as we reached the top we were rewarded by an amazing sunset! Some people have already been asking about the next event. It will be organized in the near future when the semester break is ending! Hopefully we will get even more enthusiastic planet and Bali savers then! 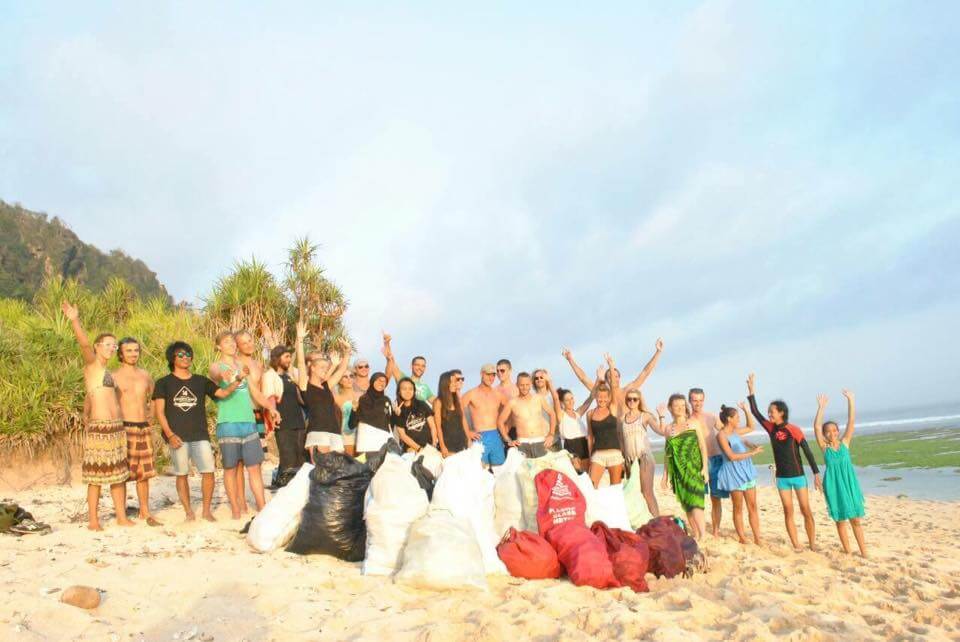