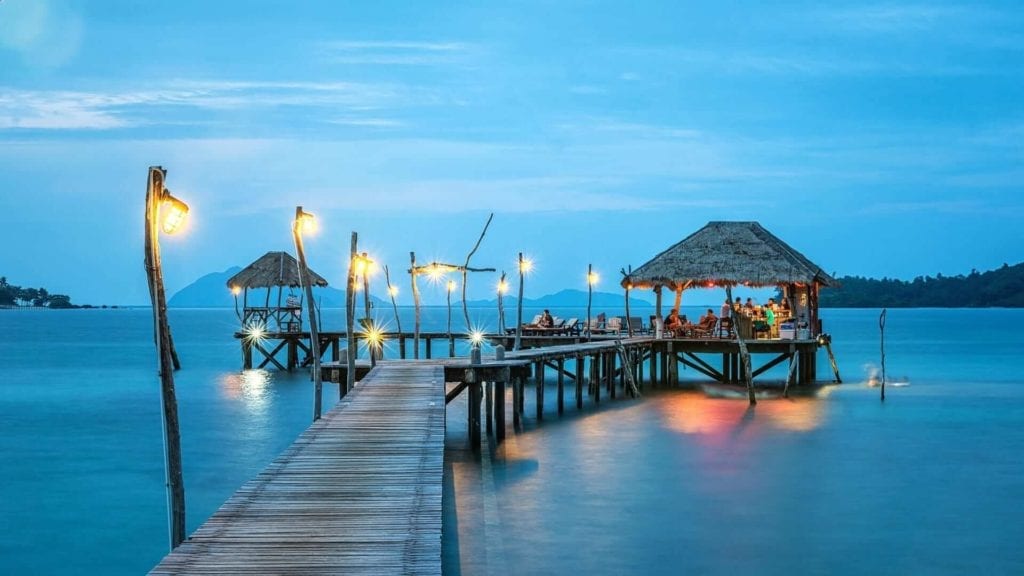 A fairytale that started with an exchange semester in Thailand

Valentine’s Day might be in the past, but romance is still pretty much alive in Asia Exchange! We have been updating you about the lives of our former students, and today we are introducing these two lovebirds from Finland, Mirella and Atte. They met when they were both on a study abroad in Thailand in 2009 and have been dating ever since. They are officially Asia Exchange’s longest-standing couple! Let’s hear their story and learn what’s the secret to their long love-life. 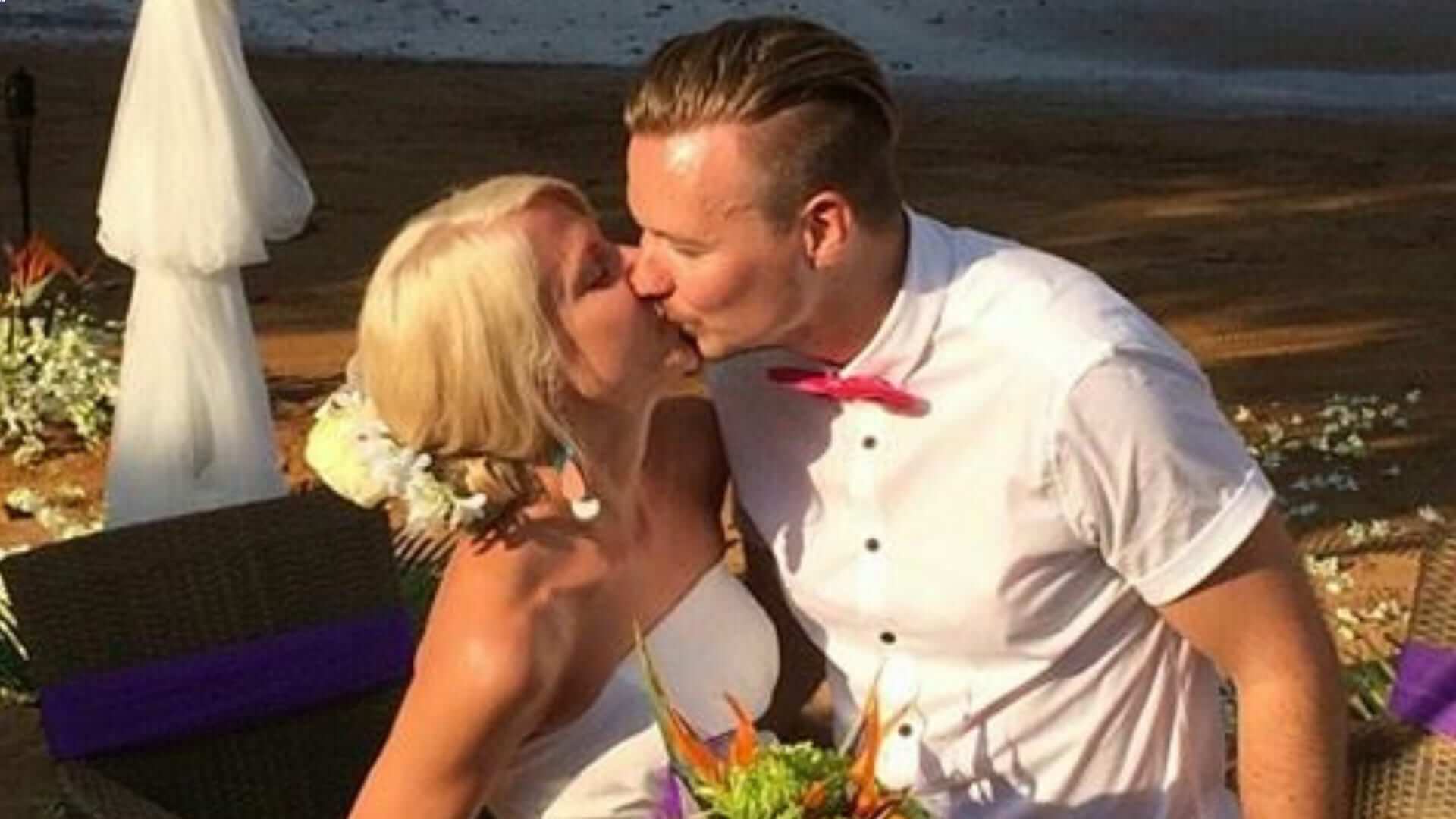 After 8 years of being together, the couple tied the knot this year. Photo by Mirella and Atte / CC BY

Written in the stars

The beginning of Mirella and Atte’s love story was full of coincidences. But when something is written in the stars, it is destined to happen. They could not have believed that the decision to go study abroad in Phuket would result in finding the love of their lives and getting married. Even their decision to go on an exchange in Thailand was more or less spur of the moment. Mirella had no idea Asia Exchange even existed before she coincidentally spotted a poster about studying in Asia while running along a sawdust track in a local forest.

Where it all started 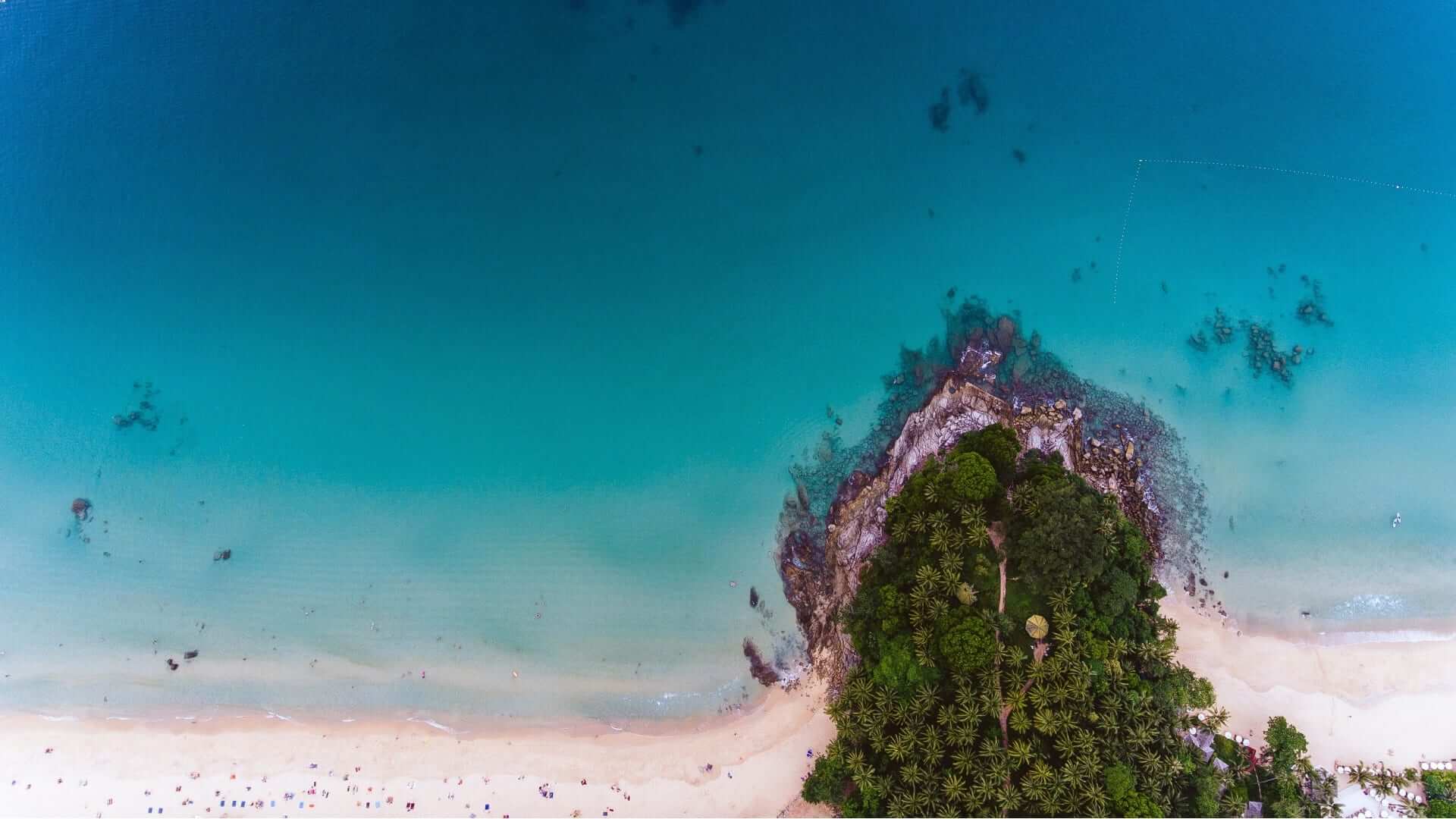 The idea refused to leave her alone and before she realized, she was already planning a semester at Prince of Songkla University. Phuket was actually a natural choice for her, as Thailand had already stolen her heart during her previous visits. What she didn’t know, however, was that her heart was to be stolen again in Thailand. Not merely by the beautiful country itself but by one of the fellow exchange students. That person would be Atte, who was also planning his study abroad semester with a friend. He had obvious reasons for his application, but not so much country-related.

Seeing each other for the first time 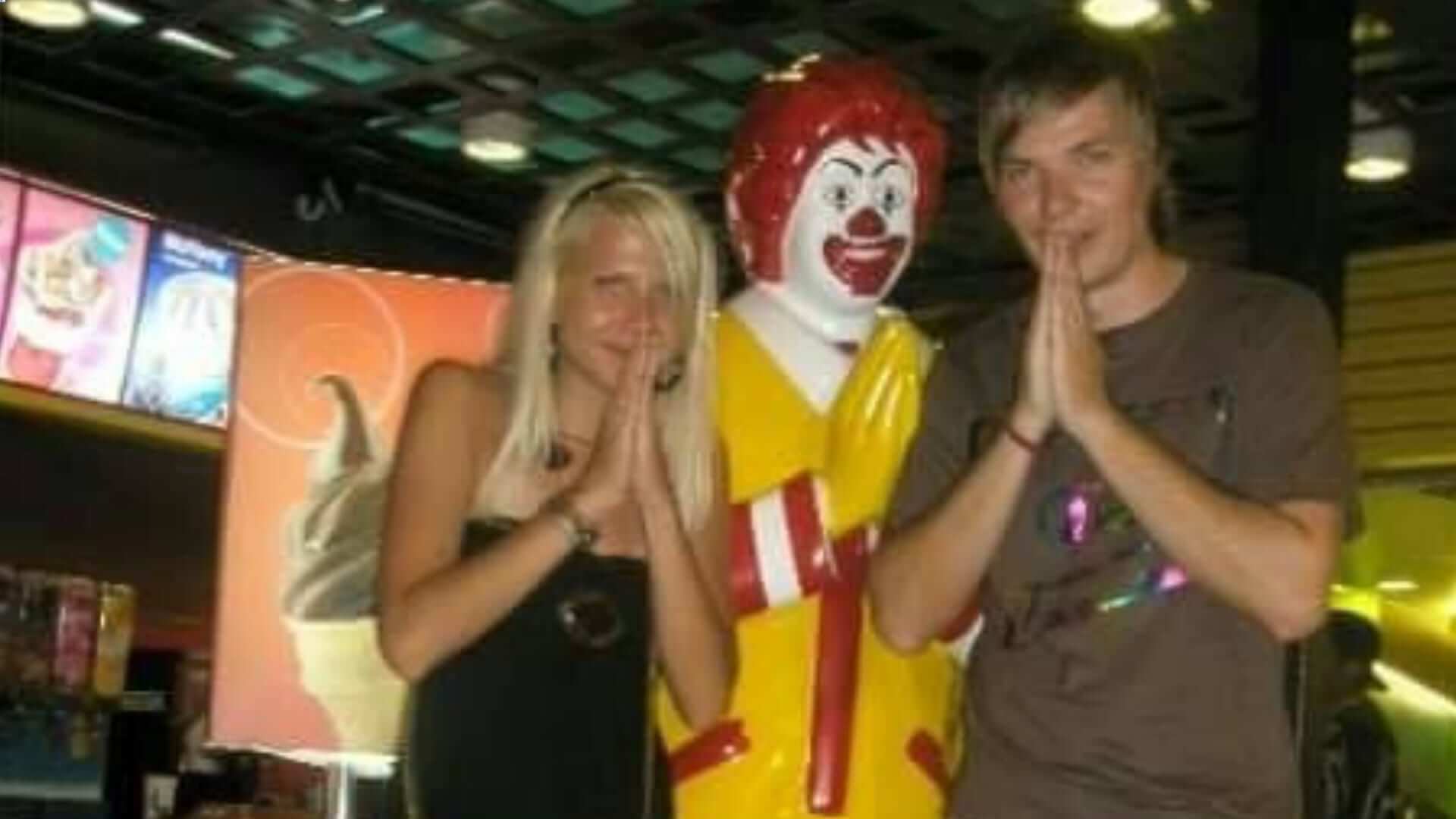 The couple met for the first time in Phuket in 2009. Photo by Mirella and Atte / CC BY

Atte did not want his friend go chasing all the exchange student girls by himself, he confesses with a smile. It did not take long before Atte came upon Mirella during the first ever Asia Exchange welcome party. Atte felt sparks right away, Mirella not so much. She said laughing that it was definitely not love at first sight but in the end, Atte’s determined efforts got rewarded.

They have many fond memories of their time in Phuket, but one of the most memorable ones is their first date at a restaurant. Mirella ended up eating both their portions of pad thai they had ordered because Atte could not eat any. To this day Atte is still cooking pad thai for Mirella at home.

The transition to the easy-going lifestyle in Thailand went smoothly. They both agree that the biggest culture shock actually came when they went back to Finland. It was difficult getting used to fellow Finns after seeing smiley and friendly Thai people for so long. Mirella still tries to keep the “mai pen rai” (“don’t worry”) attitude with her wherever she goes.

Apart from the laid-back Thai way of life, the most important thing they brought back with them is their love for each other and for traveling. Atte has the chance to travel almost 100 days a year through his job, but they had had plenty of opportunities to travel together too. After the exchange they have been to Thailand, India, the United States, the Caribbean and all over Europe. In fact, as we are interviewing the couple, they are back in Thailand for their wedding. 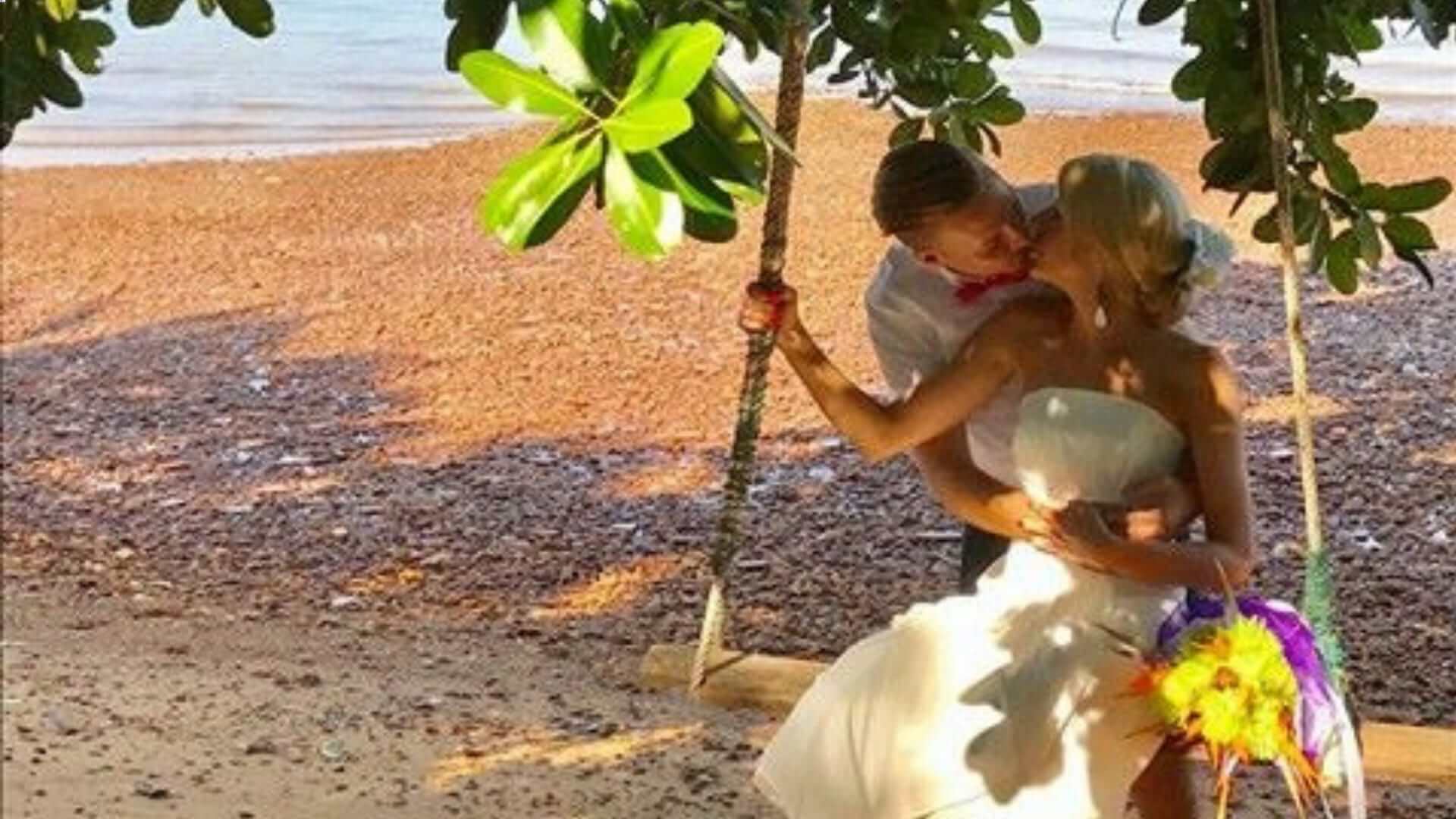 Mirella and Atte’s wedding was held on the beautiful island of Koh Chang. Photo by Mirealla and Atte / CC BY

Their relationship has stayed strong through the years, and a couple of weeks ago, they took the final step. Two years ago, Atte proposed on the beautiful island of Koh Chang in Thailand, and in 2017 the two finally got married in the same place. The best man was the same person Atte went to Phuket with in 2009, and the maid of honor was a girl, Mirella had met while studying at Prince of Songkla University. Thailand truly brings people together. When asked what is needed to have a long and happy relationship, the newly married couple answered: “The secret of our long and happy relationship is lots of humor, late night talks and goodnight kisses.”

Asia Exchange wishes all the best to the newlyweds!

Read more about studying in Phuket