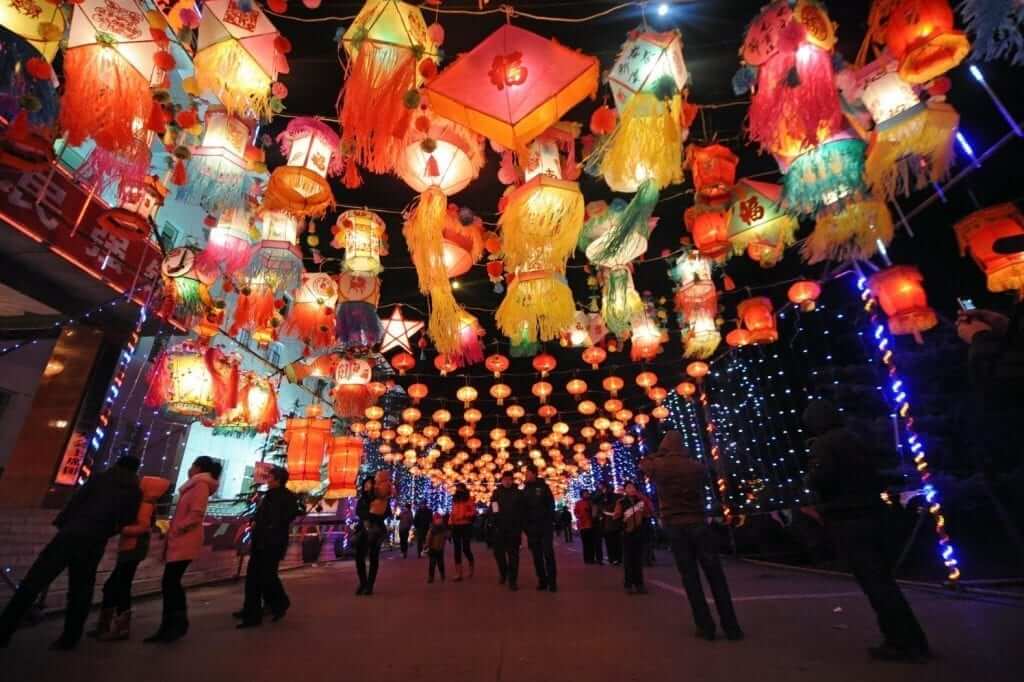 The event that marks end of the Chinese New Year festivities

Asia Exchange has its 10th anniversary in 2017, and we hope there will be many more anniversaries to come. To properly celebrate this year, we will not only be focusing on Asia Exchange but also on the numerous festivals and national holidays in different Asian countries. Some are familiar to us Westerners and some are completely unique to a specific country. The more celebration the merrier! 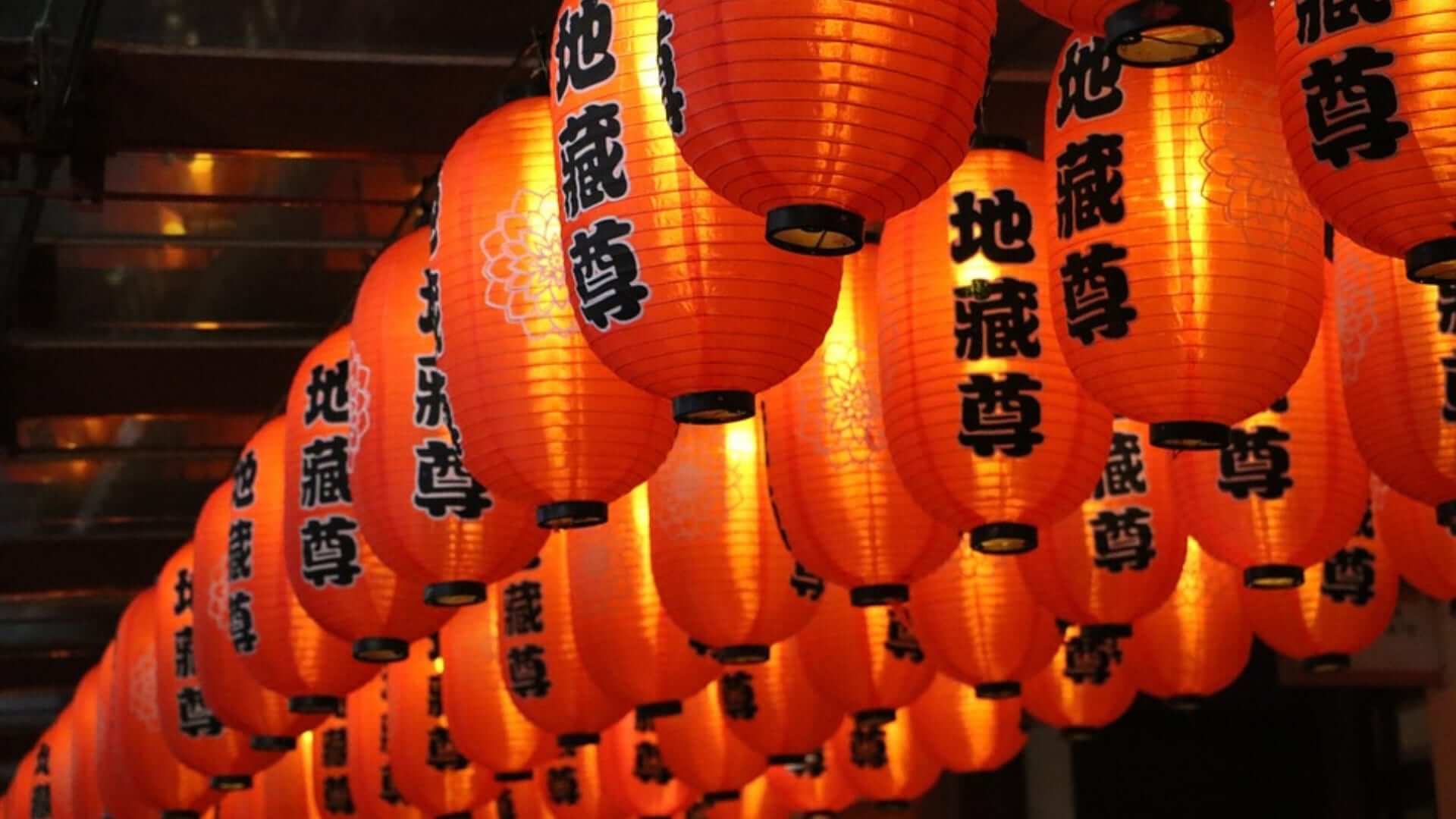 Countless beautiful lanterns light up the streets during the festival. Photo by Carlovenson / CC BY

The Chinese Lantern Festival Yuánxiāo Jié (元宵节) is well known around the world by its breathtakingly beautiful lanterns that take over the streets and household yards all across the China. It ends the Chinese New Year celebrations started in the beginning of January. The festival falls on a day somewhere in February or March, depending on the Chinese lunisolar calendar.

This year the day is February 11th, which means that on this Saturday the lanterns will light up the scenery all over China. The lanterns symbolize people letting go the past year and welcoming the new one. Usually the color of the lanterns is red to bring good fortune. 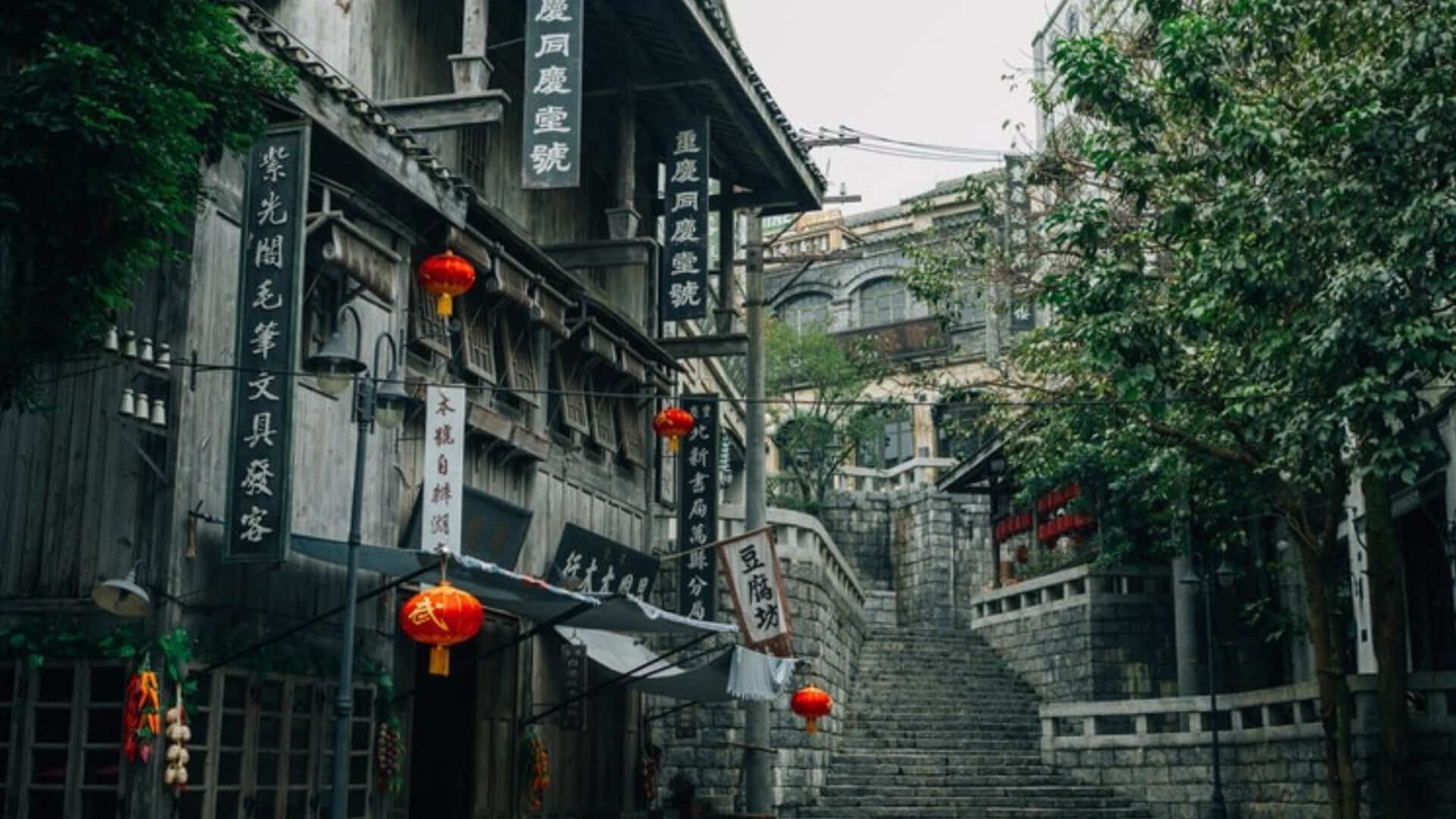 The lanterns are red because it means good fortune in China! Photo by Denny Ryanto / CC BY

The history of the Lantern Festival goes over 2000 years back. The Han Dynasty’s Emperor Hanmingdi gave an order for all the temples and households to light up lanterns to show respect for the Buddha. The festival also has strong roots in Taoism. According to the tradition the lanterns were lit up to please “the Officer of Light” in heaven and he would bring good fortune for the people.

The Lantern Festival celebrations include various traditional rituals. One of the funniest of them is solving riddles written on the lanterns or on slips of paper attached to them. Especially children love solving these puzzles. Typically the riddles refer to Chinese culture with traditional characters, historical events, literature and names of Chinese cities or places. The words and phrases in these riddles often have multiple meanings and it might require intense pondering to solve them. 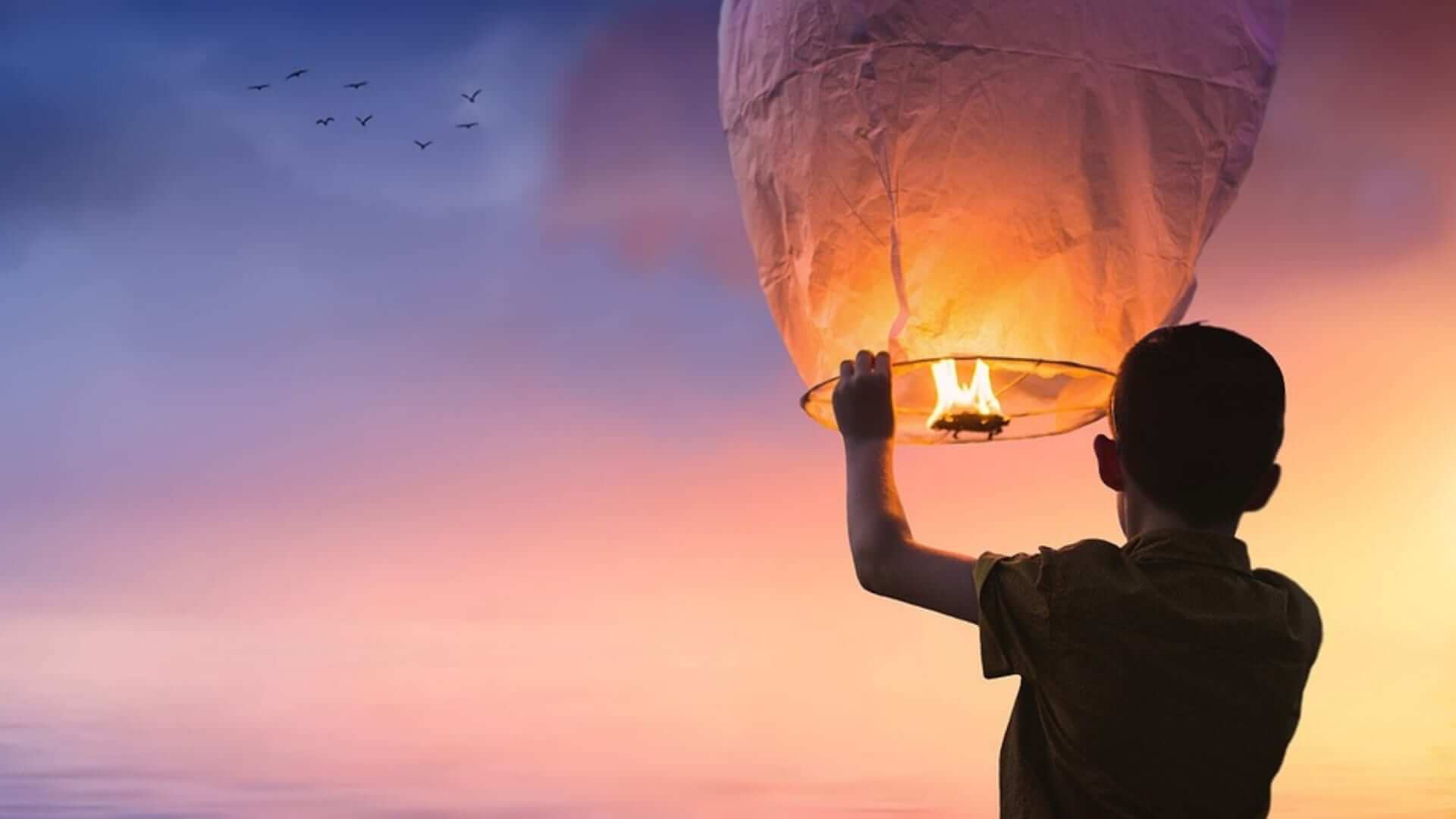 The Chinese children are very involved during the Lantern Festival. Photo by Pixel2013 / CC BY

The traditional Lantern Festival food is called tangyuan. Tangwuan are sweet rice balls filled with red bean paste, peanut butter or sesame paste. It is believed that the round shape of the tangyuan and the bowl they are served from symbolize the unity of family. Eating tangyuan brings good fortune for the whole family and strengthens the family ties. 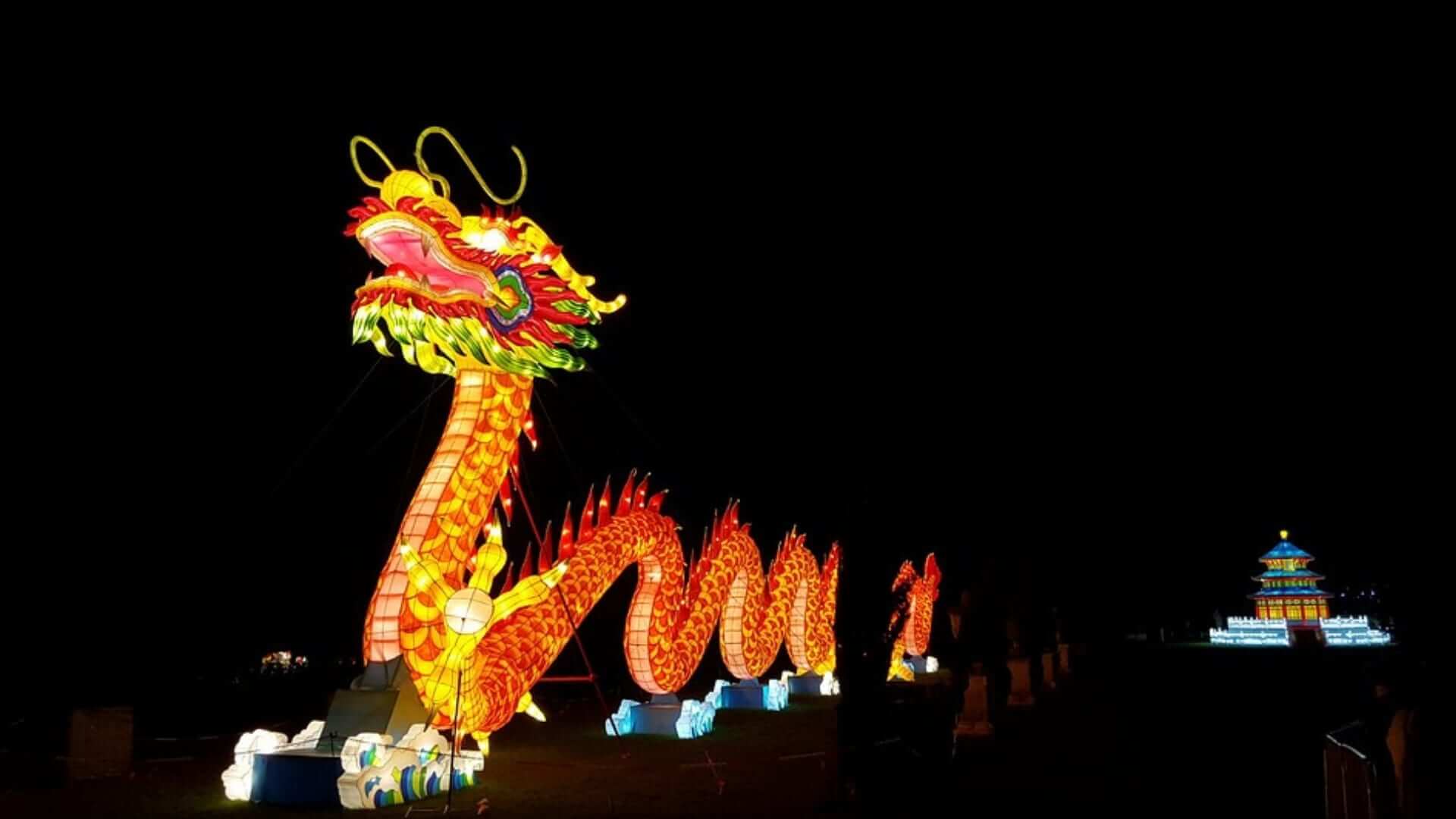 Dragon dances are important part of the Lantern Festival celebrations. Photo by Highline / CC BY

Lion and dragon dances are a significant part of the Lantern Festival. Since the ancient times the Chinese have regarded lion as a symbol of bravery and strength. The lion is seen as a protector of the people and livestock, who wards off all the evil. The dragon symbolizes power and strength and is believed to bring good fortune for the ones deserving it.

As both of these are deeply meaningful creatures for the people of China, the lion and dragon dances are performed at important events. The Lantern Festival is no exception and the celebrations are bursting with amazing dance performances.

Our study abroad destination Shanghai has also adopted the modern tradition of electric lanterns and neon lights. Every year the cities put up a glorious show with lanterns and lights of complex design, such as animals and other creatures. In Shanghai people visit the Yuyuan Garden which is decorated elaborately for the festival every year.

Make sure you get to experience the Chinese Lantern Festival first-hand next year.