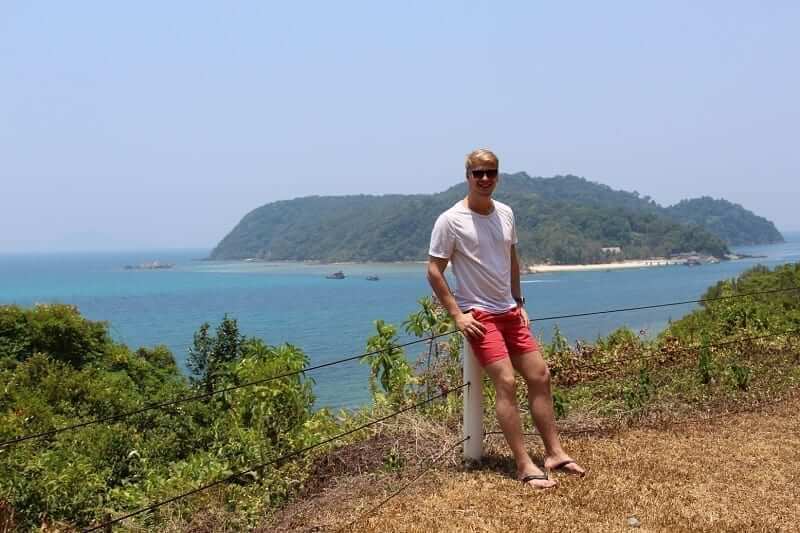 ”Nothing holds me back”

The problem was, that Santeri Launonen had had a long-term dream to study abroad at some point of his studies. And now he was watching from the side as his friends from a small Finnish town were fulfilling their dreams one after another.

“That was a decisive factor. Some of my friends went to USA, some stayed in Europe but many of them stayed longer than they planned. No one had a bad word to say about their experiences, so I decided to give it a go.”

However, he didn’t follow in the footsteps of his friends to chase the American dream or stay in the somewhat familiar surroundings at European soil.

His choice was Kuala Lumpur in Malaysia as he chose the renowned Universiti Putra Malaysia as his study abroad destination.

“I wanted to expand my horizons. I knew it would be an eye-opening experience and a chance I couldn’t miss. I wanted to discover the eastern world. During my studies in Finland I was sort of lost with my goals in life and career. I was hoping this exchange period to give some insight on it.”

“I wanted to expand my horizons. I knew it would be an eye-opening experience and a chance I couldn’t miss.”

Some insight he certainly got, as the whole experience turned out to be life-changing for Santeri.

He did have to work hard though. Not only at the university, but equally with himself.

“I made myself a plan of developing myself, not only have fun. I wanted to be more open and get rid of my prejudices.”

The colorful environment and different behavior of people opened his eyes for the cultural differences in a good way.

“Before I was afraid to take risks, keeping it safe, but after a year of exposure, experience and knowledge, I’ve developed the courage and tenacity to do what I love, going anywhere with sheer ease. Nothing holds me back!”

Santeri will carry many of the cultural lessons learned for the rest of his life, but one feature has impressed him dearly.

“Respect is primarily abundant among locals, I found myself adapting into it. Being respectful and mindful towards others became a habit. A habit that will make me a better person.”

Four months turned into a year

After all, four months of studying at Universiti Putra Malaysia didn’t satisfy his needs of cultural exposure. Santeri’s degree in Finland requires a five months internship, so he decided to take advantage of his location.

There was to be a delay, however, as he needed an extended student visa for the internship. It took couple of months of traveling, bureaucracy and some help from the university before he had the visa in his pocket. But soon after that everything clicked.

Santeri got hired by Supahands, a prominent start-up company in Kuala Lumpur focusing on outsourcing tasks and helping other companies grow.

“I had no contacts here, I just searched for internship opportunities on the internet. But my exchange experience definitely helped, as I learned to get in touch with the right people.”

“I grew as an individual”

Santeri’s internship comes to an end in the beginning of August and he’s planning to finalize his studies and thesis in the next few months.

“After that I’m applying for jobs in Malaysia and in Helsinki. I’m also very keen on master degree studies abroad. Now I know, that going abroad is very easy, the decision is the hardest part. But I have no obstacles in front of me anymore.”

Living in Asia gave Santeri a unique perspective on different issues within the most dynamic continent in the world.

“I was taken to a dimension which promotes the best of both worlds, keeping things modern and traditional at the same time. In Asia, I felt like I had the opportunity to achieve amazing feats. It was at first too much for me to grasp. Eventually, I grew as an individual to be malleable and adaptable.”

Find out more about studying in Malaysia

PrevPreviousAsia Exchange starts- ‘cooperation with INOMICS’
NextHow To: Ride a Scooter in Asia for Students and TravelersNext