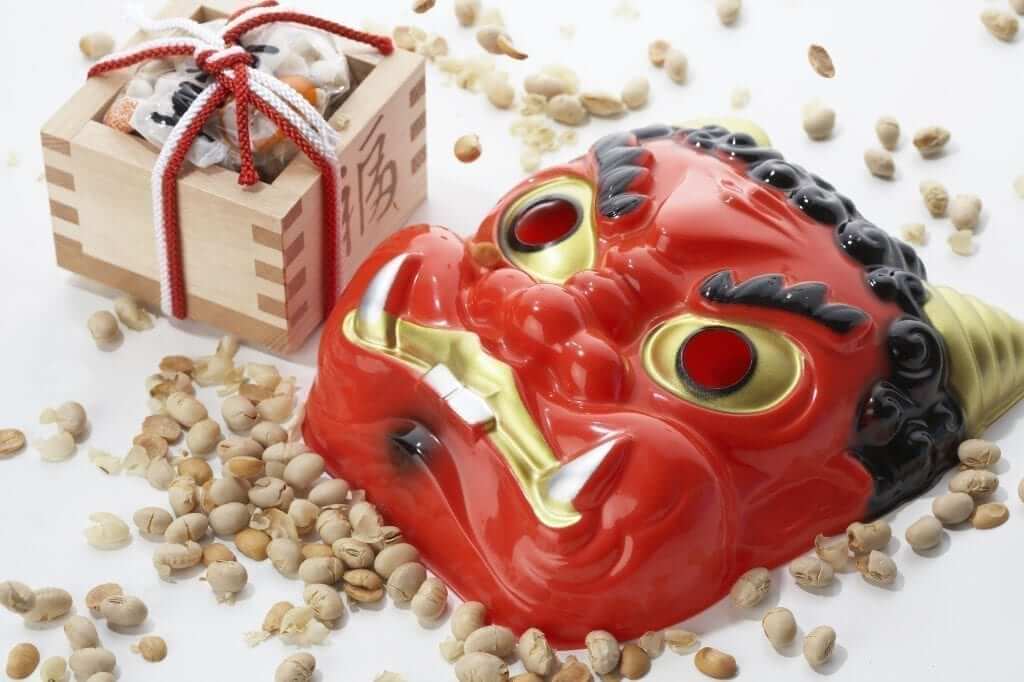 During this time of the year people in Japan are welcoming the spring with a celebration of the traditional festival called Risshun, more commonly known by the name Setsubun. The literal translation for Setsubun is “seasonal division” and the word can be used to describe segmentation between every season. However Setsubun has established its meaning as the festival that indicates the end of the winter and the beginning of spring time in Japan. The celebrations take place on February 3rd , on a day before the spring begins according to the traditional Japanese lunar calendar. Setsubun is a part of the more vast Spring Festival Haru Matsuri, which includes various events and festivities related to the welcoming of spring and moving towards summer time.

Setsubun is commonly referred to as the “bean-throwing festival”. Locals are throwing roasted soybeans, often called as the good fortune beans, for the sake of keeping the evil spirits of winter away and to bring good fortune for the coming new year. The ritual of throwing soybeans is called Mamemaki and it is usually performed by the household’s head male. Soybeans are thrown either out of the door or at a member of the family wearing a demon (Oni) mask, while chanting “Demons out, good luck in!”. As a part of the ritual people will eat roasted soybeans for the amount corresponding their age to bring good fortune. 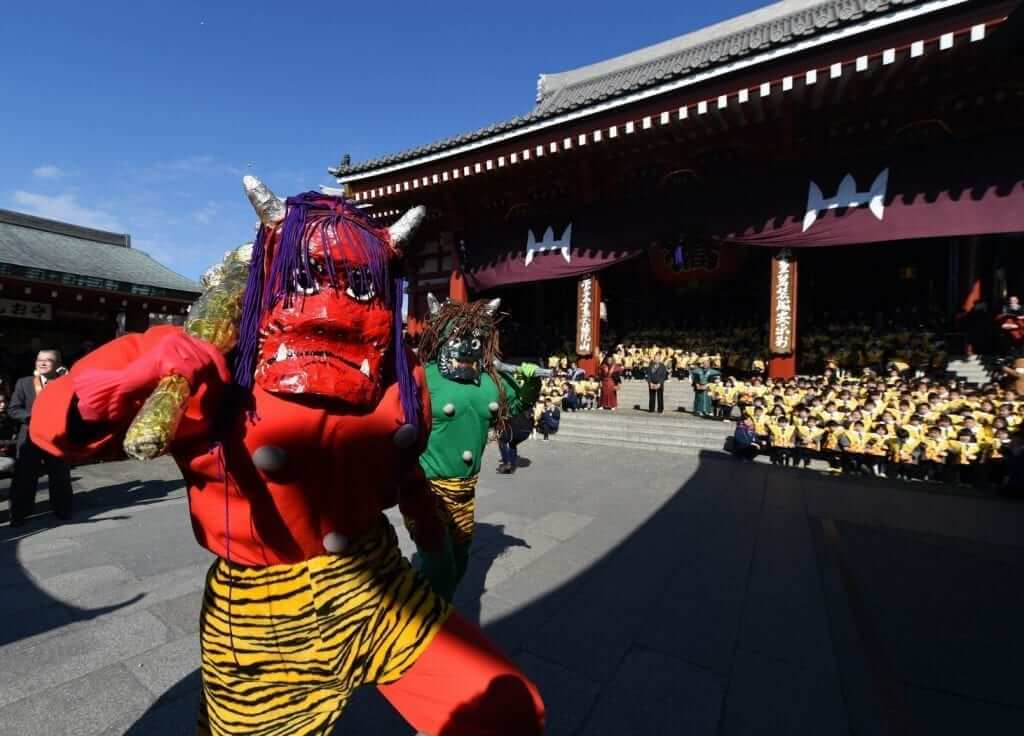 Many temples and shrines are hosting Setsubun festivities. Festival rituals include guests throwing soybeans at performers dressed as demons.

Mamemaki is still a common practice in the households during Setsubun. Many people are attending to festivities organized by temples and shrines where the ritual of mamemaki is performed as well. The Narita Fudoson Temple in Neyagawa is hosting the largest Setsubun celebrations in Osaka. Traditionally people are gathered to take part in large mamemaki rituals, where the guests try to catch soybeans of good luck thrown by the local celebrities. 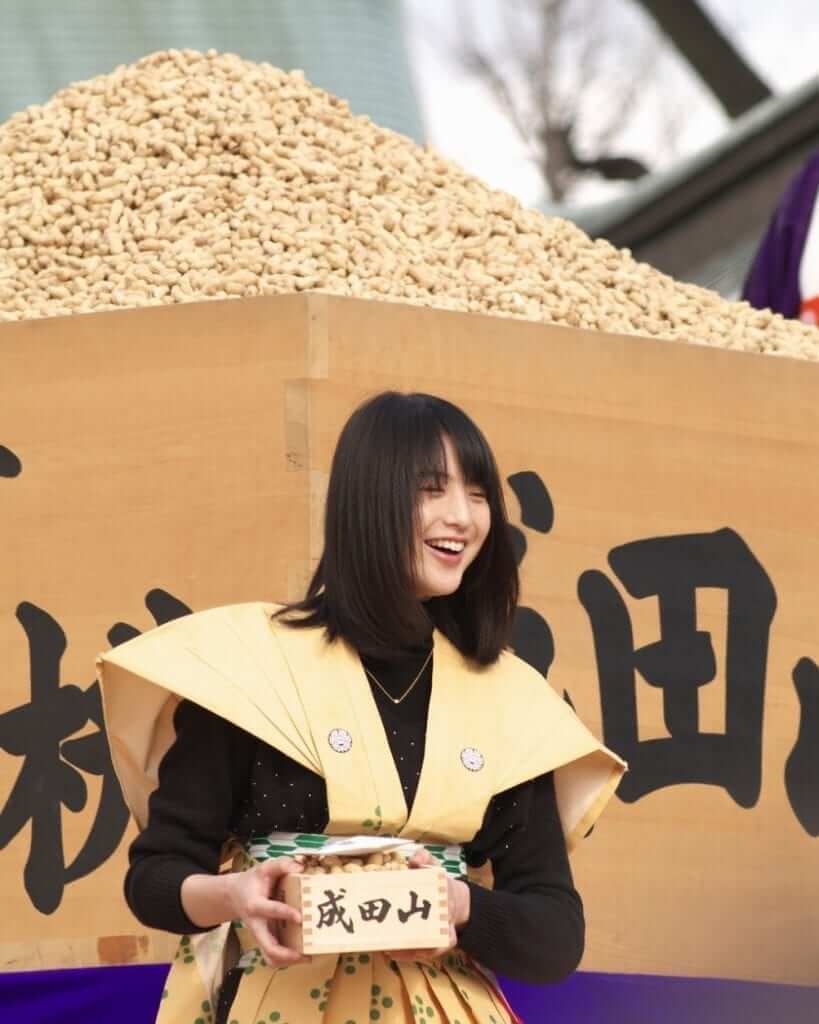 The Narita Fudoson Temple hosts the biggest Setsubun fair in Osaka. What a huge box of good fortune beans!

Around the 13th century Setsubun rituals included burning of dried sardine heads or wood to create bad smell for keeping the bad spirits away. Drums were also played loudly to scare the evil away. Nowadays you might still find house entrances decorated with talismans made of  holy leaves and dried fish heads. 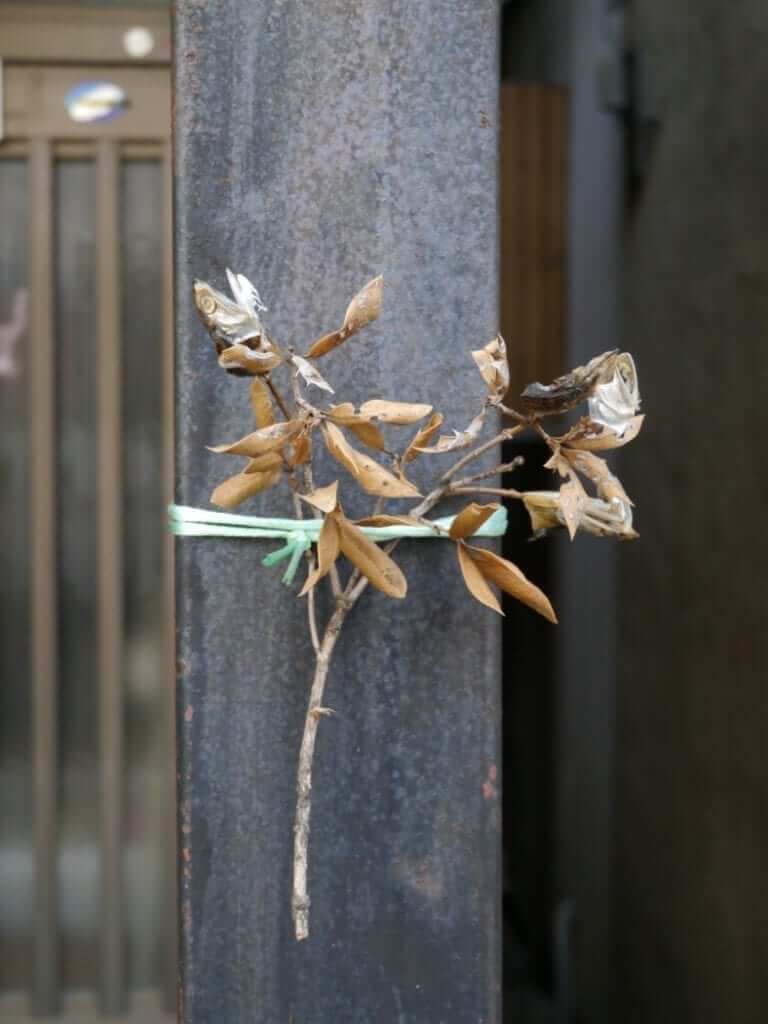 Setsubun talisman at the entrance of a Japanese house. Can you spot the dried fish heads?

During Senbutsu festivities it is customary to eat special kind of sushi rolls called ehō-maki, the lucky direction roll. Originally this ritual was customary only for the people living in Osaka area, but it has since spread all across Japan. Ehō-maki is eaten in silence while facing to the direction of the year’s lucky compass. The right direction is determined by the zodiac sign of the year. 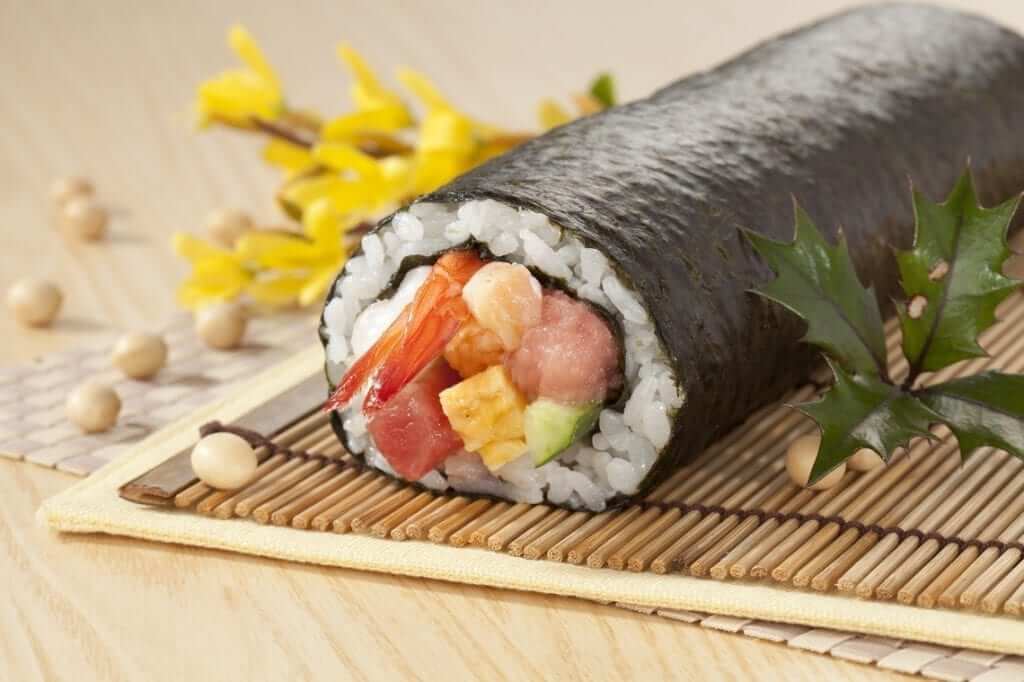 Remember to eat your ehō-maki without saying a word! Good fortune will follow.

Japanese love celebrating traditional festivals and they are putting a lot of effort in decorating and performing rituals related to them. The next big festivity after Setsubun will be the festival of plum blossoms which follows in late February. 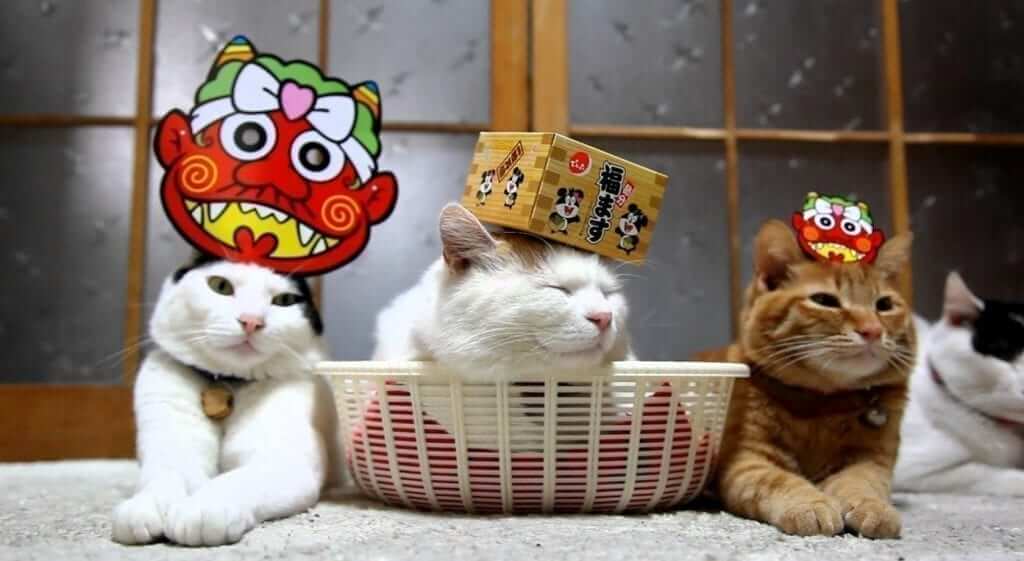 Even the cats are celebrating Setsubun in Japan!

Find out more about studying in Asia