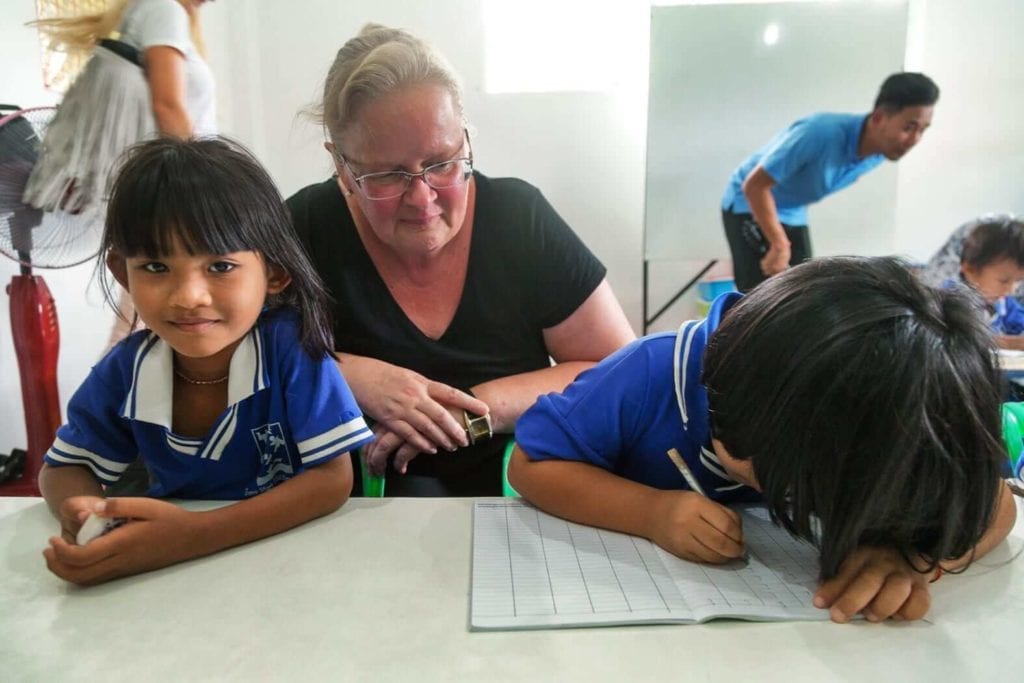 Can you study abroad when you’re over 50? Yes, you can!

Heli Metsakyla, 53, graduated as a lawyer from the University of Lapland in 2015. While only very few people ever dream of getting a second university degree, even fewer decide to go study abroad in Asia after their graduation.

We admire people with such courage and willingness to keep on educating themselves. We are pleased to share Heli Metsakyla’s inspirational interview, as recorded in Phuket during her first week of the exchange semester – please read it carefully and see what you can learn from her. 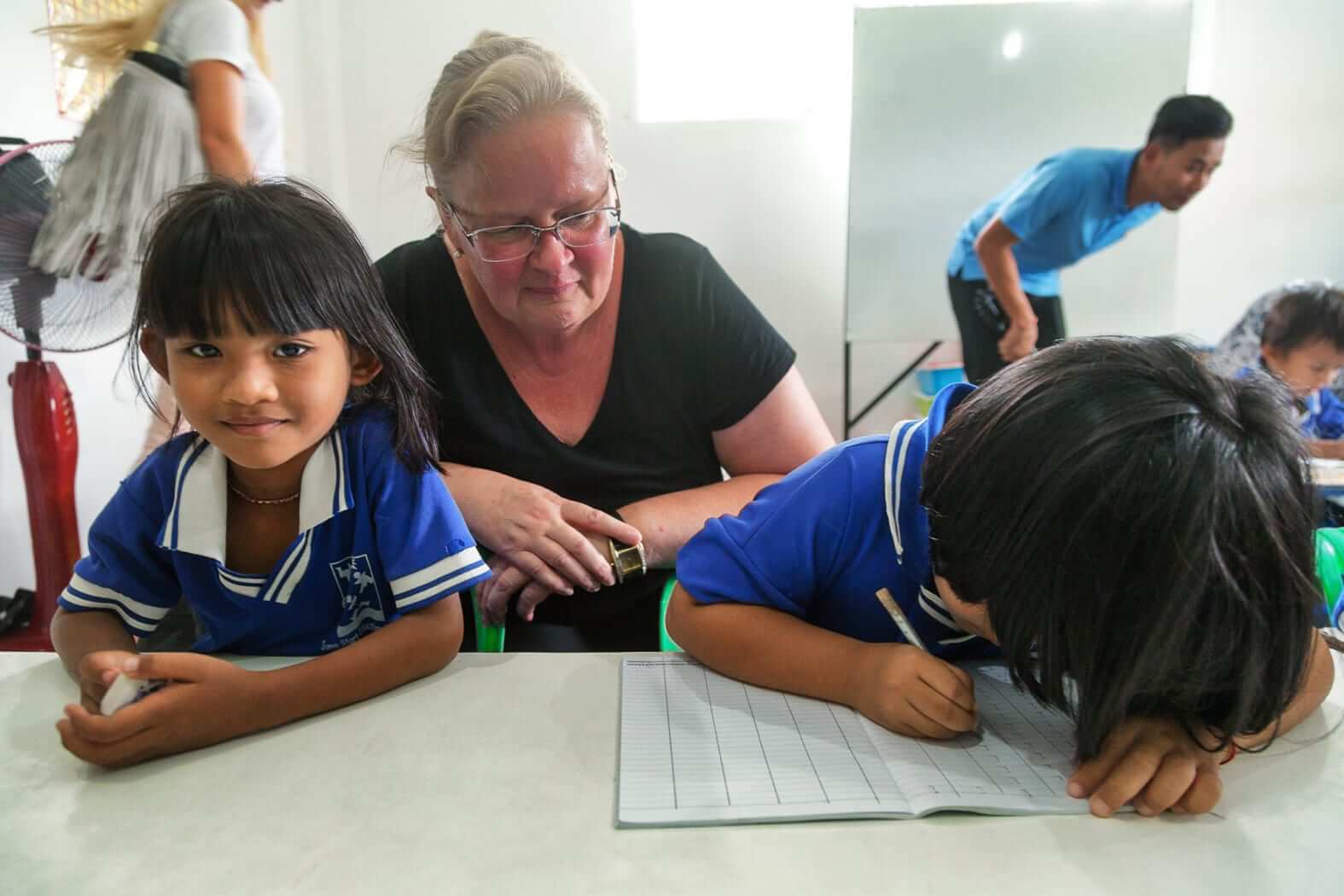 Heli Metsakyla decided to go and study abroad in Thailand in her 50s, after recently having studied her second university degree and graduating as a lawyer. Here she is visiting Jump Start Education Center for Burmese students in Phuket.

Thank you for taking the time to share your story with us Heli, and welcome to Thailand. Could you first tell about your background, and how ended up deciding to come and study in Thailand?

Of course, I would love to inspire more people to do what I’m doing.

So I just graduated as a lawyer about one year ago. Before going back to university, I was working for almost 25 years. I used to work in labor administration as a public servant. As soon as my fifties started approaching, I started thinking what I would do with the rest of my life. Because of this so-called ‘mid-life crisis’, I decided to rearrange my life, and went on to study at University of Lapland. And after four years of hard work, I finally graduated as a lawyer.

So far, I have done all of my studies in Finland. I graduated from high-school in 1982, and continued straight to the School of Economics where my first degree is from. Of course, the study environment now is very different from what it was in 1980s – back then we didn’t really even know about globalization as we do today.

We didn’t have Internet, let alone cellphones – so the ways of learning have changed in that sense. However, the very basics have remained the same: you still have to attend the lectures, and all the tests are still taken the same way: on a paper, using a pen. Gathering information is where the biggest changes are, as most of the books are actually e-books. The internet has certainly changed the way we study now.

While in law school, I noticed that my language skills were not enough. I was of course taking classes in law-related English – but I noticed that I would like to learn to speak more fluently, and so that it wouldn’t be such a hard task to just open my mouth and start talking in English– and I felt like something had to be done about that.

Another factor is that I made my thesis on human rights – and I’m looking forward to get to work on the field of human rights at some point of my life as well. That if something is global – which means that your English must be fluent. So these two things really made me think that I would need to go on an exchange. I saw a poster from Asia Exchange on the University notice board, and that’s when this idea of studying abroad really started becoming reality. 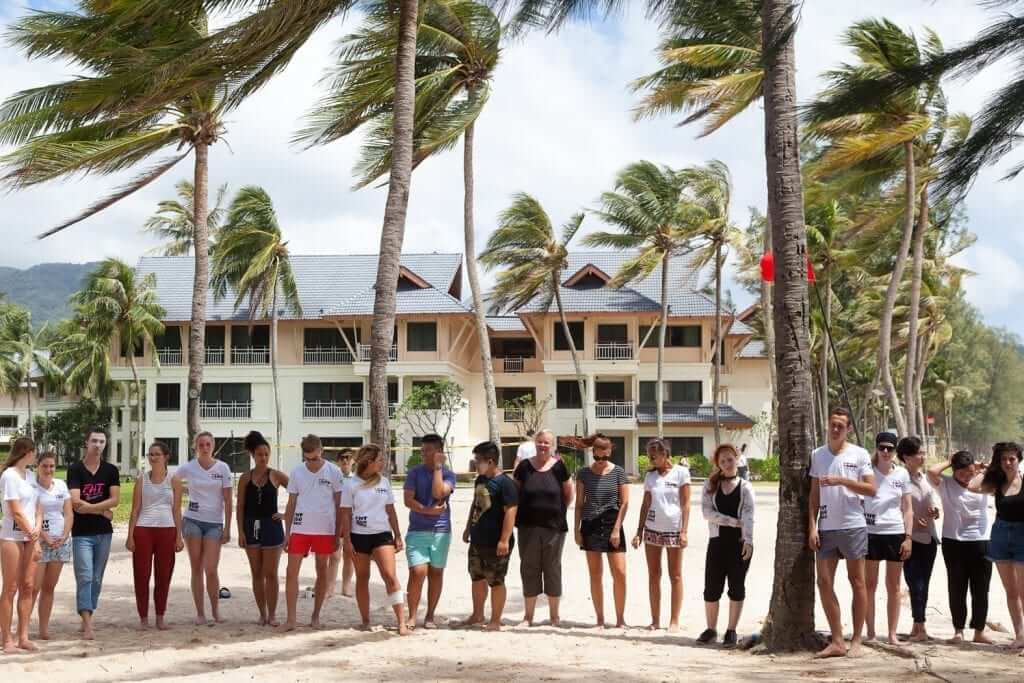 Despite being some 20 or 30 years older than the average Asia Exchange student in Phuket, Heli is taking part in some of the organized student activities, like the team-building session on the beach, as pictured here.

The vast majority of Asia Exchange students are between the ages of 20-30. How has it been for you coming to Asia as an older-than-average student?

I was slightly prepared for the experience of joining a group of younger students, as I just was studying at the law school. However, in Finland it is not that uncommon for people to go and study for their second or even third University degrees, so being a little bit of an older student is not so special over there really.

Here in Asia, being here as an older student has definitely raised a fair bit of attention, especially among the Asian students and staff. Asian exchange students and Thais have been asking me very directly “How old are you?”, “Why are you here”, “Why are you here?”, “Where is your husband and your family?” and such questions. So they are really a little confused about my decision. I’ve gotten to answer these sort of questions more often than not. (laughs!) The Europeans seem to be a bit more “cool” about this matter – where the Asians are interested, in a very positive and curious way.

What are you expecting to get from your study abroad semester in Thailand?

From my time abroad, I’m mainly hoping to improve my English language skills. I really want to practice both my spoken and my written English. I have traveled a bit before as well but I’ve never been to Thailand. Although studying will be my number one priority while here, one place I really want to see in particular is the bridge of river Kwai. 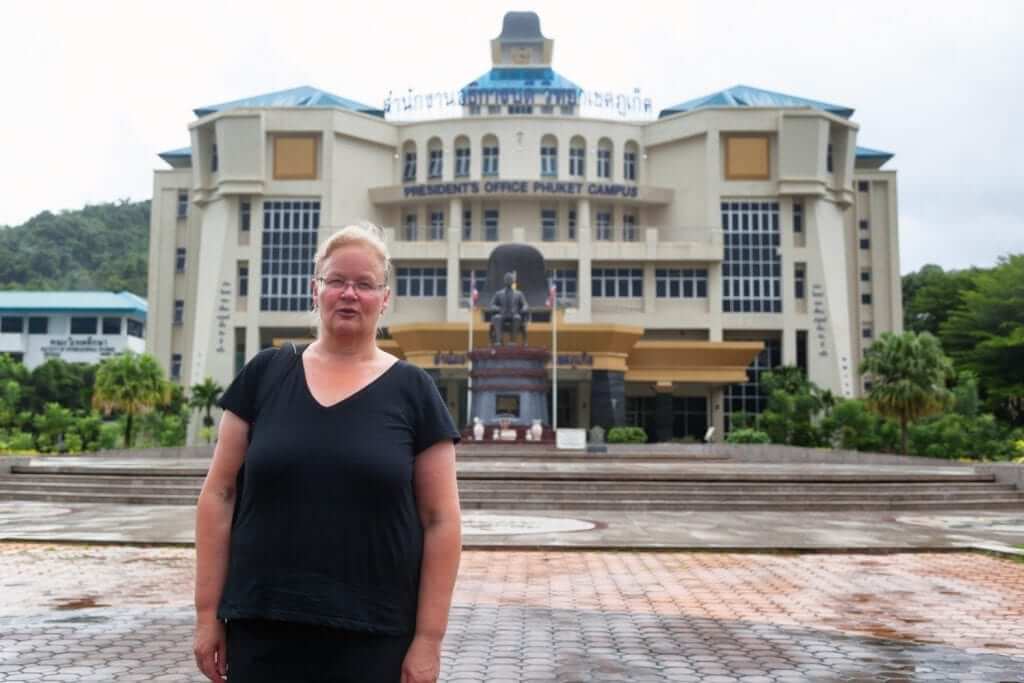 We are wishing Heli the greatest semester studying at Prince of Songkla University, Phuket.

What would you like to say for any person who is past their 20s and 30s, who is considering studying abroad?

For anyone who might be a bit over the median age of people going to study abroad, I would say “GO FOR IT!”.

If you are interested in going, just be brave and do it. I do need to add, that if your mid-life crisis is at its worst, you might want to wait a year or two until you’re slightly past the worst. Over here you are going to have to face it, thanks to the positively curious questions from all the younger students.

Finding the courage to leave your comfort zone and to put yourself into new situations is what really makes your life interesting in the end! The whole process of applying was made so easy that there’s nothing to be afraid of there. So for anyone willing to develop and educate themselves and grow further as a human: face the challenge, there’s nothing to be afraid of!

PrevPreviousGiving Children Hope and a Future
NextFrom Lapland to BaliNext