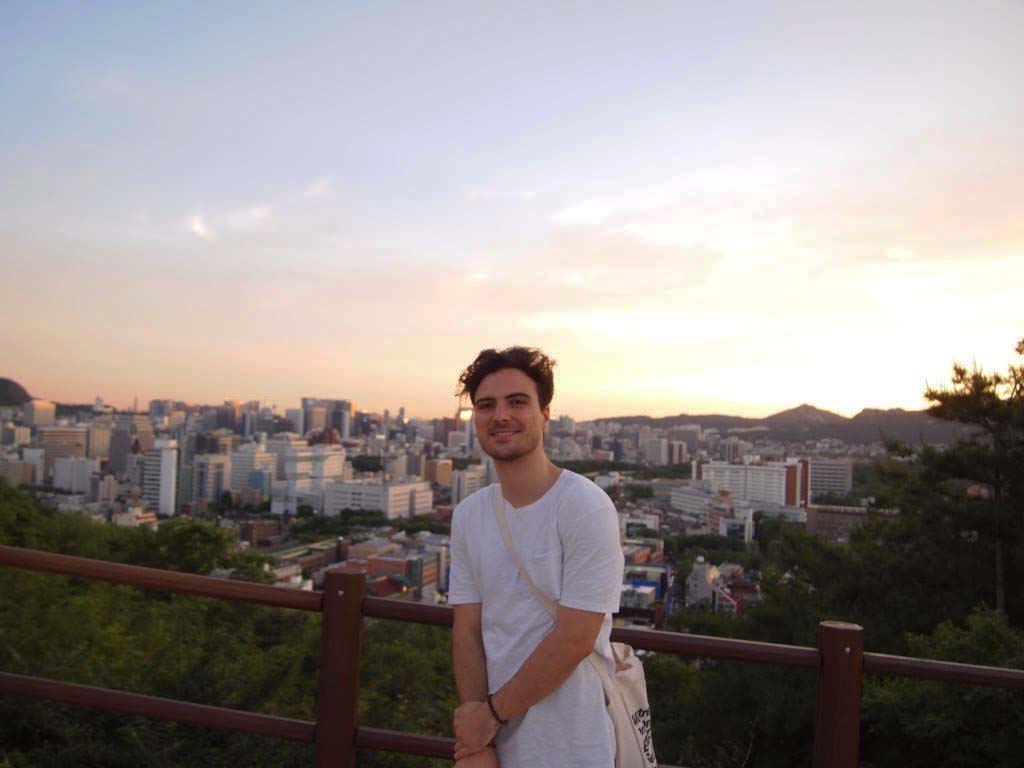 Enjoying The Big City Buzz – Get to Know Our Ambassador Niklas

“I think it was definitely one of the best times I’ve had in my life.” – Niklas from Germany

Lately, I got the chance to Skype our former student and current ambassador Niklas to get an update on where he is now. He also answered a lot of burning questions about his study abroad year in magnificent South Korea.

Our former student in South Korea Niklas is originally from Germany, and he studied in Vienna and Amsterdam. For his exchange year, he decided to follow his heart and go to Seoul, South Korea. In Seoul, he studied at the well-known Hankuk University of Foreign Studies (HUFS) back in 2015. Nowadays, Niklas lives in Amsterdam, where he ended up through another exchange semester after his time in Seoul. He managed to stay in the city, where he now works while finishing his Research Master’s degree.

Seoul in his soul

When I asked Niklas about his study abroad year, there are countless things he brought up. First of all, the feeling of longing to return.. Secondly, he mentions the big impression it left on him. Third, he speaks of the “very, very good time” he had. He also talks about the special bond he has with South Korea.

“I think it was definitely one of the best times I’ve had in my life.”

Next, we talk about the effects the study abroad year has had on his life nowadays. Niklas laughs and says, “there’s plenty actually”. He talks about the strong affection he has towards South Korea, It developed a lot when he lived there, he says. The cultural understanding of the regions and people is what he sees as one of the most important things the semester abroad in Seoul taught him. He also mentions how he hopes to be able to work in Korea in the future.

There’s a special passion in his voice when he talks about South Korea. He describes Seoul as a “happening” place and it is obvious that he misses a lot about Korea. Niklas also mentions that he met a very special person during the time in Seoul. That person is now his girlfriend and, like him, lives in Amsterdam. “Definitely something that did change my life to some extent”, he says with a smile. 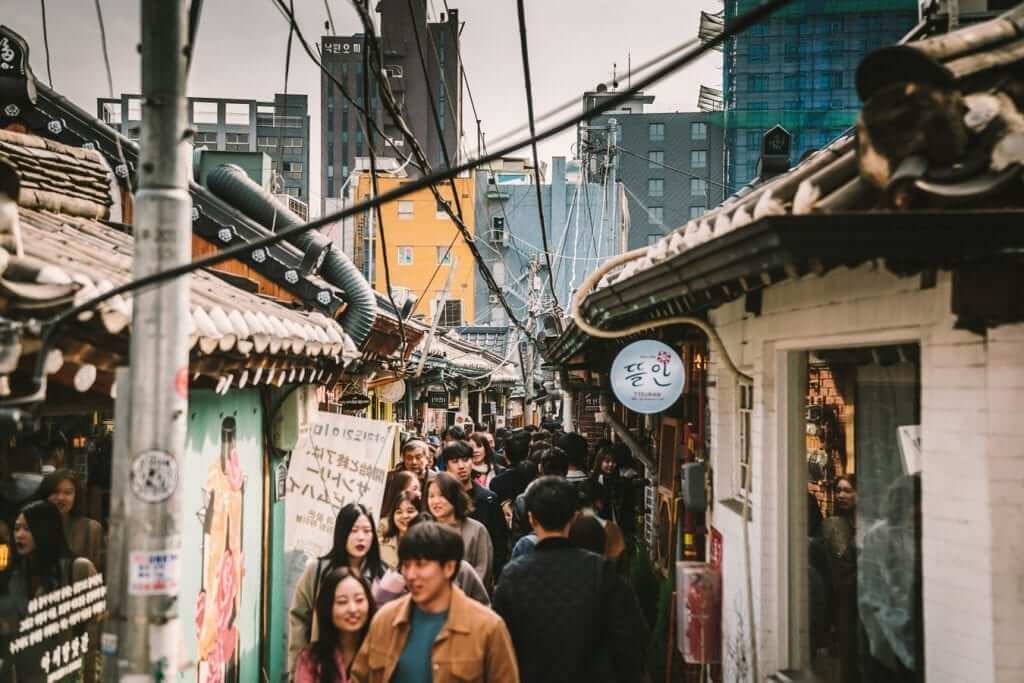 When I ask Niklas what he misses about living in Seoul, he starts with the general vibe Seoul has. A feeling, he says, you can’t really get in Europe. “I just think there is nothing comparable in Europe, even in the most exciting cities like London or Berlin. You don’t get this big city buzz you get in a city like Seoul.” When I ask about specifics, he brings up the area of Hongdae and describes it as an “artsy student region”. He also mentions missing the regions around the Han River and HUFS neighbourhood Hoegi. “It’s not really the number one hot spot but it is really is a lovely region. Whenever I’m back in South Korea, I go there, as well. It has this really special feeling about it. It’s the place where all the students hang out, with a lot of cozy bars and restaurants around it.”

We also cover the topic of accommodation. Niklas himself lived in the International House with a shared bedroom. He didn’t like the idea at first but being there was “actually quite alright”. I ask if he would recommend staying in a dorm or a shared bedroom and yes, he would. “I still get a lot of questions from people that go to HUFS and I usually recommend them to go to one of the International Houses”, he notes. He describes living in a big dorm together with all the exchange students as a special experience. 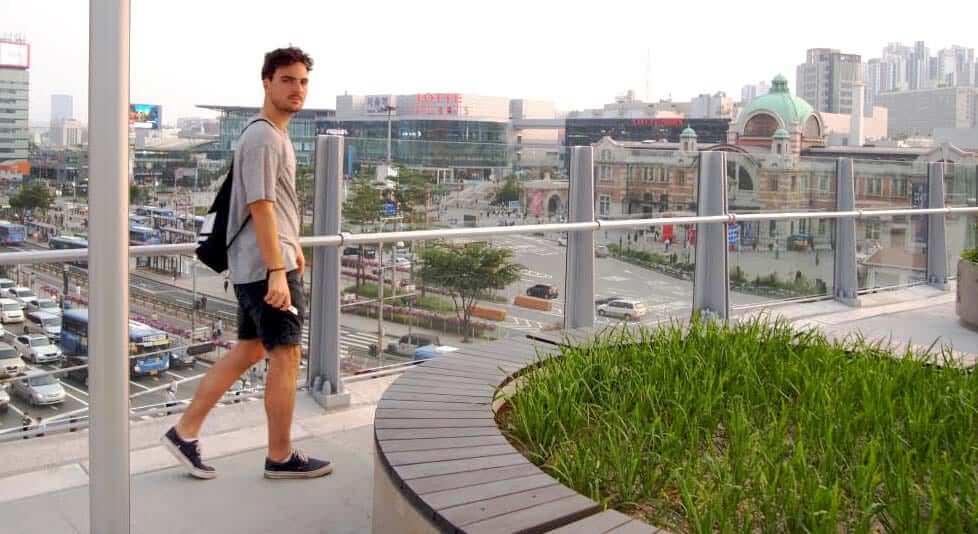 When Niklas is not in Amsterdam, he travels a lot in South Korea. From experience, he also has a few tips, although he says that South Korea doesn’t need much preparation.

“There’s also small stuff like buying deodorant before going because it’s expensive there, but there’s not anything big you should be aware of before you go.” 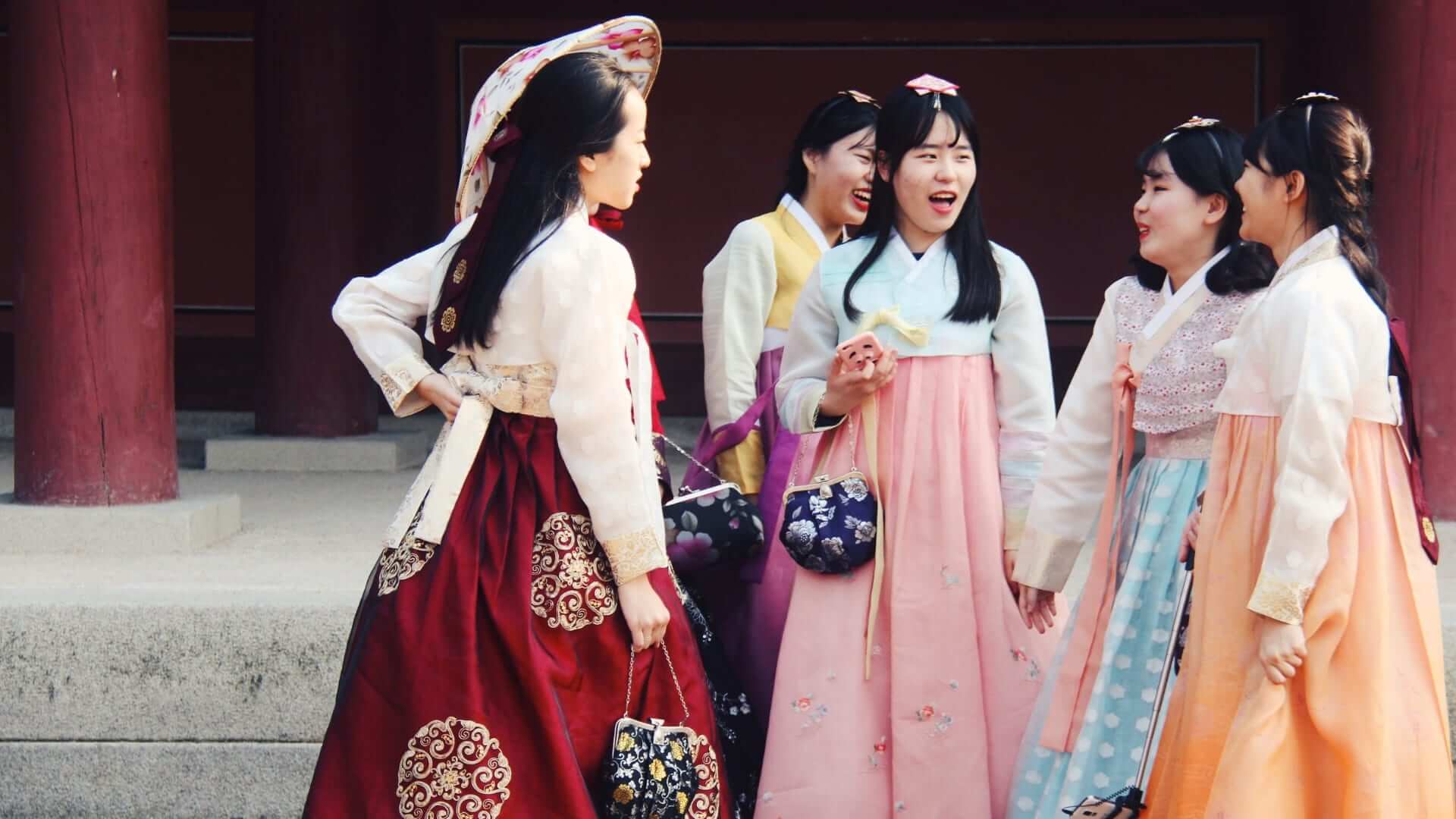 To the people who already are abroad

“Yeah there’s a lot I have to say”, he starts with a smile. He tells everyone to power through and to dive into the culture, no matter how hard of a situation you’re in.

“The only regrets I know of are about not going on an exchange.”

Niklas appears to be a big fan of Asia. I am not surprised that he became an ambassador here at Asia Exchange. I myself got a big desire to go to Seoul after our conversation! He talks about the special experience of getting a deeper understanding of not only the local culture but also about yourself and your own culture. “I could sit down and write an essay about it”, he says.

Niklas tells me that one of his favourite things is sitting around one table with a bunch of different nationalities when everybody tries their best to explain their own cultural perspective. He thinks that the more you are involved in these situations, the more you know about yourself. Experiencing different cultures means getting to know what’s ‘normal’ for others and questioning your own standards. “Some of them (standards) you change, some of them you don’t. It’s just this exposure to something that is different. I think it helps you to reflect on yourself and develop.” 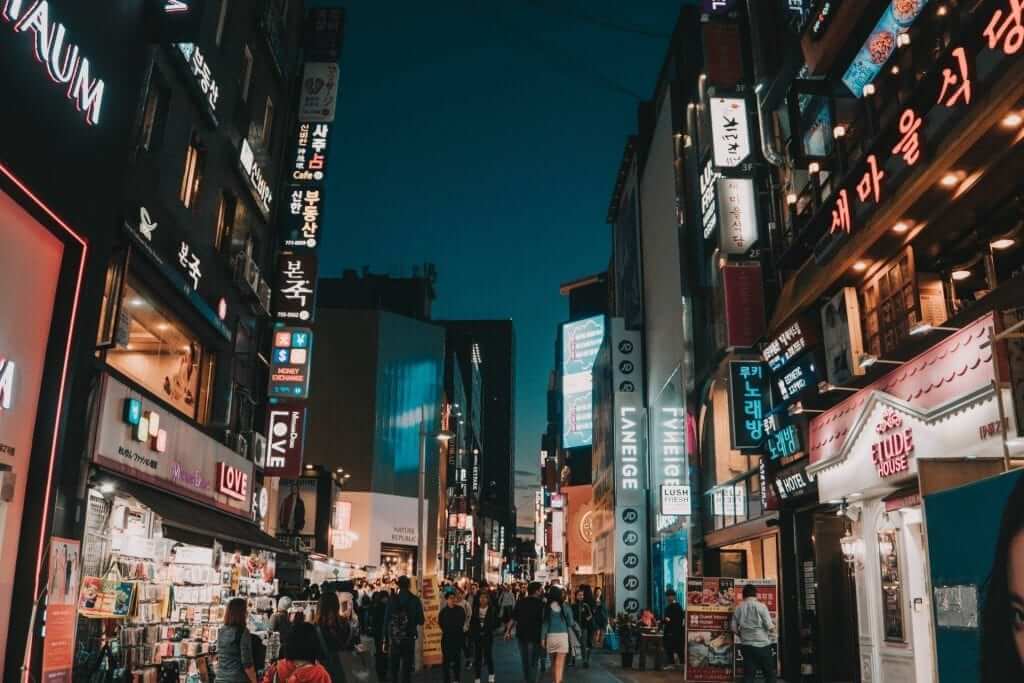 Niklas’ final statement is that exchange really changes something about a person. Students who’ve experienced living and studying abroad become more emphatic and reflected, he believes.

“I think when you’ve never lived abroad, only traveled, it’s not enough to really get an understanding of a culture. Staying in one place for a longer time and being able to make local friends and understand the local culture, cuisine, mechanisms and how the society functions – that’s just what brings you so much further in your own life. You definitely win a different view on things.”

Asia Exchange is a Finnish company providing study abroad opportunities in the Asia Pacific for students from all around the world. Want to get travel tips and new blog posts straight to your inbox? Subscribe to our monthly newsletter! If you have any questions about studying abroad, feel free to contact us! We’ll get back to you as soon as possible.

This article was written by our intern Jenna!