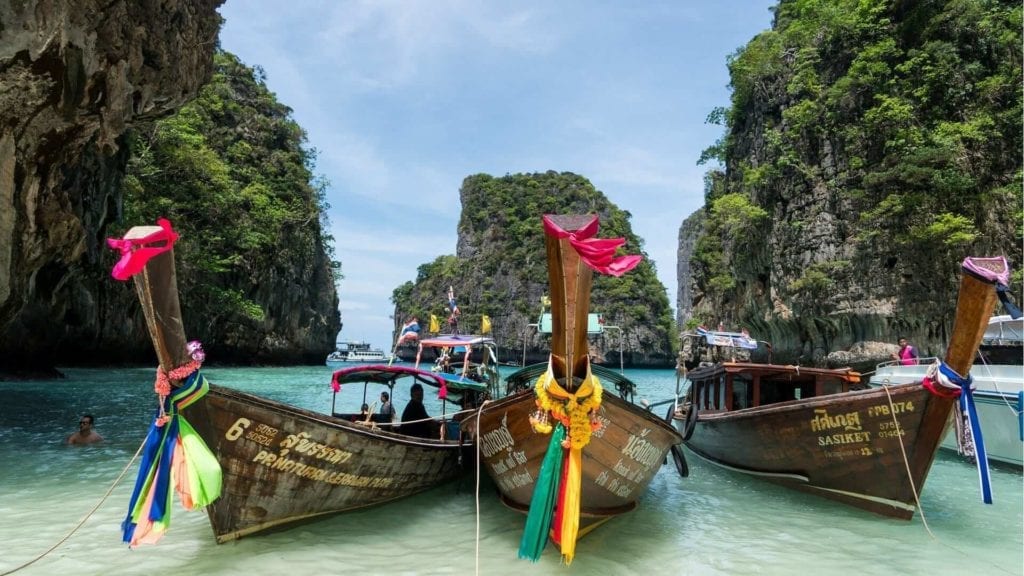 “You smile the whole time” (Dorothea in Phuket)

“You smile the whole time..”

Dorothea studied abroad at Prince of Songkla University in Phuket, Thailand during autumn 2014. She comes originally from Germany and studied at University of Bielefeld. Read her story below. 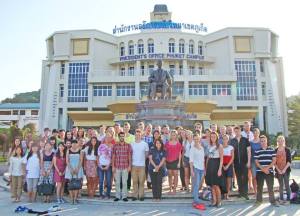 It was a spontaneous idea

“If I could just travel one last time before a job takes this chance away” – that was my only thought at the end of October 2013 being left with my Bachelor thesis for this last semester. I came up with the idea to do a semester aboard somewhere and hoped to get some new point of views and a better idea what to do for my Master’s degree. I was done with all my exams so I couldn’t see why my university should support me. Also, I knew I was too late for almost every organization (deadlines are usually a year ahead). Still I decided to do it. Because I didn’t have the budget for America or Australia I focused on Asia on my Internet researches. However, a friend of mine told me about this organization called Asia Exchange which provides quite, cheap opportunities to study at Asian universities. Both of us applied for it two days later (it takes a day to get the English transcript) and in a week we got accepted. He would go to Bali in 8 weeks while I had 12 to finish my Bachelor thesis, move back home and get everything else organized before I would go to Phuket/THAILAND. 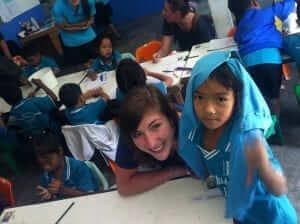 The first days in the Land of Smiles

Via Facebook I was in contact with some Germans who would take the same flight as me and we agreed that we would look for a proper accommodation after arriving in Phuket. Therefore, our first stop was a small guest house nearby the university. We ate something weird at a street restaurant and started walking around. In the meanwhile at least 20 people offered us a ride but we were told not to trust anyone so we kept on walking. Later we found out that Thais think you are mental crazy when you walk somewhere.

We met some old students at the Café who took us to a bar that night. While I was sitting at the back of the scooter I was swearing myself that I would never go that fast. When I was driving over Patong Hill the first time myself I wasn’t going faster than 50 km/h and I felt how the adrenaline rushed through my blood. At the end of the semester I could do nothing else but laugh about that! 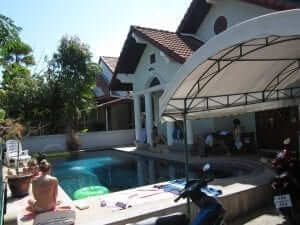 After our orientation week we were gathering the people around us who didn’t have an accommodation yet. It turned out that most of the Fins already had something so we ended up with 8 Germans and took over a villa from some former students. We shared rooms and therefore I didn’t even pay more than 110€ for a house with pool and everything. It was just perfect! Laying at the pool before you had to go to your classes made you feel very privileged! We had legendary parties, no electricity during thunderstorms, a Burmese woman who always took our garbage away (we never found out why) and we had to pay our bills at the 7/11-Shop. It was AWESOME! 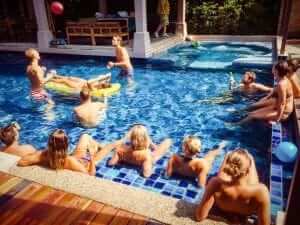 As I said I was already done with all my studies back home. So I actually didn’t need any credit points. Still, I took five courses. Strategic Management, Human Resources, Int. Business, Int. Economics and Thai. Maybe I was lucky with my choice but I really enjoyed going to the courses. Some of the courses were even better than mine back home! The teachers were fun and even though I wasn’t used to attend classes anymore and the work load was sometimes quite a bit I never felt being sick of university as it was the case in Germany. To relax on a beach after an exam or to do your homework at the pool or to prepare for a test with your roommates made it totally worth it. The university itself is beautiful, too. But I never forgot to bring a jacket to the courses because of the AC. And I never figured out how the buildings are logical arranged. I guess there is no logic…

When you live in Thailand for four months you slowly become Thai. You have your own scooter and take not only one but two person with you, you don’t care too much about being punctual, you smile the whole time, you try to bargain everywhere, you eat rice and chicken for breakfast, lunch and supper, everything over 3 € for a meal is too expensive and the weekend market is your weekly shopping and food area. Actually, food becomes really important to you because that is the way to socialize in Thailand. When you share all the food (Thai-style) or when you are allowed to eat from the same soup bowel than the rest of the family you are actually part of it. I had the privilege to visit some Thai friends in their hometowns and to experience their family gatherings at the temple. Their hospitality is not to describe with anything we call hospitality in Europe. Never have I seen so many healthy old people who smile all the time, tease their grandkids and are still curious about the world and different cultures. That was really impressive… 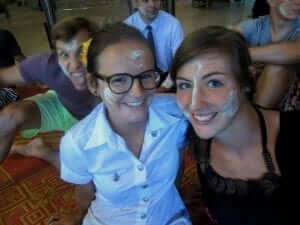 Although Thailand is very traditional in their culture they also love their Rum (Sang Som) and their music. I found myself once on a ferry from one of the islands and they were playing some music videos on TV. There was not a single person who did not sing along or even cried while watching the love music on screen. Maybe you can imagine how it must feel like to be in a Thai bar with live music and a huge crowd!

Also, Phuket has its touristy places. Bangla Road is the place to be. There is no day where you cannot party. And actually there are no words either to describe this place. It was actually Bangla which gave me my first culture shock in Phuket. But I would never want to miss all the memories I have from there. You have to see it with your own eyes otherwise you might not believe what you hear about it! 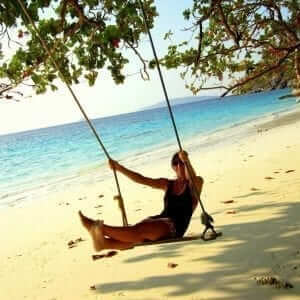 It was totally worth it!

I learned a lot about the new culture even though I thought Asia isn’t something for me. Traveling through Southeast Asia gave me the possibility see different countries for a very low budget and to see some of the most beautiful places in the world. You get a better understanding of your own culture and it makes you reflect on some of your norms and values.

The high qualities at the university made me ask my professor at my home university if I could actually get those courses on my transcript. Seeing the curriculum from the host university he did not even ask any further questions and accepted my request so that my graduation mark got even better! Some students I got to know got job offerings in the tourist industry and extended their stay. All in all I can say: IT WAS TOTALLY WORTH IT!!!

Find out more about studying abroad in Phuket

PrevPrevious“The authenticity of the area made me fall in love with it” (Thomas in Bangkok)
NextRun Colin, run! – Part 2Next