Buddhism in Thailand – What is Buddhism?

Thailand is known for the big Buddha statues and barefooted monks who wear orange robes. Over 93% of Thailand’s population follows Buddhism, and when visiting Thailand, one cannot avoid but notice the presence of this “religion”. It is always good to know a little bit about the local culture of the area you are visiting, so we wanted to share a few words about Buddhism.

A Buddhist monk, or “Bhikku walks down a street in Bangkok. While a monk is allowed to wear shoes in public, many of them walk around barefoot. One is not allowed to enter a Buddhist temple with shoes on.

Whether or not Buddhism is a religion can be argued, as the idealism is structured so that there are no gods, but rather some teachings that provide guidance that will help the follower become a good and a happy person. In Thailand, in particular, the Theravada Buddhism (which originates from Sri Lanka) practiced has taken influences from elsewhere, such as Hindu beliefs received from Cambodia, and Folk religion, followers of which believe in spirits. While some people may not consider Buddhism a religion, in the way Buddhism is practiced in Thailand, there certainly are religious aspects that are visible.

The Big Buddha in Phuket. Gautama Buddha is believed to have lived and taught around ancient Eastern India during some time between the 6th and 4th centuries, BCE.

Buddhism can be seen everywhere in Thailand. This altar or shrine is at the entrance of Siam University in Bangkok.

The “goal” of Buddhist practices could be seen as creating awareness, wisdom, and happiness – one of the most common practices known to the Western world being meditation. Following the teachings of Buddha can ultimately lead into the enlightenment of Buddhahood but the basic goal is to become more developed spiritually and get more insight of the reality that surrounds us. The elemental tenets of Buddhism are easy to remember, and also very practical: nothing is fixed or permanent, actions have consequences, and change is possible. So unlike some other religions, Buddhism is open to all people regardless of their nationality, caste, sexual orientation, or gender.

A Buddhist monk is greeted by a local person in Bangkok. The greeting where you press your palms together, and nod down is called a Wai.

Many famous celebrities of the modern age, such as Brad Pitt, Tiger Woods, Jennifer Lopez, and Steve Jobs have started practicing Buddhism. Albert Einstein saw Buddhism as the religion for the future…

Buddhism is about being kind, understanding and respectful – it is about growth on an individual level, and about becoming a person who helps and respects others and everything that surrounds him or her. When in Thailand or anywhere else in Asia, please always remember to be respectful and aware of the local culture and habits! When you show more respect towards local ways of living, you will be treated better too. Peace, love, and happiness from Asia Exchange.

Buddha monasteries are a common sight all over Thailand. This temple is in Phuket, close to Prince of Songkla University.

The five precepts of Buddhism.

If you would like to get to know Buddhism in Thailand better, a study abroad semester in Thailand is one of the best ways of doing so! Learn more about studying in Thailand by clicking below: 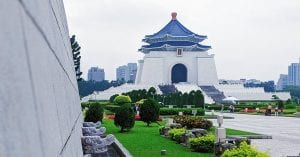 Take online courses and live in Taiwan just like Mathilde 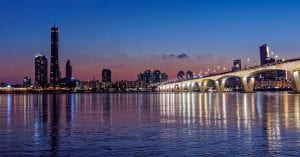 How is it to be an exchange student in Seoul during COVID-19?