Twenty years old Gideon Mease has never been overseas before. He got the idea of going abroad after meeting an Australian who was studying in the States.

“I met this international student from Australia and decided that it would be cool to be one, too. Then I looked into it and found out that it wasn’t that expensive at all!”

Gideon started to look for different exchange options for the coming fall in early May by which most of the programs were already closed. He found the webpage of Asia Exchange, many interesting programs still open, and decided to apply. Even though China was an interesting destination as well, Gideon ended up choosing the capital of Thailand instead, mostly because all of his brothers have been there before. Now, after applying, getting accepted and the 30-hour-flight, he is here in Bangkok, smiling and telling us this story, at the Siam university campus. 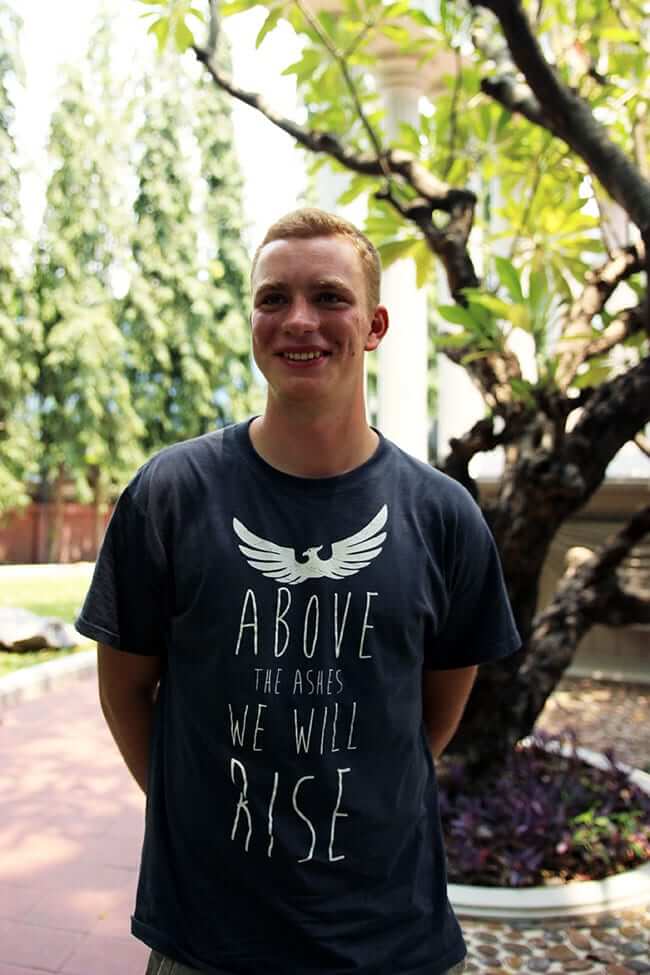 Gideon hasn’t had a culture shock yet, even though the weather is hotter than he expected.

“But Bangkok is kind of what I expected. It’s almost like Mexico honestly. I really like it here.”

One of the best things in Thailand so far, in Gideon’s opinion, is the cheap and delicious food, even though it is little funny to eat the same things for breakfast, lunch and dinner. The other favorite so far, is the friendliness of the people in Thailand who are always smiling and always willing to help – even when a common language is missing. Actually the biggest difference between Thailand and home has been the ”crazy traffic” and the fact that people don’t speak English, and even if they do they have strong accents. But Gideon finds that to be a nice part of the experience and he is already getting used to it.

Back home Gideon has been a student at Oregon state university for a year. When school is out, he works as a fireman but in the future he would like to become a naturopathic doctor. The exchange program is part of his bachelor’s degree in the U.S. He’d like to go abroad again after finishing his degree.

“In Switzerland, they have very good schools for naturopathic degrees, so I’d like to do my Masters there. After I’m done with my studies I hope to work overseas, maybe in Africa or Asia.”

This time Gideon will stay in Thailand for almost a year. Even though friends and family weren’t happy to see him leave for such a long period of time, they were excited for him to gain this experience. His two friends will be visiting him during the Christmas break and the plan is to go to meet another friend in Pakistan.

Gideon likes Siam University so far. The course selection is a little limited but there are still enough of them to choose suitable ones for your home degree.

“I could have also taken English 1 but then I decided not to. I think I might have gotten bored there!”

On his spare time, Gideon has started Thai boxing which he has never done before.

“Boxing is just awesome, definitely the highlight of my week! And I’ll probably do volleyball at the university as well.”

He also might get a bicycle because he would love to ride around Bangkok. Back home the longest trip he has ridden is around 800 miles in nine days.

Gideon liked Asia Exchange because of the clear website that was easy to follow and use. He is also very satisfied with the customer service he got already before the trip.

“I applied to a couple of online study abroad programs. The reason I chose AE is because the U.S representative was extremely willing to help. When I send an email I got an answer back right away! It was just an awesome customer service experience.”

It’s been a couple of weeks now and Gideon really enjoys his time in Bangkok.

“So far it’s awesome. I honestly love it here.”

He also has greetings to those, who are still wondering whether they should go abroad or not. 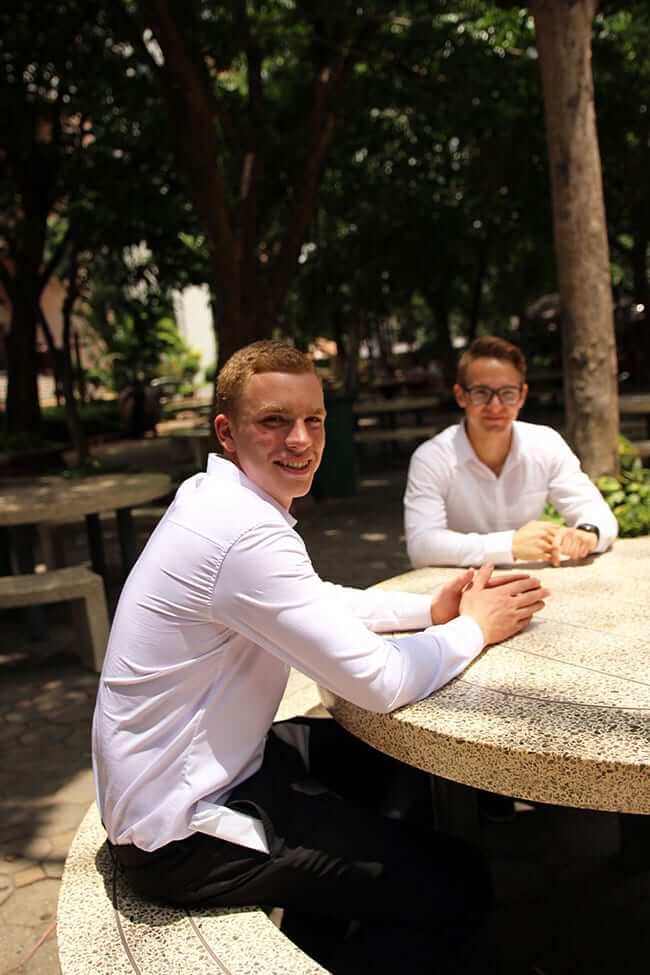 Find out more about studying in Bangkok:

PrevPrevious“On average, the courses in Thailand are as complex as in Germany” (Jens in Bangkok)
Next“I established friendships that will hopefully last for a lifetime” (Michael in Seoul)Next