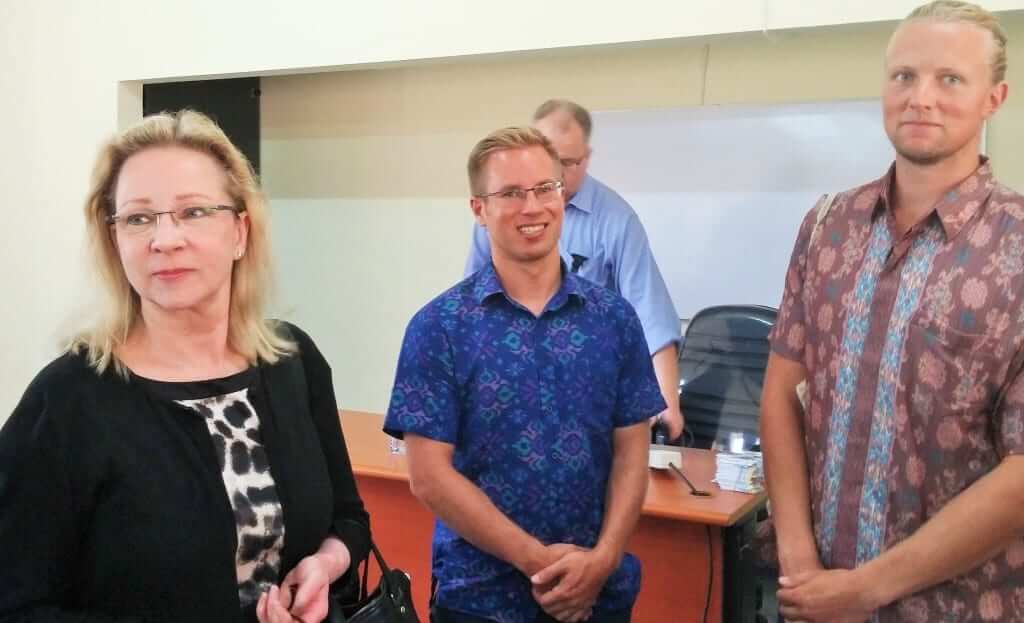 The ambassador was here!

Despite the cancelled classes many Finnish students came to the meeting to hear about the topics concerning consulates and the Embassy’s role in Indonesia. It is good to remind ourselves every now and then for what purposes embassies are here for. They mainly help travellers who have some kind of an emergency situation. Lost or stolen passports make citizens contact embassies most often. In case of sickness, accidents, crime or natural disasters, embassies are also able to help you. Sometimes they get inquiries for financial help from the tourists traveling here. It is important to keep in mind that the embassies’ ability to help financially is very limited and applies only in very specific situations.

Many of the topics brought up during the conversation were situations that students have already faced here. Indonesia’s strict visa policy and harsh law system was also discussed.

Päivi Hiltunen-Toivio was interested in getting to know more about student life in Bali. Students were asking for tips on how to co-operate with the officials and local police which is unfortunately deeply corrupted. The bribes are common but often they are the easiest way to get out of threatening or confusing situations. The conclusion of the topic was that it is usually best to obey what the officials ask you to do, no matter how unfair the system seems to be to us Europeans. Debating with the police might even make the situation worse. There is also a humane reason behind the officer’s questionable behaviour. In many cases the salary of the policeman is so minimal that the police has no other option than trying to find other ways to increase their monthly wage.

Other very serious topics like having to go to jail were also briefly talked about. Most of the western prisoners in Indonesia were arrested because of drug dealing, smuggling, or even using. In party destinations like Bali, it is unfortunately not unfamiliar that light drugs are being used. Therefore, it is good to keep in mind the serious consequences misfortunate nights out might cause for people using drugs. 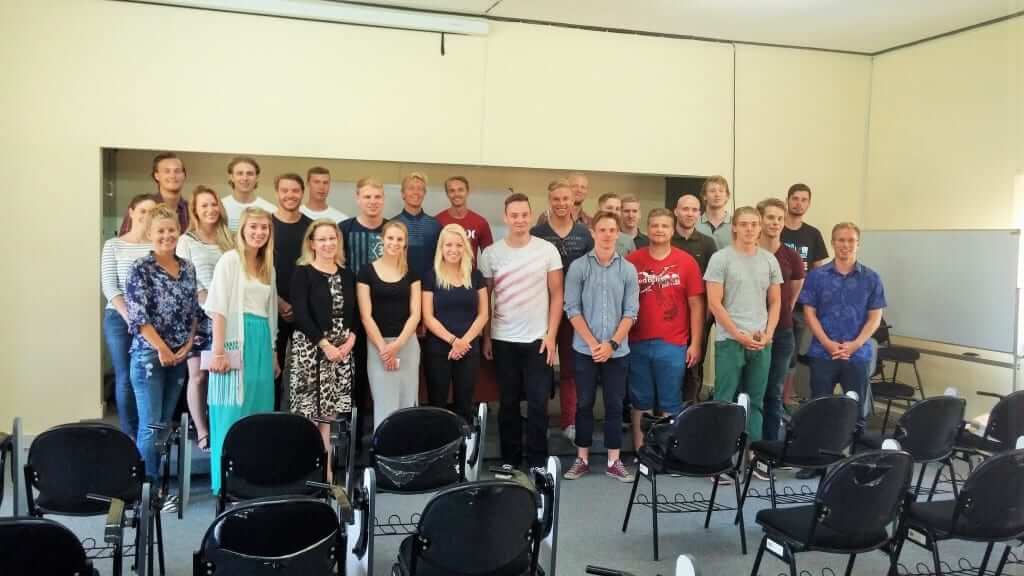 I think we all agreed that this short meeting with the personnel of Finland’s embassy was interesting and provided useful information for the students as well as for the ambassador herself. There might even be a chance that students who joined the meeting will be rewarded with an invitation for Finland’s Independence Day reception in Bali. That would be an awesome experience at the end of the semester. Let’s all hope it will happen!