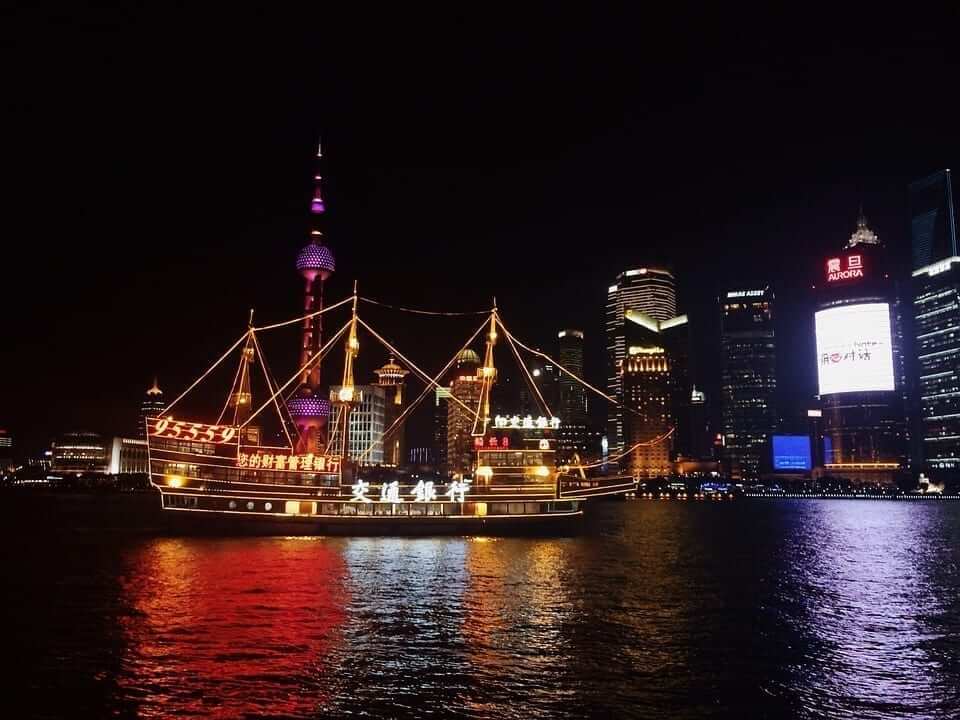 5 Things To Do in Shanghai

The world’s most populous city, Shanghai, is one of China’s greatest economic and cultural centers. It is also a gate between the east and the west where both cultures meet. Shanghai is full of things to do and it is very difficult to get bored there! Here is a small list of things that the city has to offer.

At night Shanghai looks so spectacular with all the lights! Photo by Xing419 / CC BY

The mother river of Shanghai, Huangpu River, divides the city into the west bank called Puxi and the east bank called Pudong. Puxi is the “old city” with its traditional style housing, crowded streets and historical buildings. In Pudong, things are completely the opposite as it is more Western style and most of the buildings have been built within the past 25 years. Great way to see the main attractions on both sides is to take a cruise along the beautiful Huangpu River. Depending on the cruise, you can see, for example, the Bund, Waibaidu Bridge and the oldest park in Shanghai, Huangpu Park, on the west bank, and the Oriental Pearl TV Tower, Jin Mao Tower and many other skyscrapers on the east bank.

There are several cruise options to choose from depending on your interests. Some of the boats are modern while some of them are decorated in a traditional Chinese style. Tour lengths vary from 30 minutes to several hours. It is also possible to take a cruise during night time so you can see all the wonderful lights of Shanghai reflected on the river surface. 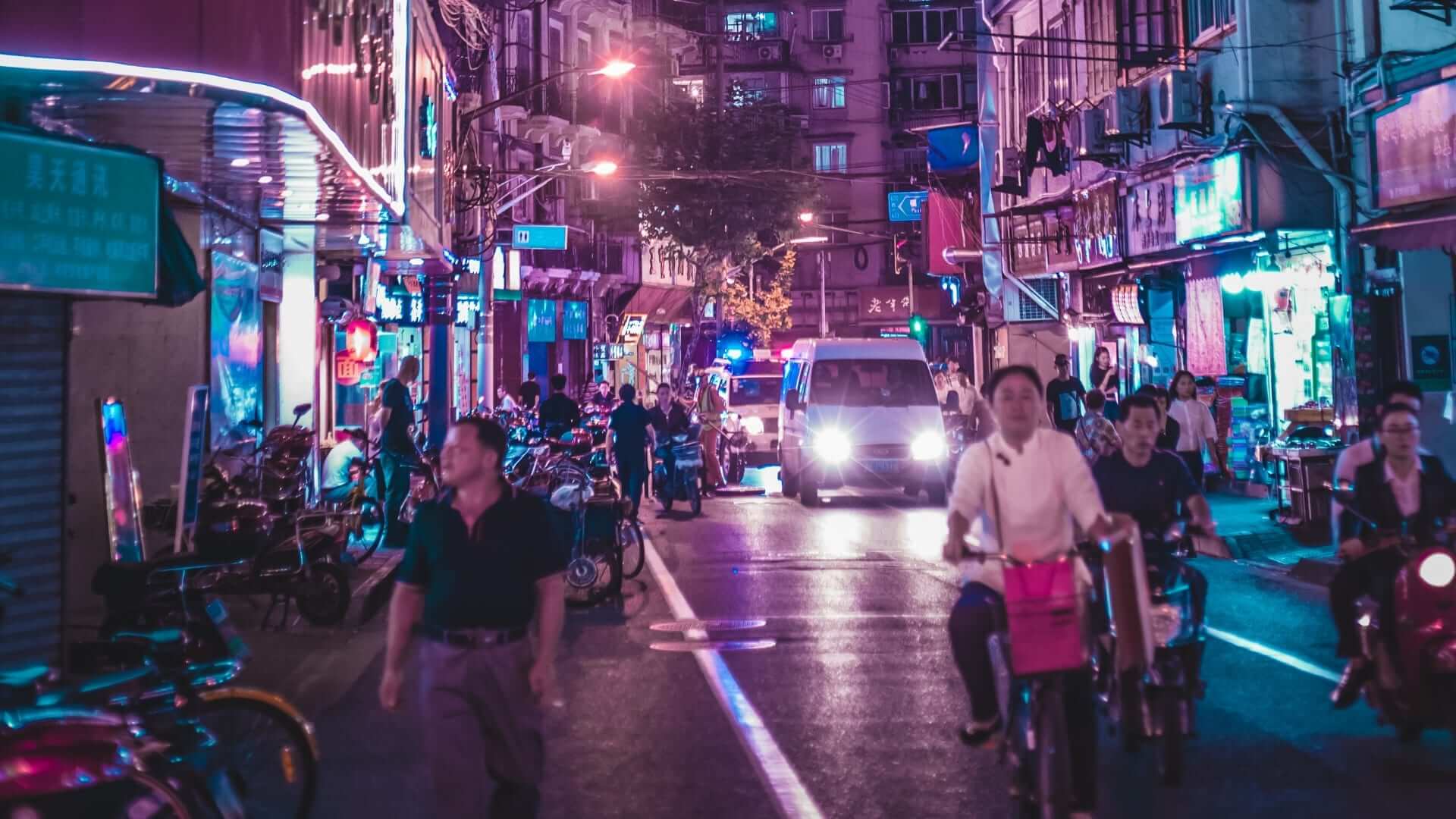 Bike tours are a popular and easy way to explore the city in Shanghai. Photo by Thana Gu / CC BY

Like most big cities, Shanghai has a lot of traffic. One way to beat it is to cycle around the city. Strolling around on two wheels is an ecological and easy way to explore the city. If you do not want to cycle randomly around Shanghai, there are several bike routes with different lengths and difficulty levels you can choose from. Especially routes along the Huangpu River and the ones in parks are popular. There are also plenty of guided bike tours available if you are not sure where to go by yourself. When cycling in the city, be aware of the traffic because you might have to share the road with cars. Remember to wear a helmet! 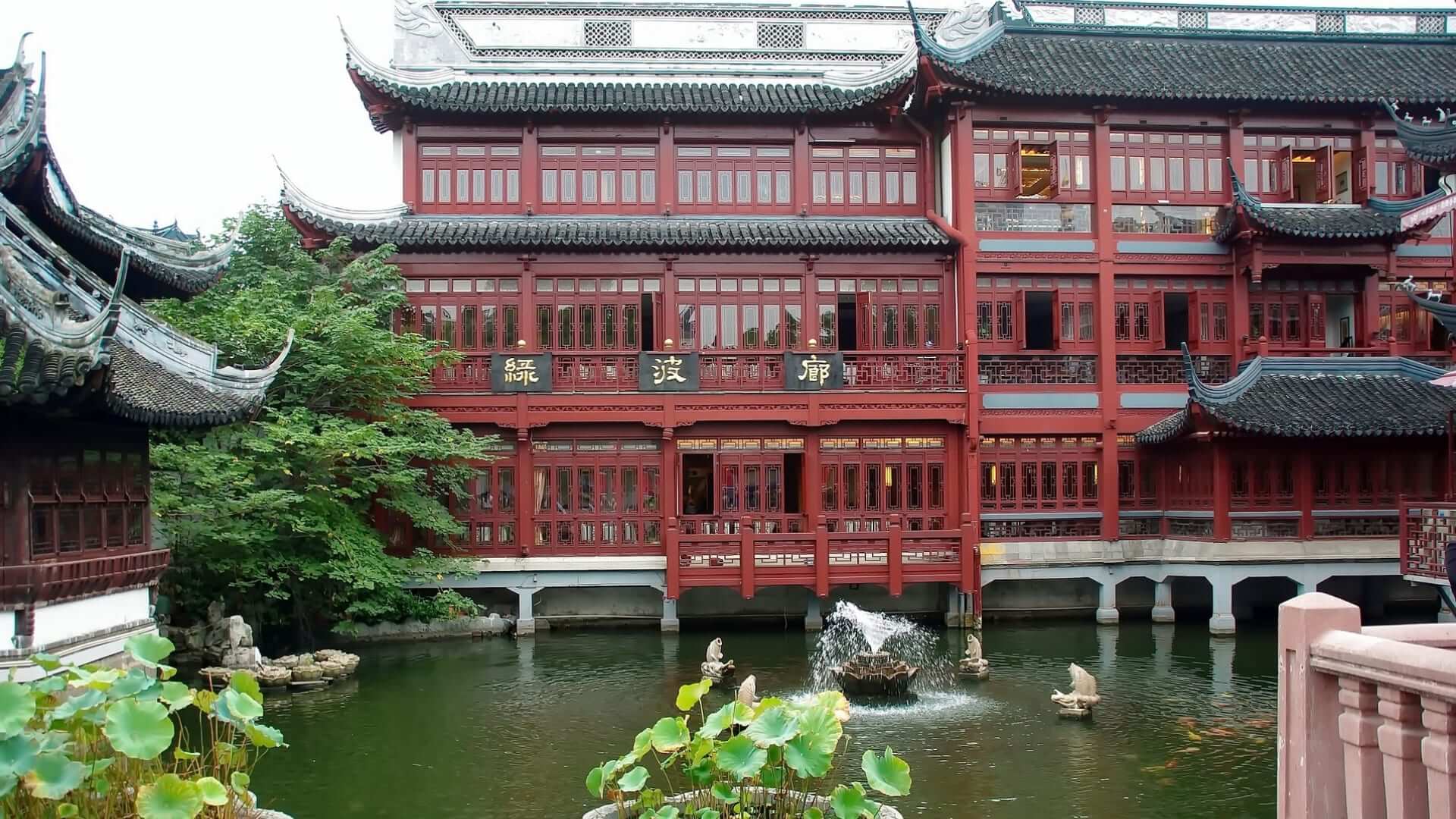 Yu Garden is a traditional Chinese park where people gather to enjoy themselves and nature. Photo by DEZALB / CC BY

Shanghai is a modern city full of skyscrapers and traffic, but it also has many idyllic parks where to relax and enjoy the nature. Fuxing Park, Yu Garden and Century Park are the most popular parks in Shanghai. During day time, these parks are usually full of people enjoying the beautiful scenery, practicing tai-chi and kung fu, dancing and playing mahjong. You can also find restaurants, street food and people selling different kinds of arts and crafts. If you want to enjoy the parks in peace and quiet, you should visit them early in the morning to avoid crowds. Please note that some parks in Shanghai have an entrance fee.

4. Head in the clouds 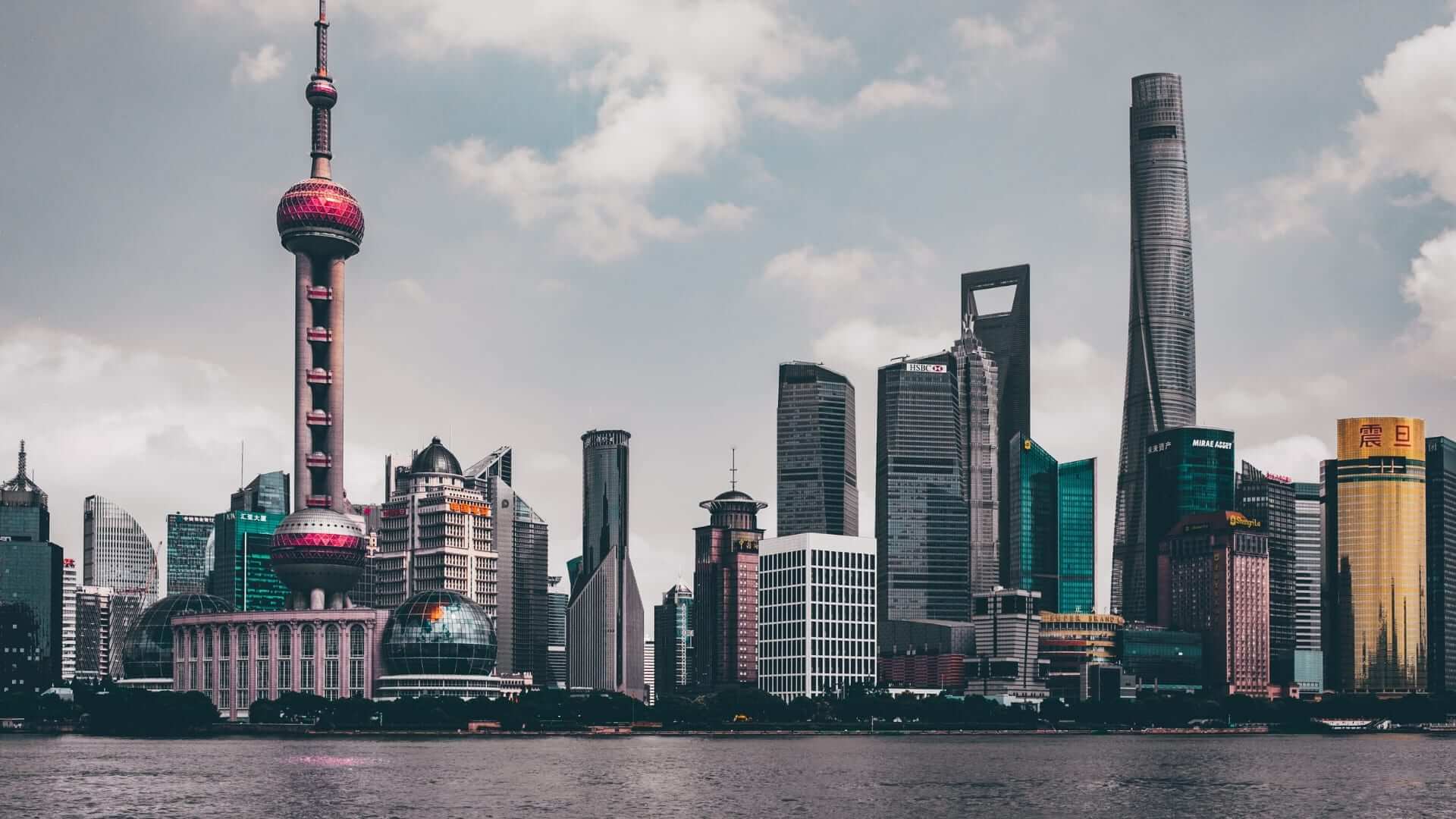 Shanghai has one of the world’s most impressive skylines. Photo by Hanny Naibaho / CC BY

Shanghai is famous for its skyscrapers so it’s not a big surprise that several of the world’s tallest buildings can be found there. Shanghai Tower even has the world’s fastest elevator! You can visit many of the tallest buildings as they have observation decks, restaurants, shopping malls and other attractions open for tourists inside them.

Shanghai Tower is Shanghai’s tallest building, but Shanghai World Financial Center does not fall far behind. SWFC is known for its stunning view over Shanghai but also for its design. On top of the tower, there is a trapezoidal hole to decrease the effect of the wind. Because of the shape of the hole, people are now referring to it as “the bottle opener”. You can even find replicas of the building in the tower’s gift shop that function as actual bottle openers. If you want to get a full 360 degree view over the city, you should head to the Oriental Pearl TV Tower as it has a revolving restaurant in 263 meters. It also has a glass-bottomed-sightseeing floor for the brave guests. 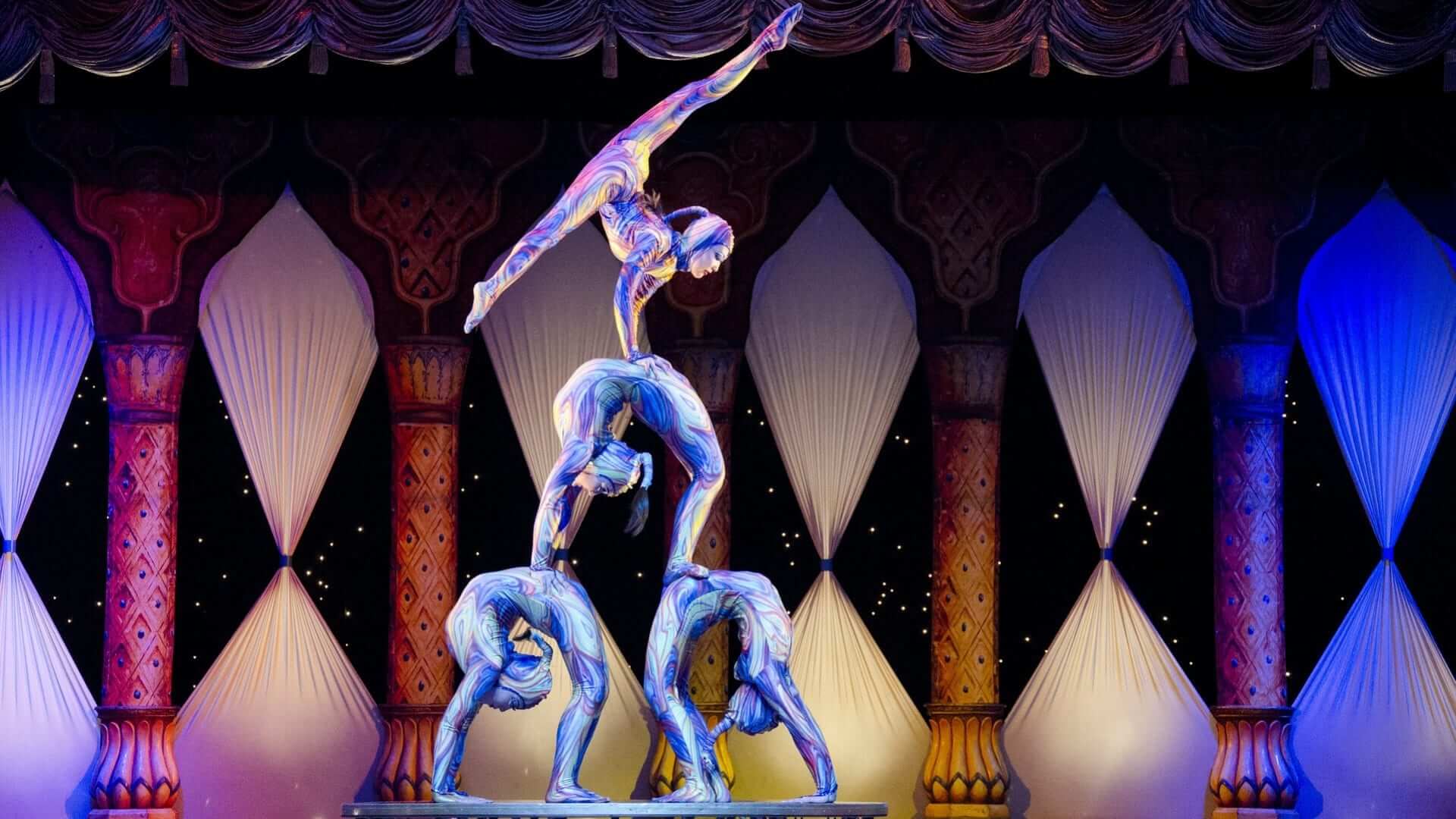 Shanghai has several world class theatres where you can see amazing acrobatic shows. Photo by IgorSuassuna / CC BY

Asian acrobats are well known around the world for their amazing tricks and flexibility. In Shanghai, there are several world class theatres such as Shanghai Centre Theatre, Shanghai Circus World and Wanping Theatre that offer acrobatic shows around the city. The shows are spectacular with various tightly choreographed and well-rehearsed acts such as acrobatics, juggling and cycling in the air on high wires. With so many theatres, there are acrobatic shows running every night in Shanghai. All the theatres have different groups performing so you should check out in advance which one sounds the best to you.

Shanghai is not only a great place to visit, but has also been voted as the 3rd best student city in the world by former exchange students and interns.