Our marketing intern and alumni, Giulia, met Steffi in Seoul, South Korea. Steffi is originally from Switzerland and has been in South Korea since August 2022. She is studying at Hankuk University of Foreign Studies in Seoul, South Korea, through the Asia Exchange program. Steffi loves outdoor activities—even Seoul’s cold weather won’t stop her. Two weeks ago, she did quite an extensive bike tour from Seoul to Chungju.

Giulia and Steffi met near campus for lunch. They went to Giulia’s favourite Panini shop right next to the campus, where she loved to go during her exchange year in Seoul. The place is always packed with local and international students and is a must-try if you study at HUFS! After getting food, they sat down and talked about Steffi’s experiences in Seoul so far. Among many other topics, Steffi shared one of her recent highlights with us: a bike tour she had done two weeks earlier. Giulia was a bit shocked that Steffi rode 120 km in the cold winter of Seoul. In November, it has been around 10°C in Seoul. However, Steffi was very confident because she used to go on long bike tours with her family all the time when she was younger.

Luckily renting a bike in Seoul is super easy. You only need your Phone, an App, and your credit card. Steffi started on Monday around 4 pm, which was much later than she intended, so she “only” drove only to Hanam on her first day. The view was already stunning during the first part of the way to  Chungju. “The Han River route is perfect for a bike ride.” Around 6 pm, Steffi arrived in Hanam, and since the sun goes down fast in Seoul, she found a hotel to rest in.

The next day Steffi woke up early and continued her bike tour at 10 am. However, she admitted that her butt had already hurt from the first day. On Tuesday, she wanted to make it to Chungju, but after only 30min her tire was flat, so she had to walk back all the way 45min to a bike shop she saw on her way earlier. Instead of being upset and giving up, she took the situation with humour “I was just thinking, hey, that is just a new experience.” During her bike ride, she very much enjoyed the colourful trees and nice cafes she saw on her way. In the end, Steffi decided to take the train from Yeosu for the last kilometers to Chungju because she had lost some time that day and still wanted to spend time at her destination.

Unfortunately, her plan to go by train for the last part needed to be revised. While searching for a train, Steffi discovered she could not take the bike with her during the week. So she had to re-plan and leave her bike at the station. When she arrived in Chungju, it was already late, and it was time to rest after the long ride. The following day Steffi went hiking. “It was beautiful! I could have stayed there for more than one night”. From the top of the mountain, Steffi could see the beautiful lake. Finally, she decided to return to Seoul by train and bus because 120km in a day seemed exhausting.

Steffi enjoyed the trip a lot. “The whole trip was really worth it.” She told me she has more plans for bike trips to cities near Seoul. In Seoul, riding a bike along the Han River in good weather is a must-do.

The deadlines for studying abroad in South Korea are still open, so apply now and start your exchange experience today! 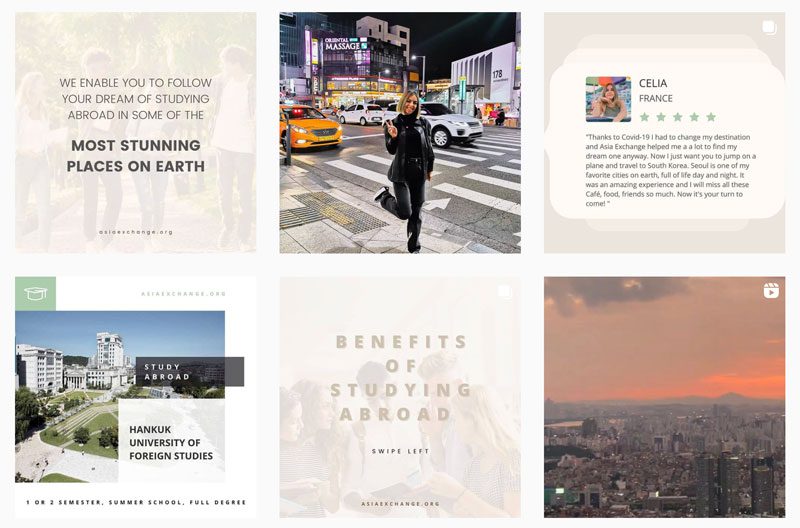